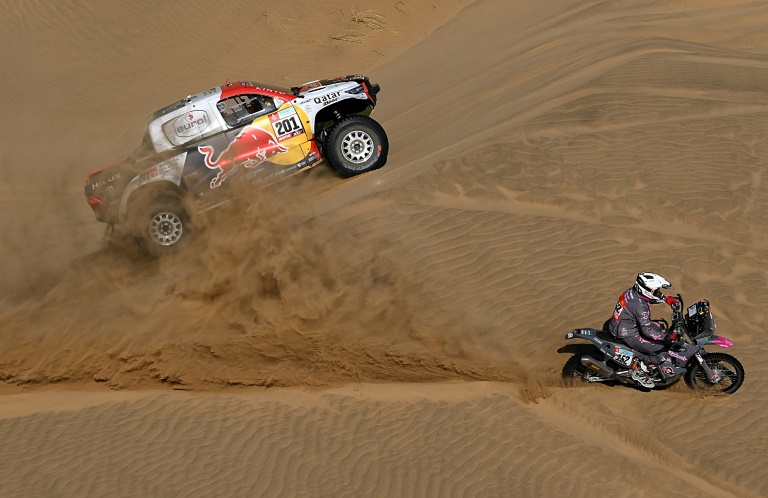 Nasser al-Attiyah is on the brink of a fourth Dakar title. AFP/Franck Fife

It was the 41st career Dakar stage success for the 59-year-old, who is also a three-time winner of the race.

Al-Attiyah -- who also won a shooting bronze medal in the 2012 Olympics -- said he would play it safe on Friday.

"To lose only four minutes or something to Seb, it's nothing, you know?" he said.

"We are in a good way. Tomorrow is a shorter stage.

"We just need to continue like this on the same pace. It is very important to win this race.

"To control the Dakar is not easy, but I think we have a lot of experience now and we just need to manage the situation and to finish." 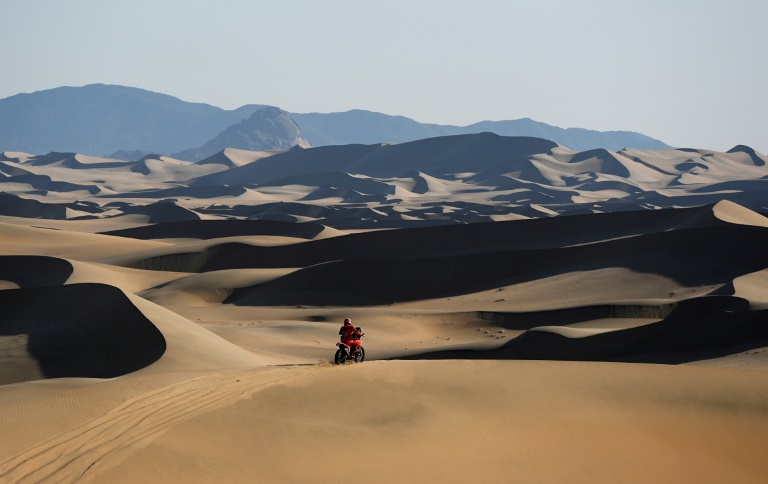 Sunderland is tantalisingly close to winning the bikes title for a second time. In 2017 he became the first Briton to win any category of the gruelling rally.

The 32-year-old Dubai-based KTM rider holds a lead of almost seven minutes over Chile's Pablo Quintanilla after he finished runner-up in Thursday's stage behind 2021 champion Kevin Benavides of Argentina.

It is the sixth time that Sunderland has assumed the overall lead in this year's event and he is experienced enough to not assume he already has the race won ahead of Friday's final stage.

The Briton only needs overnight leader Adrien van Beveren as a reference point of what can go wrong -- the Frenchman got lost four kilometres into the stage and is now over 15 minutes off the pace.

"The race is not done until you pass that chequered flag on the last stage.

"I'll just try and have a clean stage tomorrow and hopefully we can get it done."