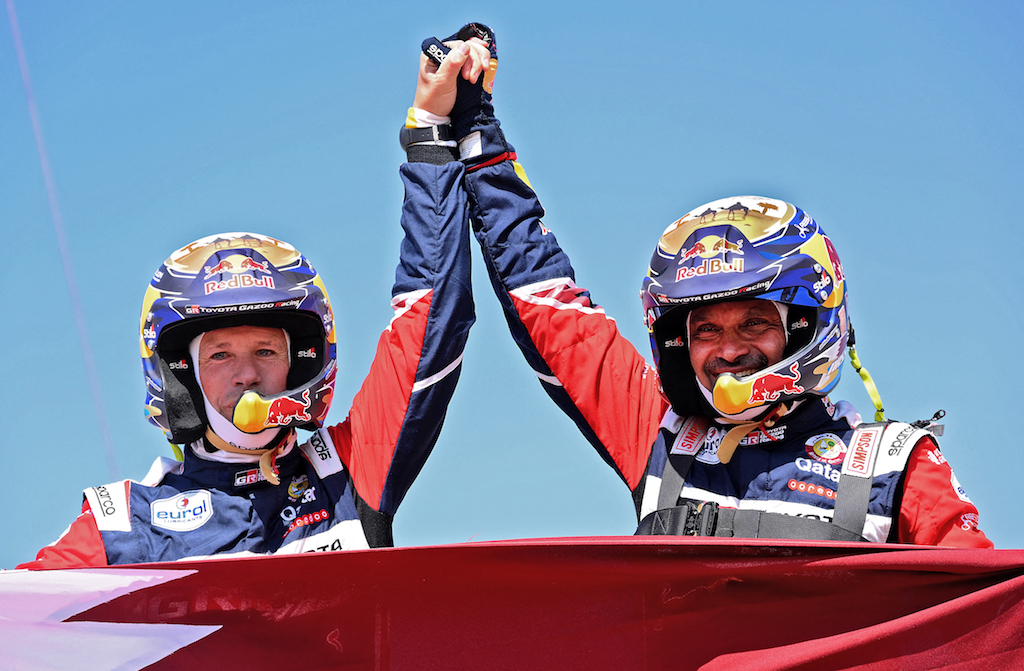 RIYADH - Qatari driver Nasser al-Attiyah won the Dakar Rally for a fourth time after the gruelling two-week trek through the Saudi Arabian desert came to a climax on Friday.

Al-Attiyah -- bronze medalist in skeet shooting at the 2012 London Olympics -- led from start to finish to secure his first win in Saudi Arabia after two runners-up spots.

"It was an incredible Dakar for us," said the Toyota driver.

"There were three solid teams capable of winning. Matthieu (Baumel his French co-driver) and I, the team, we all did a good job to win.

"We had finished second every time since we came to Saudi Arabia two years ago, now we're really happy to achieve our goal.

"The whole race went without a hitch."

The final stage was won by South Africa's Henk Lategan with the overall Dakar recordholder Stephane Peterhansel second in his electric hybrid Audi.

The German manufacturer had said prior to the race they had no aspirations of winning the overall title in what is its first entry with such a model but they did secure several stage wins.