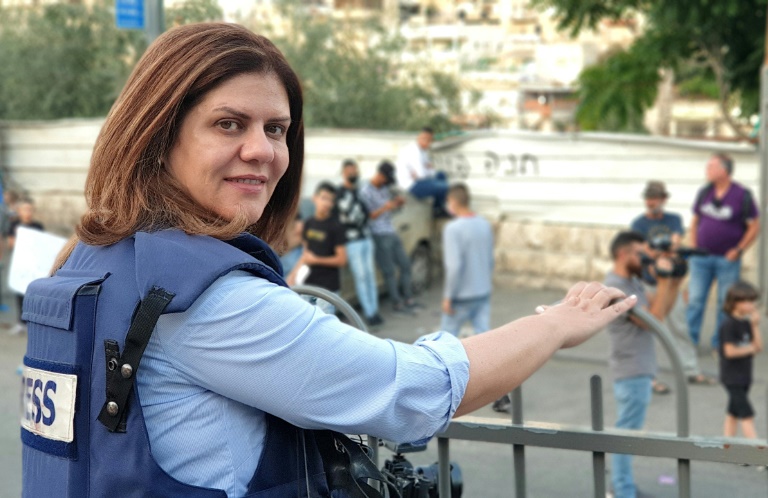 In the hours after her death, young Palestinians described Shireen Abu Akleh as an inspiration, especially to women, many of whom were motivated to pursue journalism because of her. AFP/Handout

DOHA - Shireen Abu Akleh, who was killed on Wednesday while covering clashes in the Israeli-occupied West Bank, was among Arab media's most prominent figures and widely hailed for her bravery and professionalism.

In the hours after her death, young Palestinians described Abu Akleh, 51, as an inspiration, especially to women, many of whom were motivated to pursue journalism because of her.

"She never tired," Al Jazeera senior international correspondent Hoda Abdel-Hamid told AFP by phone from Ukraine. "She was always there whenever anything happened... She wanted to be there, to tell the story, constantly," she added.

In an interview shortly before her death, Abu Akleh, who was also a US citizen, described herself as a "product of Jerusalem," with the Israeli-Palestinian conflict shaping much of her life. 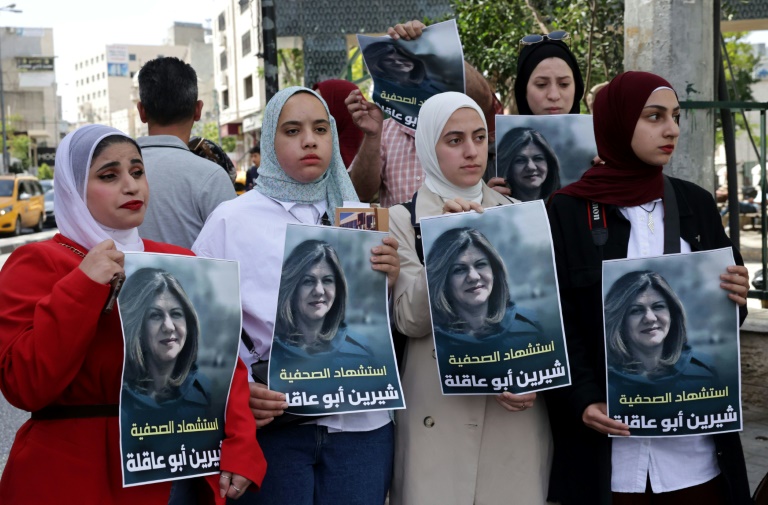 She was born in Israeli-annexed east Jerusalem to a Palestinian Christian family. Her mother was born in west Jerusalem, before the creation of Israel in 1948, and her father was from Bethlehem, in the occupied West Bank.

She graduated from university the year the Oslo peace accords were signed and then joined the nascent Voice of Palestine radio, before switching to Al Jazeera in 1997, where she went on to become an iconic personality in Arab media.

In a sign of her importance to Palestinian audiences, flowers were placed on the side of the road by West Bank residents as the vehicle carrying her body moved towards Nablus, where an autopsy was scheduled before her burial in Jerusalem.

Journalist Muhammad Daraghmeh, a close friend who teaches at Birzeit University in the West Bank, said Abu Akleh was "one of the strongest journalists in the Arab world". 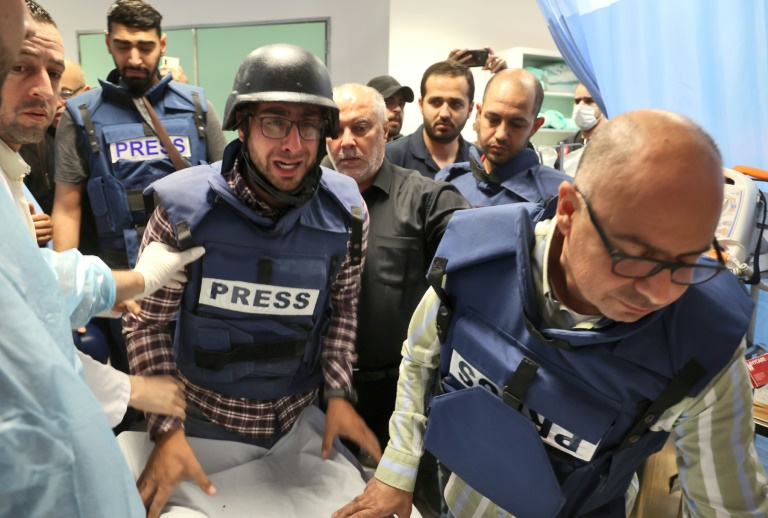 Palestinian cameraman Mujahed al-Saadi weeps as he escorts the body of Al Jazeera reporter Shireen Abu Akleh, who was shot dead as she covered a raid on the West Bank's Jenin refugee camp, on May 11, 2022

Her prominence grew through her coverage of the second Palestinian intifada, or uprising, from 2000 to 2005.

Senior Al Jazeera journalist Dima Khatib tweeted that Abu Akleh was "one of the first Arab women war correspondents in the late 1990s when the traditional role of women was to present from the television studio".

"Shireen was a pioneer in a generation that broke stereotypical gender roles in TV journalism."

Al Jazeera, the Palestinian Authority and witnesses said she was shot by Israeli forces while covering an Israeli army raid in Jenin.

Israel's Prime Minister Naftali Bennett said it was "likely" that she was killed by indiscriminate gunfire from Palestinian militants. 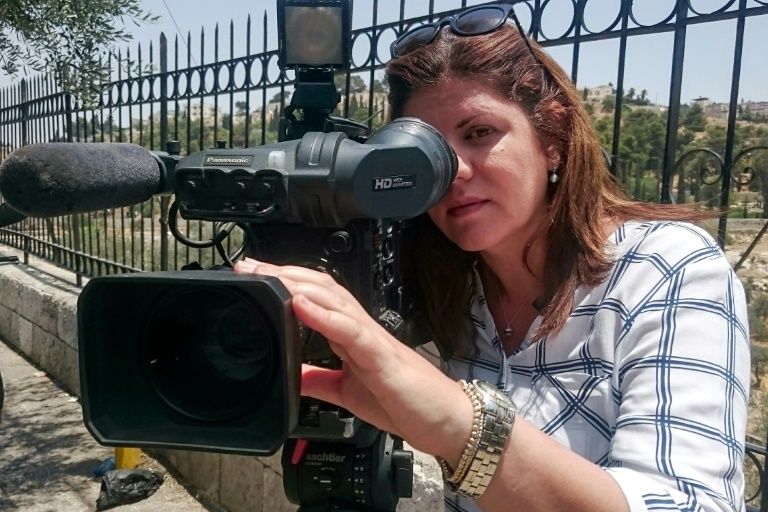 This handout picture obtained from a former colleague of Shireen Abu Akleh shows her reporting for the Doha-based news channel Al Jazeera from Jerusalem on July 22, 2017

In a recent interview, Abu Akleh said she was often afraid while reporting but made sure to avoid unnecessary risk.

"I don't throw myself at death," she told an outlet in the West Bank city of Nablus. "I search for a safe place to stand and how to protect my crew before worrying about the footage."

Last year, Abu Akleh wrote in the publication This Week in Palestine that Jenin, the place where she died, was not just "one ephemeral story in my career or even in my personal life".

"It is the city that can raise my morale and help me fly. It embodies the Palestinian spirit that sometimes trembles and falls but, beyond all expectations, rises to pursue its flights and dreams." 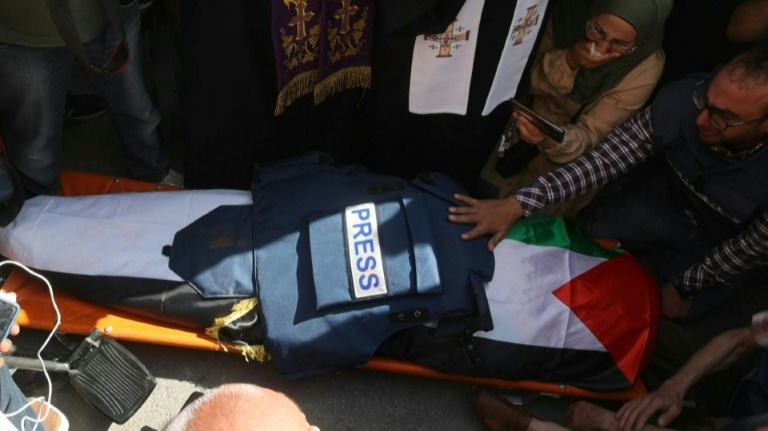