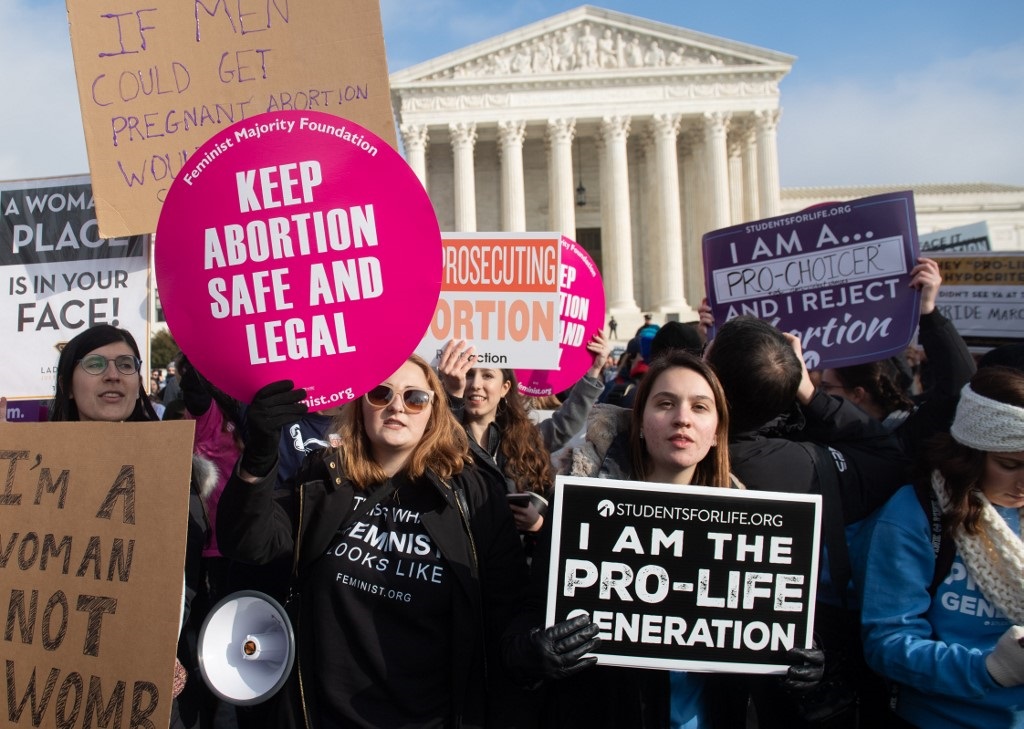 Pro-choice activists hold signs alongside anti-abortion activists participating in the "March for Life," an annual event.

MIAMI - The Alabama Senate has passed the most restrictive abortion bill in the United States, which places a near-total ban on the termination of pregnancy -- even in cases of rape and incest -- and could punish doctors who perform the procedure with life in prison.

The text passed by the Republican-led Senate Tuesday has been sent to Governor Kay Ivey's desk for signature into law and, if approved, is expected to trigger a legal battle which its supporters hope will reach the Supreme Court.

Under the bill, performing an abortion is a crime that could land doctors who perform it in prison for 10 to 99 years. Abortions would only be legal if the life of the mother is in danger or the fetus has a fatal condition.

The largest human rights defence organiSation in the United States, the ACLU, promised to file a lawsuit to block its implementation, saying the vote showed "how little they (conservative lawmakers) regard bodily autonomy."

"This bill punishes victims of rape and incest by further taking away control over their own bodies and forcing them to give birth," it added.

The National Organization for Women called the bill "unconstitutional" and said its passage would "send women in the state back to the dark days of policymakers having control over their bodies, health, and lives."

The Republican-led Senate approved the measure by 25 votes to six on Tuesday. Governor Ivey has not yet said whether she will sign the bill.

Unlike the doctors carrying out the procedures, women who undergo abortions would not be prosecuted.

Attempts to introduce an amendment providing exceptions for pregnancies conceived due to rape or incest were shut down by the state senate.