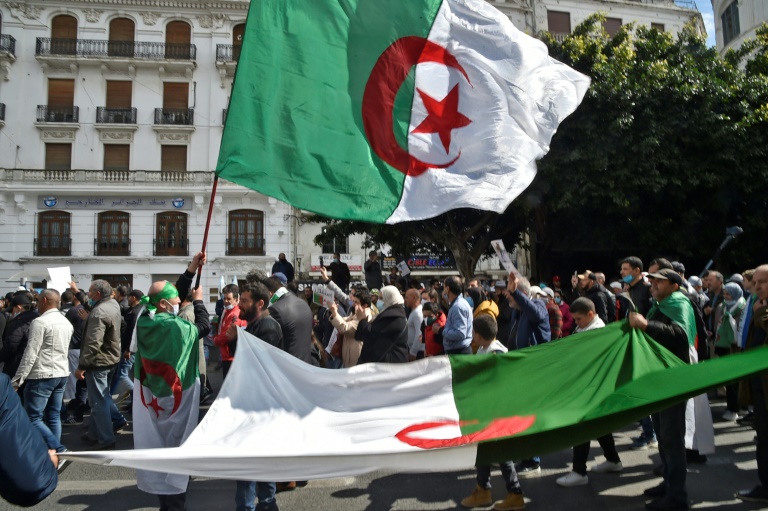 Algerians march during a demonstration in the capital on March 19, 2021

ALGIERS - Here are some key facts about Algeria, where veteran ex-president Abdelaziz Bouteflika has died two years after he resigned following weeks of vast protests against his bid for a fifth term.

Algeria, home to 44 million inhabitants, is Africa's biggest country although most of its territory is desert. 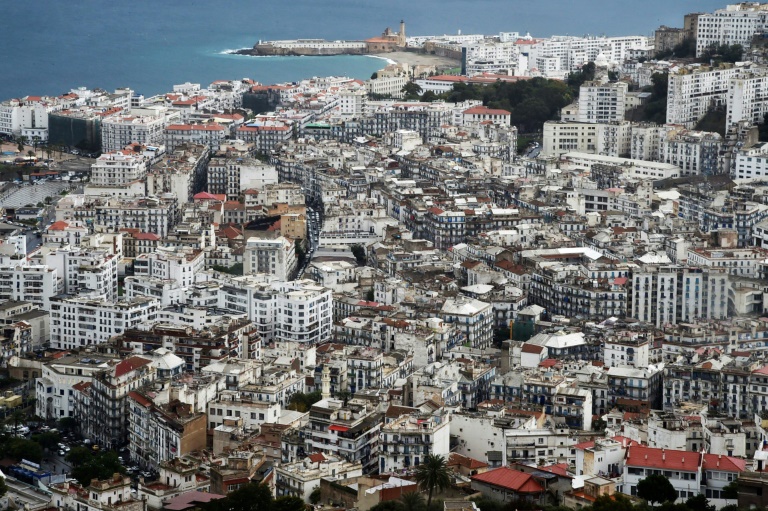 A view of the Algerian capital Algiers

More than 80 percent of the population lives along the Mediterranean coast, where the capital Algiers is located. Nearly 54 percent are younger than 30.

The country counts some 10 million ethnic Amazigh (Berbers), most of them living in Kabylie, a mountainous region to the east of Algiers.

Algeria's official languages are Arabic and the Berber language Tamazigh but not former colonial language French, although it is widely spoken. 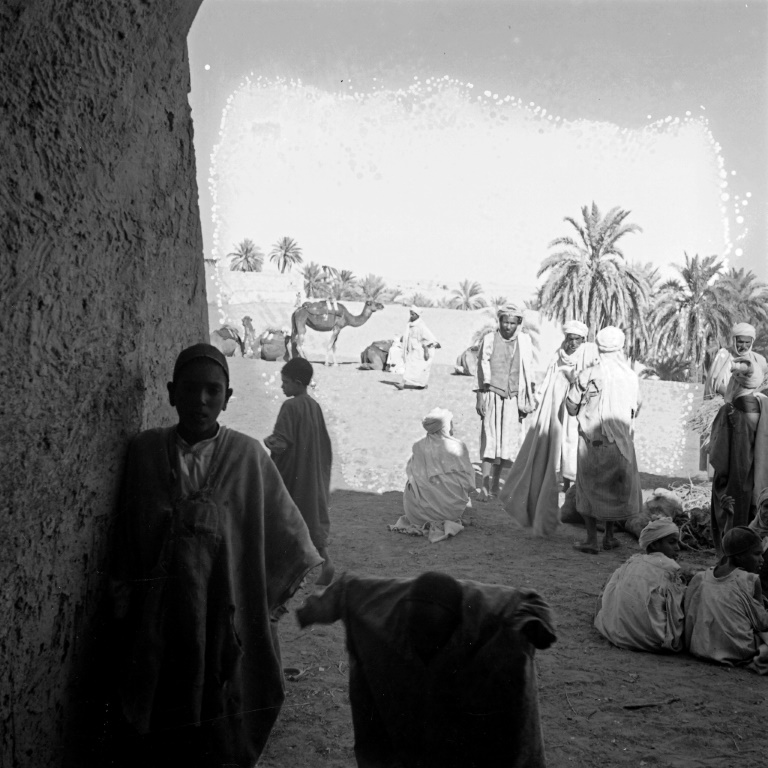 A picture from 1946 of the Sahara desert oasis town of El Oued, 640 km southeast of Algiers near the Tunisian border, and known as the "City of a Thousand Domes"

A French colony since 1830, Algeria became independent in 1962 after a war which lasted nearly eight years.

In 1963, Ahmed Ben Bella, secretary general of the National Liberation Front (FLN) which had led the struggle against French rule, became the first president.

Two years later, the FLN's Houari Boumediene overthrew and jailed Ben Bella, continuing to run Algeria as a one-party state until his own death in 1978.

Colonel Chadli Bendjedid was then elected president, a post he held until 1992.

In 1988, violent protests rocked Algiers, prompting the authorities to declare a state of emergency. 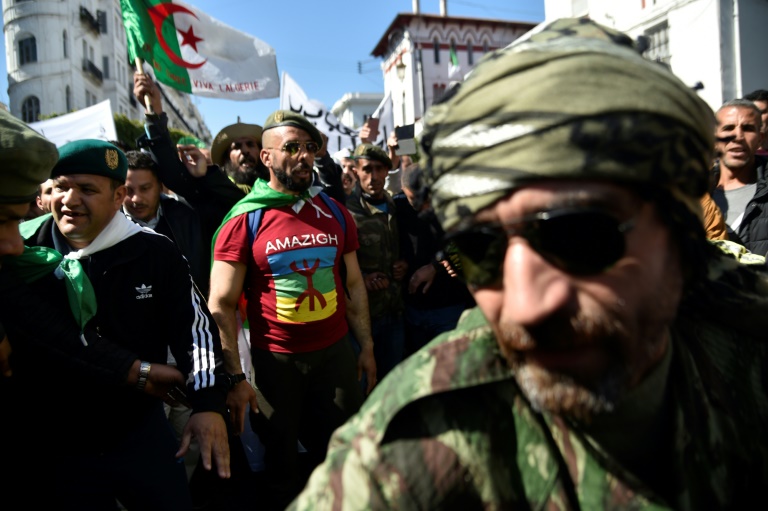 Veteran soldiers from Algeria's civil war take part in a demonstration against ailing president Abdelaziz Bouteflika in the capital Algiers on March 29, 2019

The army clamped down on demonstrators but introduced political reforms which ended the single-party system.

However, when the country held its first multi-party parliamentary election in 1991, the army stepped in to prevent the Islamic Salvation Front (FIS) from winning a sweeping majority.

That sparked a civil war from 1992 in which some 200,000 people were killed. The Armed Islamic Group (GIA) claimed responsibility for many massacres of civilians.

At the height of the conflict, FLN veteran Abdelaziz Bouteflika won the 1999 presidential election. His amnesty law was credited with helping end the war in 2002. 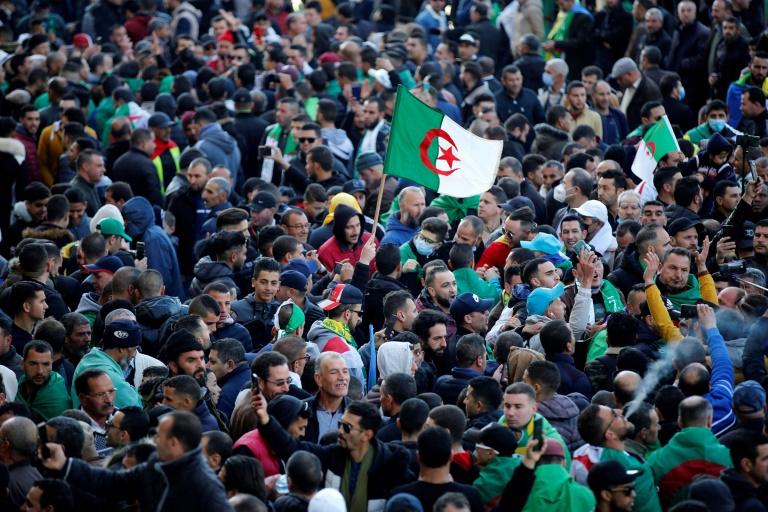 Algerians rally in the northern town of Kherrata marking some of the first Hirak protests on February 16, 2021, two years into the mass movement which swept former strongman Abdelaziz Bouteflika from power

Bouteflika won a fourth term in 2014 despite suffering a stroke the previous year which confined him to a wheelchair.

His bid for a fifth term in 2019 sparked mass protests, which forced him to resign on April 2 after he lost the support of the powerful military.

He died two years later on September 17 aged 84 after keeping out of the public eye in his residence in western Algiers.

In December 2019, Bouteflika's former premier Abdelmadjid Tebboune won the presidential election on an official turnout of less than 40 percent.

Protesters of the Hirak, Arabic for "movement", immediately rejected Tebboune, demanding an end to the system of governance in place since independence. 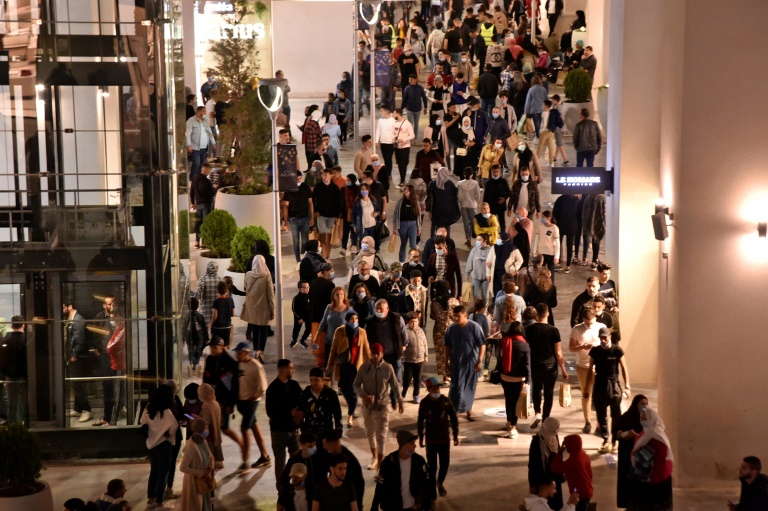 Algeria retains a huge public sector from its long years of single-party rule.

It is Africa's third-biggest oil producer and among the world's top producers of natural gas.

But they have fallen sharply in the face of the global economic slowdown triggered by the Covid-19 pandemic.

Oil and gas represent around 90 percent of Algeria's total exports. Its hard currency reserves have plummeted from $180 billion in 2014 to less than $50 billion this year.