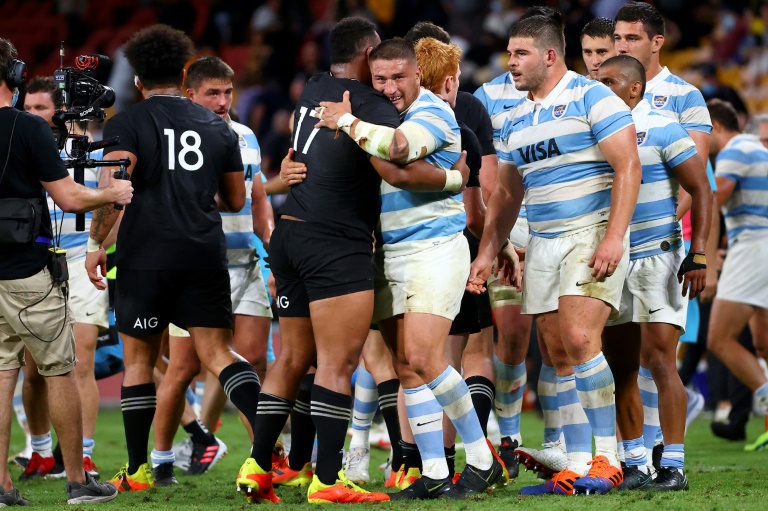 New Zealand have one hand on the Rugby Championship title

New Zealand placed one hand on the Rugby Championship title with a bonus point thrashing of Argentina Saturday while Australia stunned world champions South Africa for a second time.

All Blacks coach Ian Foster chose to rest as many of his frontline players as possible, conscious that they have tough games over successive weekends coming up against the Springboks.

But even with an under-strength team, they proved in a different league to Los Pumas, battling to a 36-13 win in the second game of a double header in front of 38,000 fans at Brisbane's Suncorp Stadium.

In the early match, an electric Australia upset South Africa 30-17, a week after bettering them 28-26.

New Zealand's win solidified their position at the top of the tournament ladder, with 20 points from four games, 10 clear of the Springboks.

It gave them a virtually unassailable lead in the southern hemisphere tournament with two games to play. Australia have nine points with Mario Ledesma's Argentina yet to get off the mark.

"I'm delighted with the win. We had a number of new combinations but the way the guys have been preparing over the past 10 days I was really confident with the group that we went in with," said Foster.

"So delighted with some of the execution, particularly in the first half. In the second half we probably paid the price for missing a few opportunities and Argentina grew through that.

"But overall, pleased with the performance over what was probably an improved Argentinian team."

The All Blacks face the Springboks in Townsville next week before a return leg on the Gold Coast, with South Africa needing bonus point wins in both to keep their slim hopes alive.

Fielding just three of the starting side that thrashed Los Pumas 39-0 last weekend, New Zealand had a new-look team.

But they quickly gelled and bagged their first try after just four minutes and there was no looking back, despite a spirited second-half effort from Argentina, who had crashed in their previous two Tests against the All Blacks without scoring.

Tupou Vaa'i dotted down twice with Patrick Tuipulotu, TJ Perenara, and Samisoni Taukei'aho also crossing in a game in which the All Blacks had three tries disallowed. 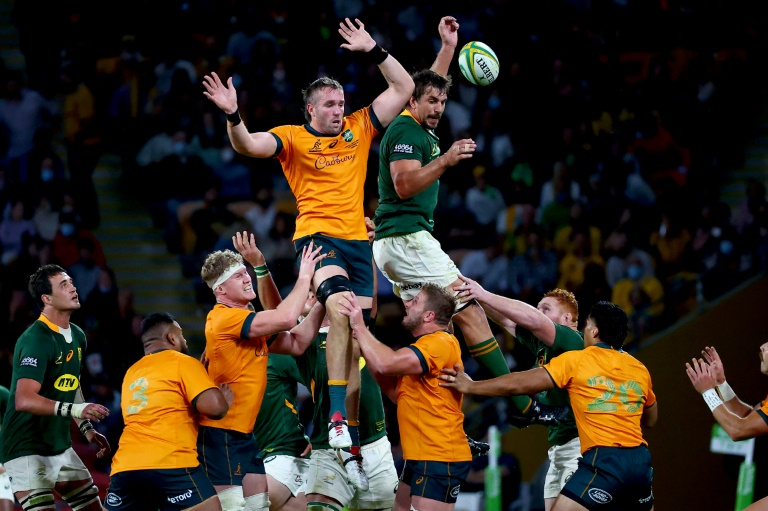 Australia made it two-out-of-two wins against South Africa

It was the first back-to-back wins during Rennie's 14 Tests in charge, propelling Australia to number three in the world.

"We talked a lot about going back-to-back here. One performance was good but we wanted to go again on these guys," said Hooper after they scored the win despite a 17-9 penalty count in South Africa's favour.

"We absolutely love playing here in front of the crowd and just so pleased these games could go ahead. Absolutely rapt."

Australia made most of scrum-half Faf de Klerk being sin binned in the 12th minute, with Ikitau splitting the defence for two tries while he was off the field.

They took a 15-12 lead into the break and kept their foot to the floor in the second stanza.

Like last week, the Springboks created chances but again failed to finish them off, leaving captain Siya Kolisi despondent.

"We just didn't take our opportunities at the end, but they were really good today," he said.

"We had a lot of ball and played mostly in their 22, but they shut us down." 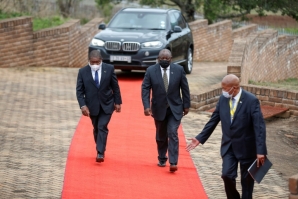