All Blacks wait on injuries to Jordie, Beauden Barrett 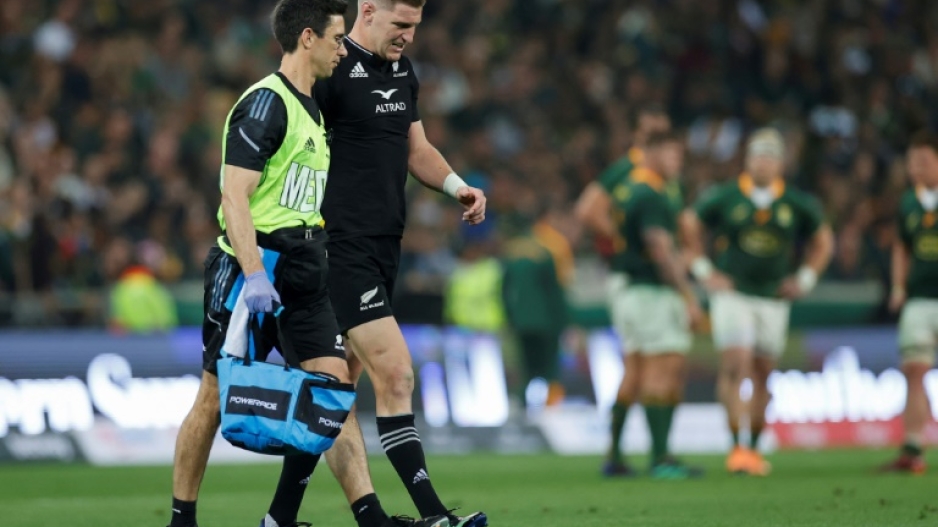 MBOMBELA - New Zealand are waiting on the fitness of brothers Beauden and Jordie Barrett ahead of the All Blacks' decisive second Test away to South Africa this Saturday.

New Zealand lost their opening match of The Rugby Championship 26-10 to South Africa in Mbombela last Saturday as the All Blacks suffered their heaviest defeat to the Springboks since 1928.

The hefty defeat on the road ramped up the pressure on New Zealand's head coach Ian Foster and captain Sam Cane as the team has now lost five of their last six games.

Ahead of Saturday's second and final test against South Africa in Johannesburg, All Blacks playmaker Beauden Barrett is nursing a neck injury while goal-kicker Jordie has an ankle knock.

"Jordie has a bad ankle. (Beauden) went for a scan on his neck, which is clear. We will make a decision on that later in the week, but he is still a bit sore," Foster told reporters.

Beauden Barrett was hurt when he was fouled in mid-air by Springbok wing Kurt-Lee Arendse, who was red-carded on 75 minutes for the incident.

Barrett's brother Jordie had earlier limped off in the second half.

Foster knows that another defeat to South Africa at Johannesburg's Ellis Park could see him replaced ahead of the home series against Argentina starting on August 27.

"It's never easy and the standards you have means you always want to do well.

"We always knew coming over here for two Tests was going to be massive.

"It would have been nice to win the first one, but we're going to Ellis Park (with) all on the line."

However, he insisted the All Blacks can still turn things around and bounce back.

"We have a group which is still developing, I have been over here over a number of years with probably more established All Blacks teams," he added.

"We still fundamentally believe we can get there, some of the moves were positive but we have to prove next weekend that we can continue to keep growing."