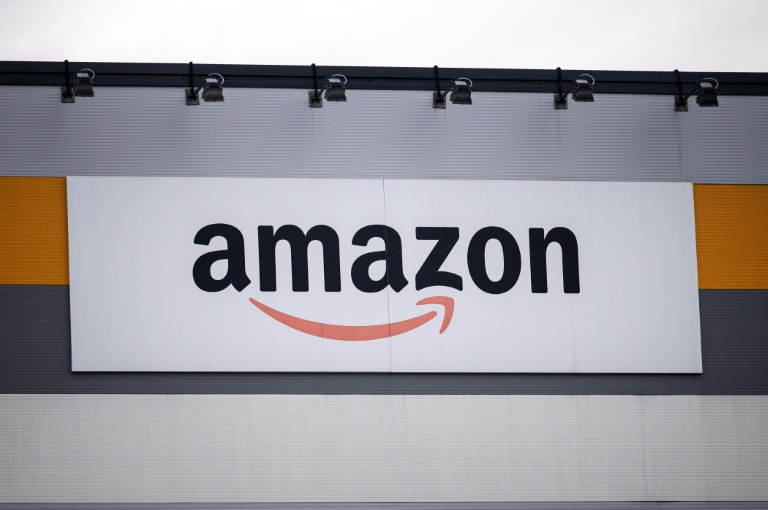 Amazon wants to locate its African headquarters in Cape Town. Supporters of the scheme say it would create thousands of jobs. AFP/Marco Bertorello

Amazon is setting up its African HQ in Cape Town -- a project with the promise of thousands of jobs in a country where unemployment is cripplingly high.

City authorities last month approved the construction of a nine-storey business and residential complex on a greenfield site that will be anchored by Amazon.

But some of the country's first inhabitants, the Khoi Khoi and San -- whose presence in the southern tip of the continent has been dated by archaeologists to thousands of years --  say the project desecrates ancestral land.

They say it lies on a battlefield in which the Khoi defended the territory from Portuguese colonisers in 1510.

"Our heritage will be completely wiped out," paramount chief Aran Goringhaicona told AFP this week. "There is so much spiritual significance to this place."

He represents the Goringhaicona Khoi Khoi Indigenous Traditional Council, which is among the indigenous, environmental and community activists contesting the scheme.

Led by a neighbourhood group, the Observatory Civic Association (OCA), they wrote to the developer Liesbeek Leisure Properties Trust (LLPT) this week stating their intention to appeal the project in the courts.

Construction of the R4-billion complex is due to start a little more than a month from now.

Cape Town is already struggling with episodes of severe floods and drought -- a risk that could be amplified when climate change goes into higher gear, London argued.

City authorities say the impact on floods is "minimal" and the site will be built up above the 100-year flood line.

Amazon, which has been operating in South Africa for 15 years, declined to comment on the development.

The site had been protected under a two-year provisional heritage designation, which lapsed in April 2020, according to city authorities.

To acknowledge the history, LLPT said it will build a heritage, cultural and media centre that will be operated by indigenous groups. It will also include a medicinal garden, trail and outdoor amphitheatre.

Some indigenous groups see this as a victory.

"Those plans place the First Nations at the centre of this entire development, right opposite this building that everybody's talking about, the Amazon building," said chief Garu Zenzile Khoisan, who heads the First Nations Collective representing several clan formations.

Both the group and the developer said the proposal had been endorsed by the majority of indigenous peoples in the area. 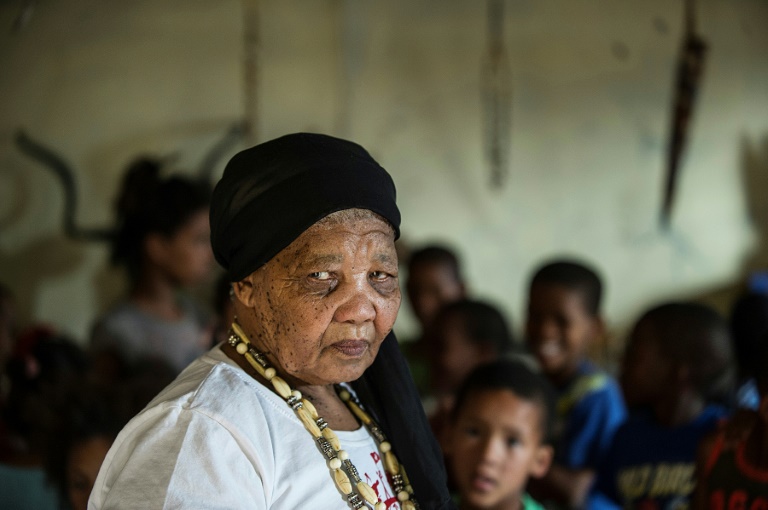 Katrina Esau, one of the last remaining speakers of a Khoi San language, Tuu, teaches her native tongue to children in this 2015 picture. AFP/Mujahid Safodien

"It is therefore perplexing that a small group of naysayers who claim to work for better inclusive housing opportunities or respectful celebration of local heritage and sustainable environmental upgrades wouldn't support our plans," LLPT said in a statement to AFP.

But opponents, including Goringhaicona, say divide-and-rule tactics are being used to stifle or sideline dissent.

City officials have lauded the potential job creation at the site at a time when official unemployment reached 29 percent in the last quarter of 2020.

The project will create 5,239 jobs during construction and close to 900 jobs once the project is up and running, according to LLPT.

Once hunter-gatherers known under the now-discarded label of Bushmen, the Khoi San suffered deeply under colonisation and apartheid.

Many in their community say they still endure wide social inequalities and economic opportunities today, and their past remains overlooked.

"Going onto someone's sacred terrain and building something on top of it, saying 'we're going to offer employment in doing so' is a morose and sick form of arguing the notion of job development," said Tauriq Jenkins, high commissioner for the Goringhaicona council.

"You don't employ the descendants of the Khoi Khoi and San… to dig up their ancestors' graves".