Amazon magnate Bezos ready to ride his own rocket to space 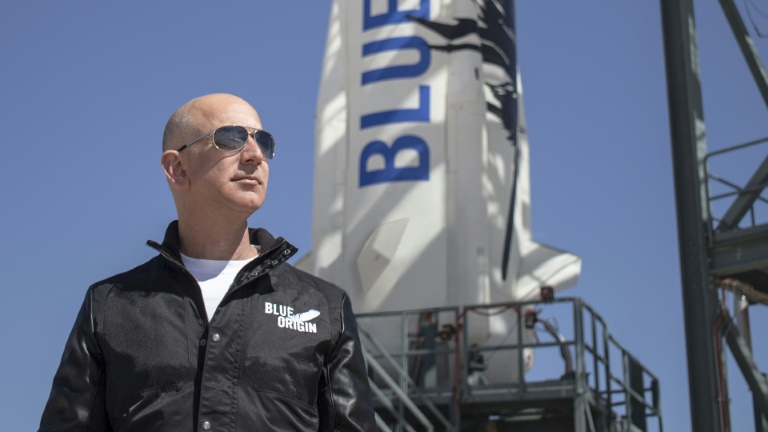 Bezos founded Blue Origin back in 2000, with the goal of one day building floating space colonies with artificial gravity where millions of people will work and live

WASHINGTON - The wealthiest man on the planet Jeff Bezos will ride his own rocket to outer space on Tuesday, a key moment for a fledgling industry seeking to make the final frontier accessible to elite tourists.

Blue Origin has planned its first crewed mission, an 11-minute hop from west Texas to beyond the Karman line and back again, to coincide with the 52nd anniversary of the first Moon landing.

"#NewShepard is on the pad. The launch team completed vehicle rollout this morning and final preparations are underway," the company tweeted Tuesday.

Virgin Galactic founder Richard Branson made the voyage on July 11, narrowly beating the Amazon magnate in their battle of the billionaires.

But Blue Origin's sights are set higher: both in the altitude to which its reusable New Shepard craft will ascend compared to Virgin's spaceplane, but also in its ambitions.

Bezos, 57, founded Blue Origin in 2000 with the goal of one day building floating space colonies with artificial gravity where millions of people will work and live.

Today, the company is developing a heavy-lift orbital rocket called New Glenn and also a Moon lander it is hoping to contract to NASA. 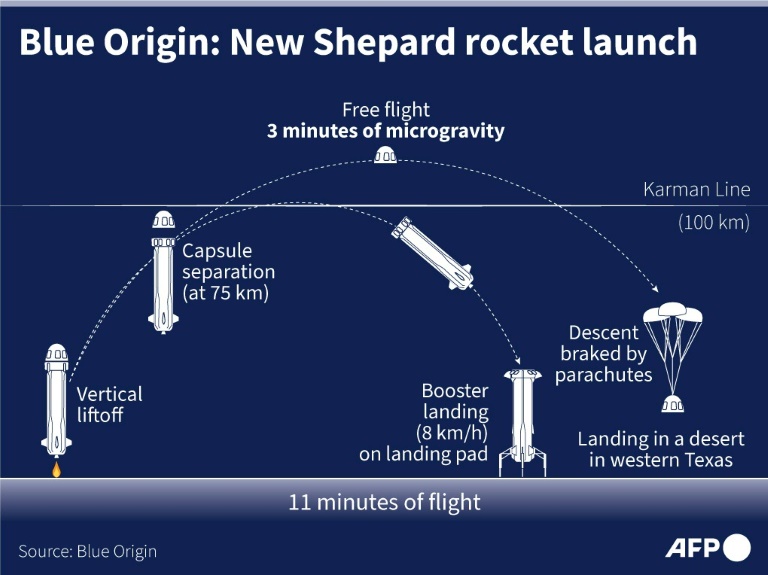 New Shepard has flown 15 uncrewed flights to put it through its paces and test safety mechanisms, like firing the capsule away from the launchpad if the rocket explodes, or landing it with one less parachute.

Lift-off is at 8:00 am Central Time (1300 GMT) from a remote facility in the west Texas desert called Launch Site One, some 25 miles (40 kilometers) north of the nearest town, Van Horn.

"Today is just the first of many flights to come on New Shepard,"  Blue Origin's sale director Ariane Cornell said in a livestream, adding ticket sales were now open. 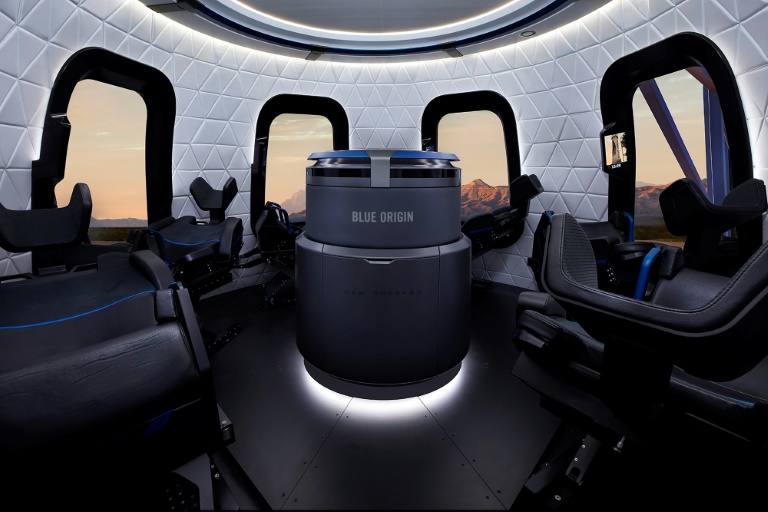 This undated handout photo obtained on July 1, 2021 courtesy of Blue Origin shows the interior of the Blue Origin crew capsule

Joining Bezos will be barrier-breaking female aviator Wally Funk, who at 82 is set to be the oldest ever astronaut, and 18-year-old Dutchman Oliver Daemen, who will become the youngest.

Rounding out the quartet is Jeff Bezos' younger brother and best friend Mark, who directs the Bezos Family Foundation and works as a volunteer firefighter.

Notably absent is the still anonymous winner of a $28 million auction for a seat, who had "scheduling conflicts" and will take part in a future flight.

Daemen's father, the CEO of a private equity firm, was a runner-up in the bidding, allowing his teenage son to become the company's first paying customer.

After lift-off, New Shepard will careen towards space at speeds exceeding 2,300 mph (3700 kph) using a liquid hydrogen-liquid oxygen engine whose only byproduct is water vapor.

The capsule separates from its booster, and when it gets high enough, the astronauts unbuckle and experience weightlessness for three to four minutes.

The spacecraft peaks at 65 miles altitude (106 kilometers), allowing the crew members to admire the curvature of the planet, and the inky black of the rest of the universe.

The booster returns autonomously to a landing pad just north of its launch site, while the capsule freefalls back to Earth with three giant parachutes, and finally a thruster, for a gentle landing in the desert. 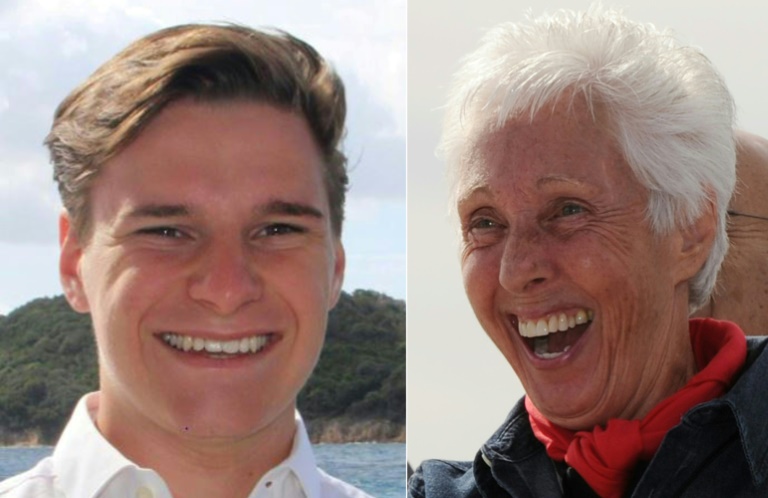 Joining Bezos on the fully autonomous flight will be barrier-breaking female aviator Wally Funk, who at 82 is set to be the oldest ever astronaut, Dutch teenager Oliver Daemen, the company's first paying customer who will become the youngest astronaut

Blue Origin has remained relatively coy about what comes next.

The company says it plans two more flights this year, then "many more" next year.

Analysts say much will hinge on early successes and building a solid safety record.

CEO Bob Smith revealed Sunday that the next launch could take place in September or October, adding "willingness to pay continues to be quite high."

At the same time, the sector is beginning to face criticism over the optics of super wealthy individuals blasting off to space while Earth faces climate-driven disasters and a coronavirus pandemic.

"Could there be a worse time for two uber-rich rocket owners to take a quick jaunt toward the dark?" wrote Shannon Stirone in an Atlantic piece titled "Space Billionaires, Please Read the Room."