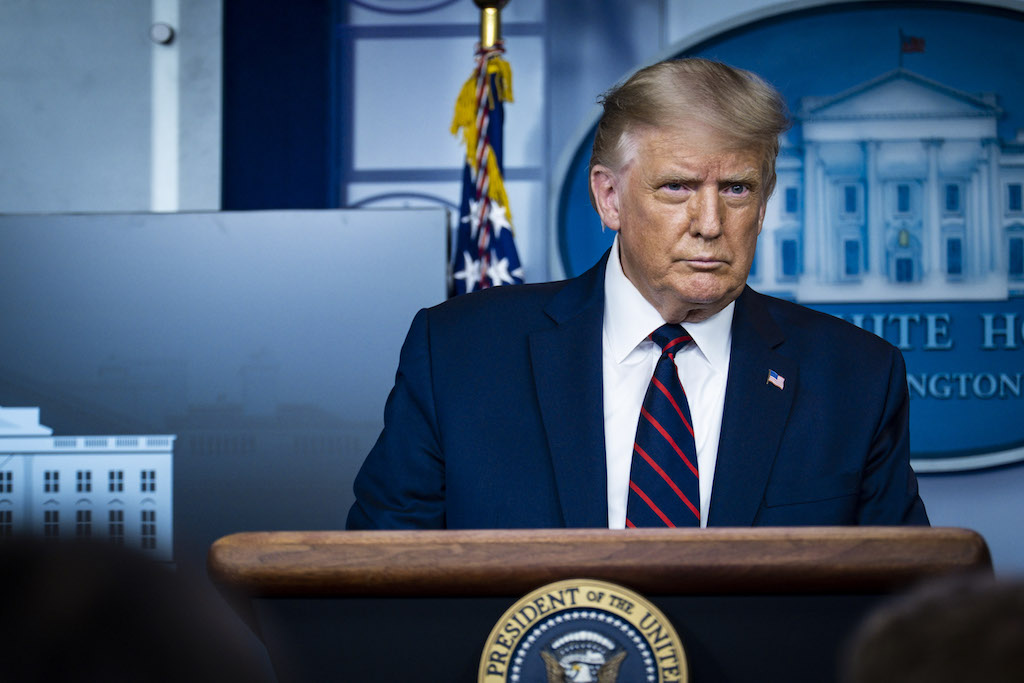 President Donald Trump during a press conference in James S. Brady Briefing Room at the White House on August 23, 2020 in Washington, DC.

In a memoir to be released this week, Trump's former lawyer Michael Cohen accused the president of making racist comments about black leaders - including his predecessor Barack Obama and South African anti-apartheid icon Mandela.

The alleged racism was reported by The Washington Post over the weekend after it obtained a copy of the book ahead of publication.

According to the Post, Cohen quotes Trump saying he did not consider Mandela a "real leader" and praising white-minority rule in apartheid South Africa.

"All freedom-loving people of the world are appalled by these insults... from a person who, himself, is not a model of competent leadership," the ANC said in a statement.

"Trump is a divisive, misogynistic and disrespectful person," it added, noting that Mandela stood in "stark contrast to Trump" and "understood the value of international friendship".

The Nelson Mandela Foundation has meanwhile "noted" the comments attributed to the US president.

In a statement on Monday, the Foundation said "leaders who conduct themselves in the way Mr Trump does" were not well-placed to offer "authoritative commentary" on Mandela's life and work.

"He has lost all credibility, and it's unsurprising to see his latest attempt to profit off of lies," McEnany said in a statement emailed to AFP on Tuesday in reaction to the ANC's comments.

Mandela was elected in 1994 after almost three decades in jail for leading a political struggle against the apartheid regime, which officially ended that year.

The Nobel Peace Prize winner is widely hailed as a hero of South Africa's liberation movement.

Mandela stepped down after five years in office and later retired from political life.