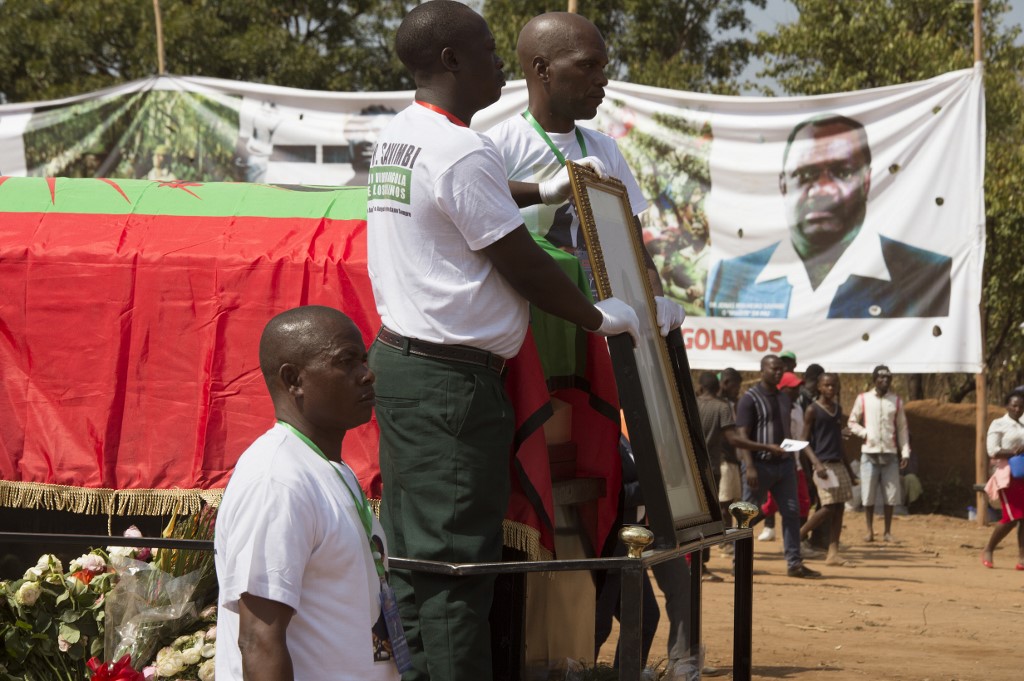 Pallbearers guard the coffin of Jonas Savimbi, a former leader of the UNITA movement, as it is transported during the reburial of the remains on June 1, 2019, in his home village of Lopitanga, near the town of Andulo, in Bie Province in Angola.

LUANDA - Former leader of Angola's rebel UNITA movement Jonas Savimbi was reinterred on Saturday, 17 years after he was killed in a shootout with government soldiers that spelt the end to the country's long civil war.

Angola, a former Portuguese colony, became a Cold War battleground after independence in 1975 when the Marxist-Leninist People's Movement for the Liberation of Angola (MPLA) seized control.

The United States lined up behind Savimbi's (UNITA) rebels and the Soviet Union and its allies backed the MPLA.

"The remains have been returned to UNITA and the family," Alcides Sakala Simoes, spokesman for the National Union for the Total Independence of Angola (UNITA), said.

"There was a lot of emotion. It has been 17 years since the government was asked to give us the body. This is an important step for national reconciliation."

"We are moved and relieved, we will be able to mourn," Cheya Savimbi, his eldest son, said after the remains were handed over at a ceremony in Andulo.

Early in 2002, soldiers pursued the 67-year-old Savimbi across the province of Moxico in central eastern Angola.

On 22 February, his pursuers caught up with him. He fought back but, riddled with more than a dozen bullets, soon died.

His body was taken to the provincial capital Luena and hurriedly buried in a cemetery, with a cross of iron on the mound of red soil and the name "SAVIMBI Jonas" etched into the trunk of an acacia tree.

This year, after long talks, the MPLA government agreed with UNITA and the Savimbi family to hold a funeral on Saturday in Lopitanga, in central Angola, where Savimbi's father is buried.

The deal was unlocked after President Jose Eduardo dos Santos, Savimbi's sworn enemy, stepped down in 2017 and was replaced by his defence minister, Joao Lourenco.