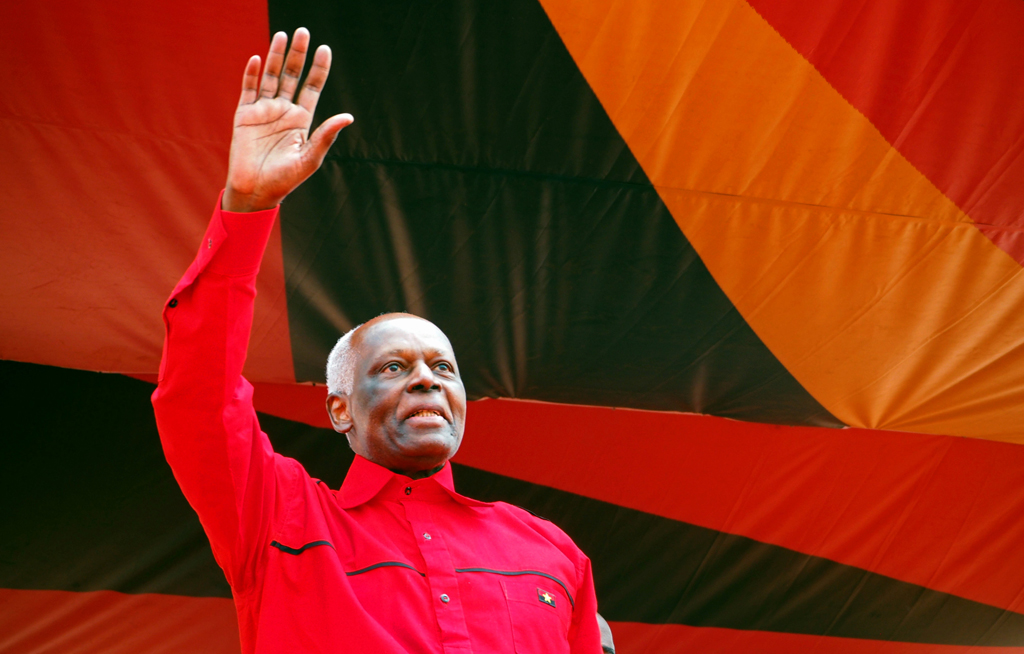 FILE: Prosecutors in Angola have ramped up pressure on former President Jose Eduardo dos Santos's family in an escalating probe into corruption.

LUANDA - Prosecutors in Angola have ramped up pressure on former President Jose Eduardo dos Santos's family, targeting his son and daughter in an escalating probe into corruption.

He was succeeded in September 2017 by his hand-picked successor, Joao Lourenco.

Within two months, Lourenco removed Isabel dos Santos, his predecessor's oldest child, as head of the state-owned oil giant Sonangol, to which she had been appointed in June 2016.

On December 23 2019, a court froze the bank accounts and holdings owned by Dos Santos and her Congolese husband Sindika Dokolo, over state losses of more than a billion dollars.

"The state, through its companies Sodiam (a diamond marketing firm) and Sonangol, transferred large sums of foreign currency to the benefit of foreign companies of which the accused are the beneficiaries, without getting the expected return," the prosecutor's office said on Monday, announcing the freeze.

Dos Santos, who went abroad after she was removed as Sonangol chief, issued a statement late Tuesday describing the allegations as riddled with "obvious lies, errors and omissions".

"This court decision, which is the outcome of an injunction that was not communicated to the parties, is clearly arbitrary and politically motivated," she said.

The 46-year-old businesswoman is often called "The Princess" by Angolans, while an investigation by the US magazine Forbes in 2013 tagged her "the richest woman in Africa." In 2019, it rated her net worth at $2.2-billion.

According to investigators, Portuguese police have intercepted 10 million euros that she tried to transfer to Russia in order to protect her assets -- an allegation that she described on Twitter on Wednesday as "completely and utterly false... a fabrication, a lie".

He is accused of embezzling as much as $1.5-billion from Angola's sovereign wealth fund during his 2013-2018 stewardship.

The mounting investigation has triggered jubilation among the Angolan opposition.

"This confirms what we've been saying since 1975, that this country is a victim of kleptocracy," said Marcial Dachala, a spokesman for the main opposition group, Unita.

Angola is the second-biggest oil producer in sub-Saharan Africa. Despite this wealth, 36 percent of its citizens live in extreme poverty, according to the UN.

Rafael Marques, an investigative journalist and scourge of the Dos Santos regime, said: "Nobody has impunity now."

A cautionary note was sounded by Luaty Beirao, a rapper who was imprisoned in the Dos Santos era.

"Justice is always in the hands of those in power," he said. "Today the decision may seem to meet the people's wishes, but tomorrow it could be used to hound the opposition."