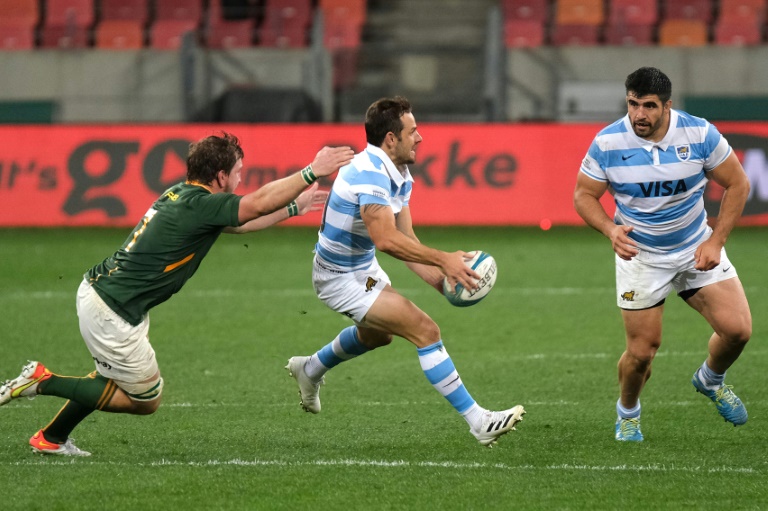 ELIZABETH - Argentina star Nicolas Sanchez has been relegated to the bench for a Rugby Championship second-round match in South Africa on Saturday.

The Stade Francais fly-half is among six Pumas demoted from last weekend's starting XV when they lost 32-12 to the Springboks in Gqeberha (formerly Port Elizabeth), where the second match will also be played.

Sanchez has contributed 40 of the 89 points scored by Argentina in Tests against Romania, Wales (two) and South Africa this year through 10 penalties and five conversions.

All 12 Argentine points against South Africa at Nelson Mandela Bay Stadium last Saturday were scored by Sanchez from four penalties.

His place goes to Domingo Miotti, who forms a new half-back partnership with Gonzalo Bertranou in a starting team showing six personnel and two positional changes.

Both Sanchez and demoted scrum-half Felipe Ezcurra are among the eight replacements named by coach Mario Ledesma, a former Pumas hooker.

Juan Cruz Mallia comes in at full-back for Santiago Carreras, who switches to the left wing in place of Matias Morini, and Ignacio Mendy takes over from Bautista Delguy on the right wing.

Among the forwards, flanker Facundo Isa and lock Marcos Kremer are demoted and locks Matias Alemanno and Tomas Lavanini promoted.

To accommodate the new second row, Guido Petti is moved from there to the back row, while a front row that includes hooker and captain Julian Montoya remains intact.

Argentina are playing both matches against the Springboks behind closed doors in the eastern Cape coastal city because of the coronavirus pandemic situation in the South American nation.