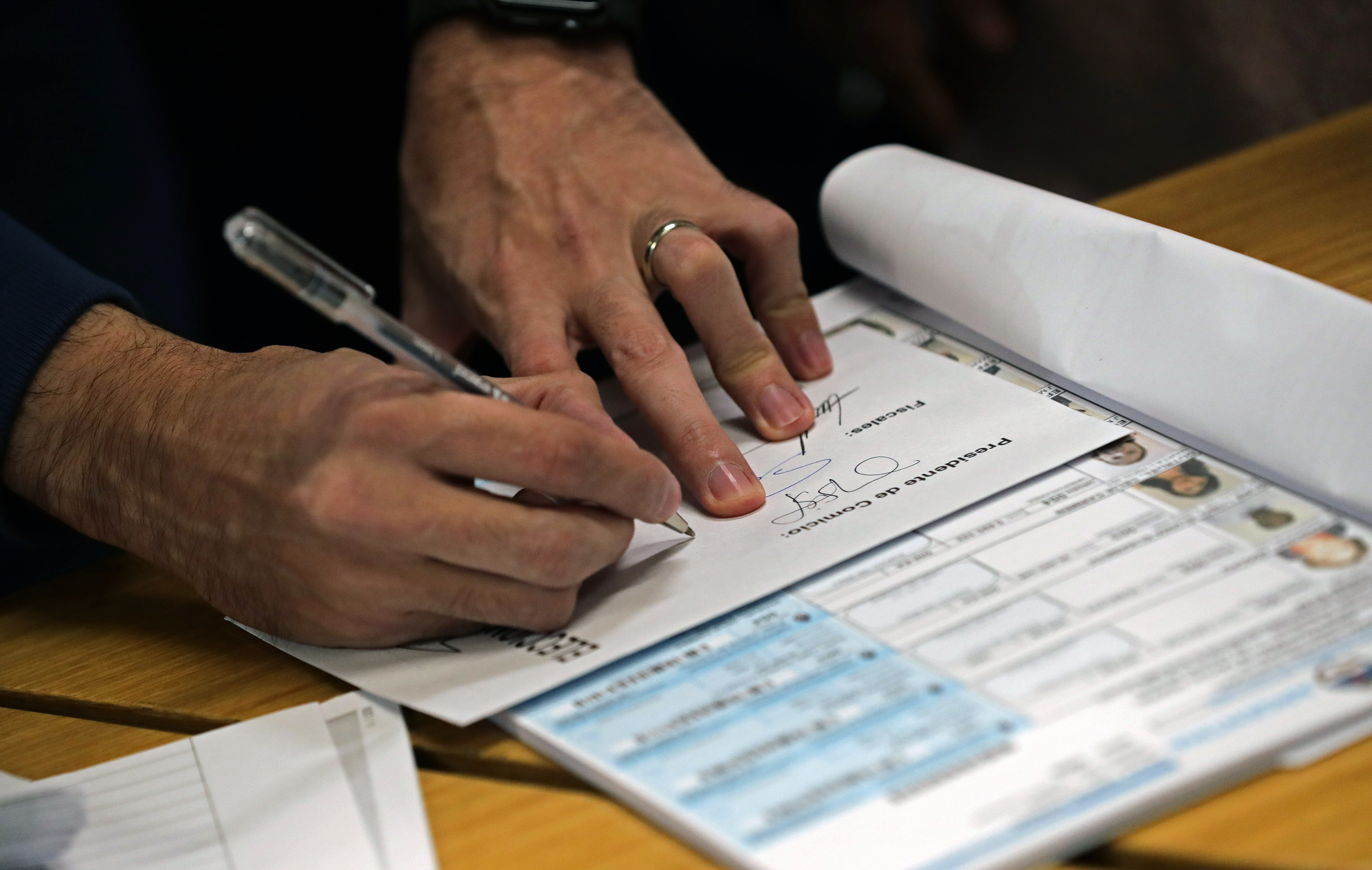 BUENOS AIRES - Argentines have their first chance on Sunday to head to the ballot boxes in a high-stakes presidential race in which they must choose between staying the course of painful austerity measures or a return to interventionist economics.

The country's main political parties have already chosen their nominees, so the primary election, known locally as the PASO, serves as the first concrete measure of voter sentiment after a slew of opinion polls showed a narrow margin between President Mauricio Macri and main challenger Alberto Fernandez.

No irregularities in voting were reported. "Everything is functioning peacefully," Buenos Aires Governor and Macri ally Maria Eugenia Vidal told reporters after casting her ballot.

Business-friendly Macri is hoping some recent glimmers of economic revival are enough to encourage voters to stick with him despite the current recession and biting inflation. Argentina's country risk fell 20 basis points on Friday and local Merval index rose 7%.

For voters, sticking with him would mean seeing through painful cuts in public spending as part of the $57 billion standby agreement he negotiated with the International Monetary Fund last year.

Peronist candidate Fernandez, who has firebrand former President Cristina Fernandez de Kirchner as his running mate, has promised access to free medicines for retirees and better wages for workers while hammering Macri for the uptick in poverty and unemployment as the country grapples with recession and 55% inflation.

"I don't think that in the face of another Macri triumph, things will improve. On the contrary, they will get worse," said Pablo Vazquez, 48, adding that he is worried about losing his job and has noticed more homeless people on the streets.

Investors, though, see Fernandez and Kirchner as a riskier prospect than sticking with free-markets advocate Macri.

As recent polls show the pair with a narrow lead, markets are bracing for the Fernandez ticket to come out ahead of Macri in Sunday's primary, said Credit Suisse analyst Casey Reckman.

#OnTheBrink: Tears and fears in Argentina

The severity of market reaction could depend on the margin of victory between Fernandez and Macri, and whether the winner netted enough votes to indicate a potential win in the first round of the presidential election in October, Reckman said.

In order to win the presidency outright in October, a candidate needs at least 45% of the vote or 40% and a difference of 10 percentage points over the second-place runner. If there is no clear winner, voters will return for a run-off on Nov. 24.

A widened gap between Fernandez and Macri on Sunday could spook markets, prompting a new wave of volatility that sends the peso spiraling, further dimming Macri's chances of re-election.

"It's a question of whether Macri can continue to build support. The backdrop for his momentum has been the absence of financial volatility, the decline in inflation, improving confidence and some signs of economic recovery. This event could influence sentiment around that question," Reckman said.