Army could be deployed to Gauteng to tackle unrest: Makhura 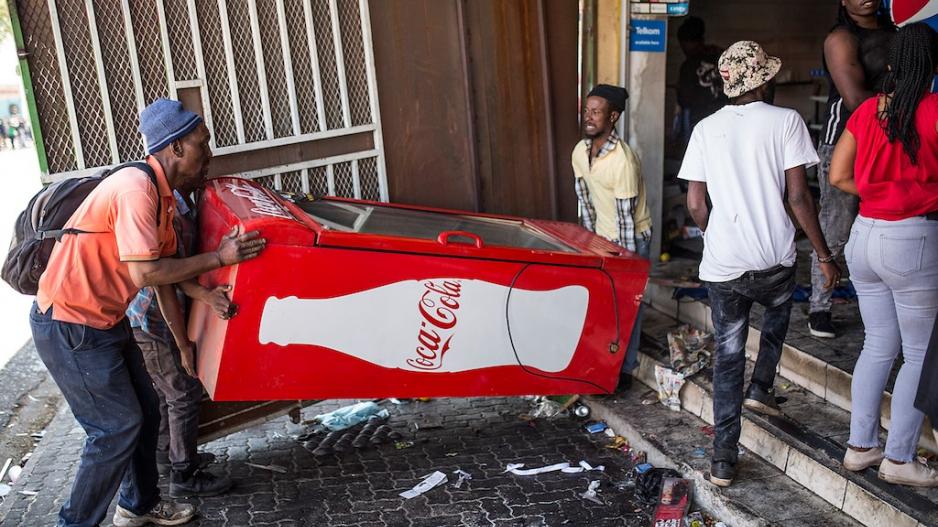 Looters take a vending machine from an alleged foreign-owned shop during a riot in Johannesburg.

Gauteng Premier David Makhura said that while irregular migrants could pose a challenge by pushing drugs and counterfeit goods, rioting was not a solution.

"This issue can be dealt with without resorting to xenophobia," Makhura told reporters.

"There is no country that does not have foreign nationals".

Makhura said criminals have taken advantage of the situation and are responsible for shops being looted.

He has warned he may ask for the military to be deployed to assist police if the situation doesn’t improve.

President Cyril Ramaphosa on Tuesday spoke out against the violence, directing the police to continue clamping down on criminals.

"We are a country that is completely committed against xenophobia," said Ramaphosa.

"We do not allow and cannot tolerate attacks on people from other countries."

"We are a nation founded on the values of Ubuntu (humanity) as espoused by our founding father, President Nelson Mandela.

"We should always resist the temptation of being overwhelmed by hatred," he said.

He says South Africa has a leadership crisis.

"South Africans are scared and lack real hope for the future," he said.

"We are seeing economic and social collapse in action, and the widespread violent protests, looting, destruction of property and general lawlessness".