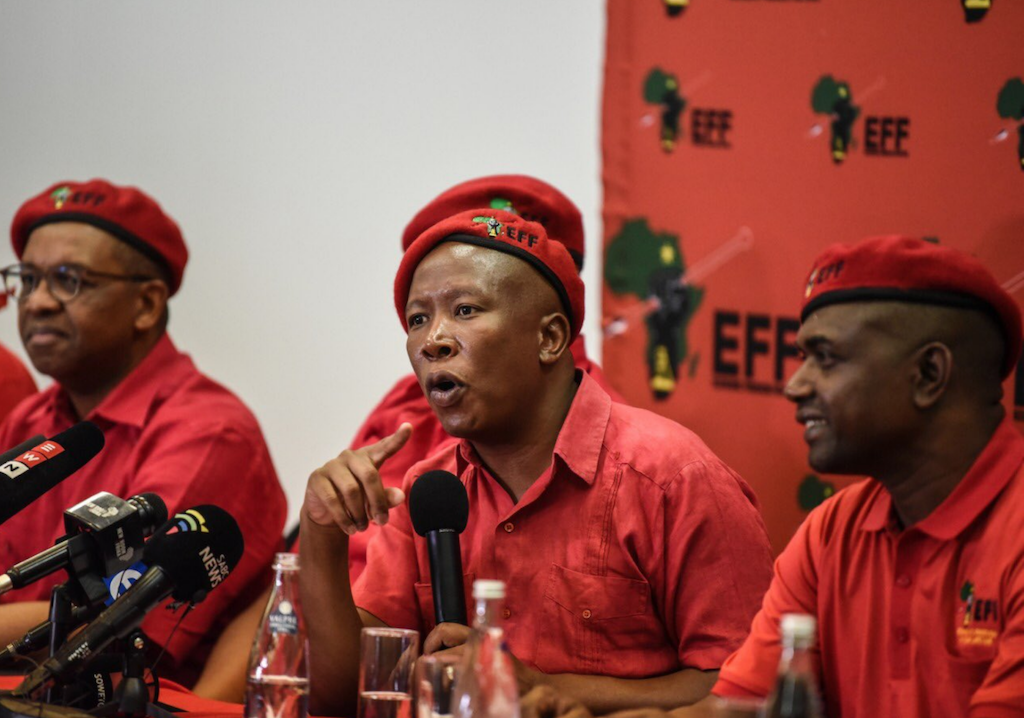 File: Julius Malema and several other EFF MPs objected to the presence of the former president on the basis of a recent interview he held where they said statements he made revealed him as an apartheid apologist.

JOHANNESBURG - A warrant of arrest has been issued for EFF leader Julius Malema, for failing to appear in court.

Malema was expected to appear before the East London Magistrate's Court on Monday.

The EFF leader is facing charges of unlawful possession of a firearm and reckless endangerment.

He's accused of discharging a rifle during the party’s rally in Mdantsane in 2018.

The state is expected to hand over video footage to the defence team, showing Malema discharging the rifle.