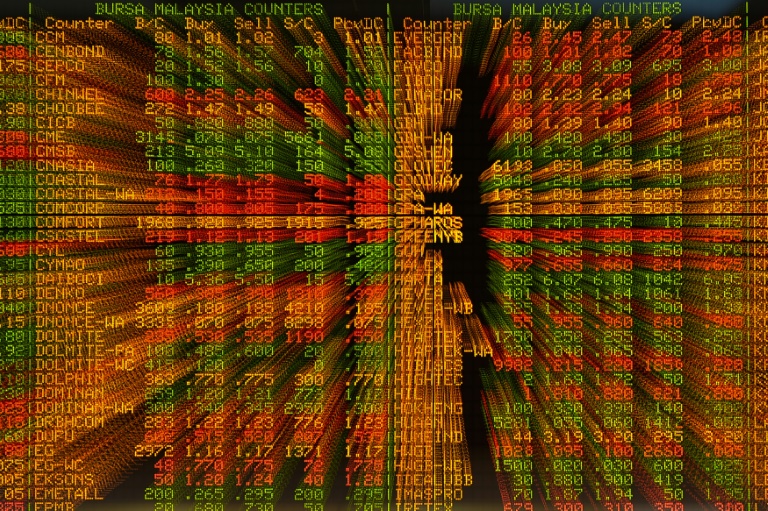 File: A year-long rally in global markets is faltering despite expectations for the global economic recovery. AFP/Mohd Rasfan

HONG KONG - Markets mostly rose in Asia but traders struggled to reconcile growing optimism about the global recovery with worries that the expected economic surge will fan inflation and force interest rates hikes sooner than expected.

A rally in equities across the world over the past year has started to run out of steam in recent weeks, despite the prospect of a sharp rebound in growth as coronavirus vaccines are rolled out, infections slow, lockdowns are eased and the United States prepares to pass another massive stimulus.

European indexes enjoyed a much-needed blast upwards -- led by a record close in Frankfurt -- after EU leaders pledged to double vaccine deliveries to 300 million doses between April and June, having been too slow out of the blocks with its immunisation programme.

Wall Street was a mixed bag, however, with the Dow also hitting a new all-time high but the S&P 500 in the red and Nasdaq shedding more than two percent as tech firms such as Apple continue to suffer, having rocketed last year as they benefited from people being stuck at home.

The divergence in the Dow and Nasdaq came down to traders shifting into cyclical stocks that benefit more in times of economic booms such as airlines and construction firms, while financials were also rising along with interest rate expectations.

Bets on higher US rates pushed the dollar past 109 yen for the first time since June.

After Monday's losses, most Asia markets battled to eke out gains.

Tokyo rose one percent along with Singapore, while Sydney, Wellington, Taipei, Manila, Mumbai and Bangkok were in positive territory.

Hong Kong dipped after rising more than one percent in the morning, while Shanghai dropped 1.8 percent. Seoul, Wellington and Jakarta also fell.