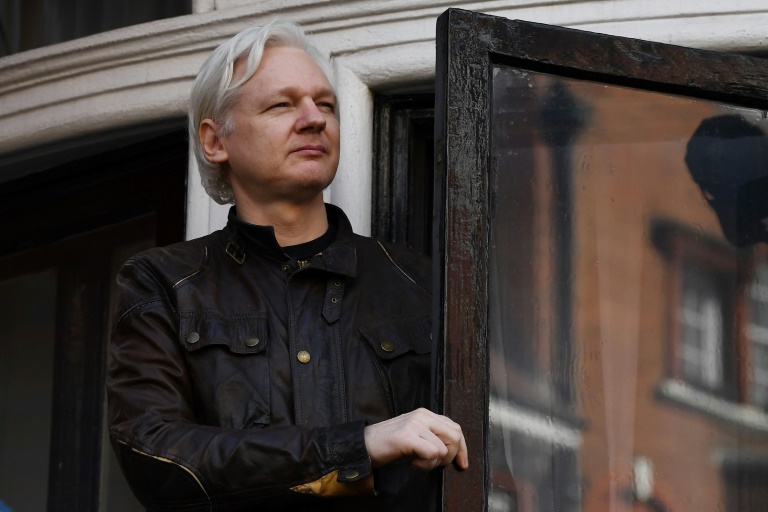 LONDON - WikiLeaks founder Julian Assange was on Monday given permission to appeal a decision to extradite him to the United States where he could face a lifetime in prison.

Washington wants to put the 50-year-old Australian on trial in connection with the publication of 500,000 secret military files relating to the US-led wars in Iraq and Afghanistan.

The High Court in London in December overturned a lower court's ruling not to send him to the United States on the grounds he would be a suicide risk.

But lawyers for Assange then challenged the decision, arguing that the country's highest court should rule on "points of law of general public importance".

"The respondent's application to certify a point of law is granted," said judges Ian Burnett and Timothy Holroyde in a written ruling.

The judges stated that they themselves were not granting him a right of appeal at the Supreme Court but Assange had the right to do so himself.

It is now for the Supreme Court to decide whether to take the case.

Assange's fiancee and the mother of his two young children, Stella Moris, emerged from the court smiling and visibly relieved. 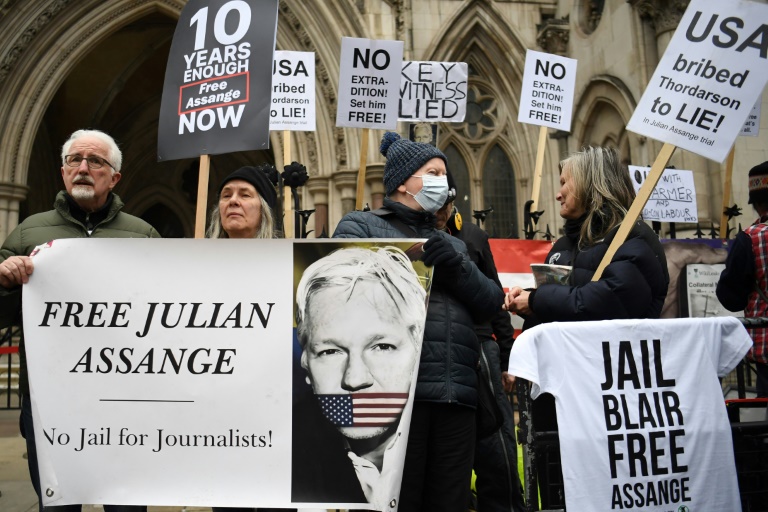 "What happened in court today is precisely what we wanted to happen," she said.

"The situation now is that the Supreme Court has to decide whether it will hear the appeal. But make no mistake, we won today in court.

"If there were justice, the crimes that Julian exposed –- war crimes, the killing of innocent civilians -– would not be impugned.

"Our fight goes on. We will fight this until Julian's free."

Crowds gathered outside the Royal Courts of Justice in central London and welcomed the decision.

"We were all fearing the worst."

Assange could be jailed for up to 175 years in the United States, although the exact sentence is difficult to estimate.

WikiLeaks editor Kristinn Hrafnsson hailed Monday's ruling as a "partial victory", calling the US charges against Assange were "a blatant terrorist attack on press freedom worldwide."

At a two-day hearing in October, US lawyers argued that a lower court judge had not given sufficient weight to other expert testimony about Assange's mental state. 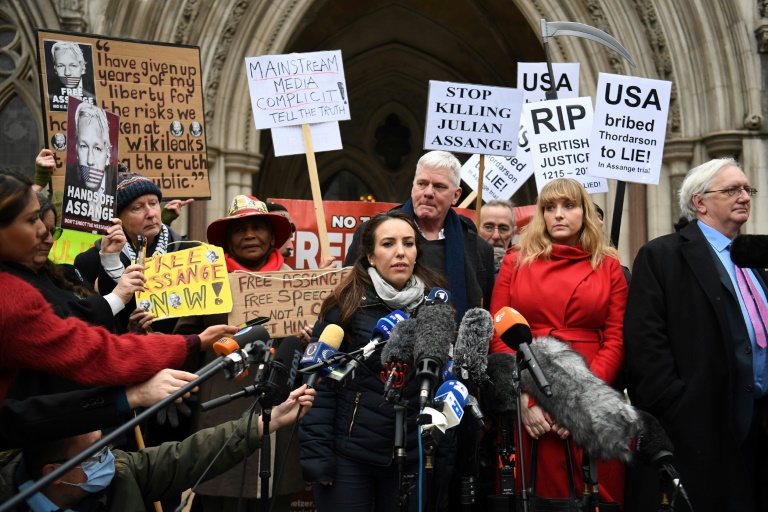 Assange's fiancee, Stella Moris, has vowed to fight the case until he is free

They also pointed to diplomatic assurances provided since the January decision that Assange would not be held in punishing isolation at a federal supermax prison, and would receive appropriate care.

Approving that appeal, two judges accepted the new assurances, noting they were not unusual in such cases and "solemn undertakings offered by one government to another".

They ordered the case to be returned to Westminster Magistrates' Court with the direction that it be sent to interior minister Priti Patel for the final say.

Assange has been held at London's high-security Belmarsh prison since 2019 because he is seen as a flight risk, having previously skipped bail in 2012 over claims he sexually assaulted two women in Sweden.

He spent seven years at Ecuador's embassy in London to avoid being removed to Sweden to face the allegations that were later dropped.

A coalition of anti-war groups and thousands of peace campaigners on Friday signed a statement calling for his immediate release.

Moris said he had spent longer in Belmarsh than many prisoners sentenced for violent crimes.

Nathan Fuller, director of the Courage Foundation, said: "While the Biden administration is confronting US adversaries over their press freedom shortcomings, it should address its own hypocrisy.

"Locking up Julian Assange for exposing the truth about US wars is an insult to all those struggling for peace and human rights."