Aston Martin to make its electric cars in UK: FT 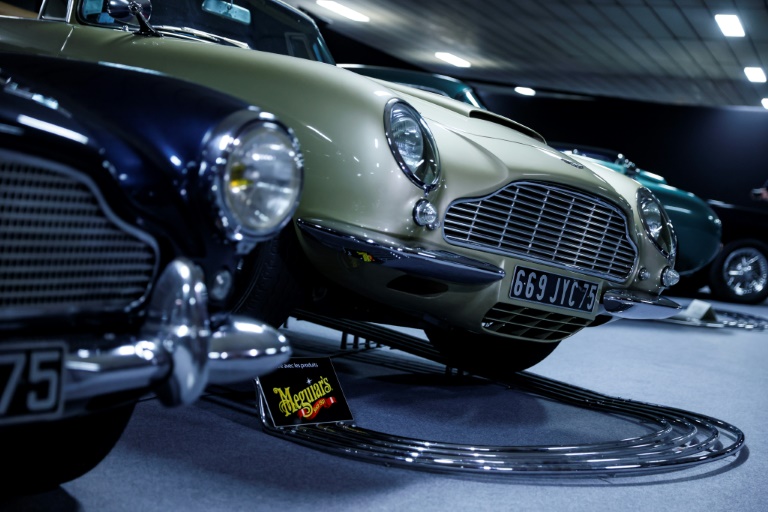 James Bond's favourite carmaker is 20 percent owned by Mercedes-Benz and there were suggestions production could have taken place in Germany. AFP/Thomas Samson

LONDON - Luxury British carmaker Aston Martin will make its fully-electric vehicles in Britain from 2025, its chairman told the Financial Times, in a boost to the country's beleaguered auto sector.

Canadian billionaire Lawrence Stroll said a battery-powered sport utility vehicle (SUV) and fully-electric sports cars will be made at Aston plants in England and Wales.

James Bond's favourite carmaker is 20 percent owned by Mercedes-Benz and there were suggestions production could have taken place in Germany.

Aston meanwhile plans this year to launch hybrid versions of its cars ahead of rolling out fully-electric versions.

In an interview with the business daily, Stroll said its electric "SUV will be built in Wales" and battery-operated sport cars at its plant in Graydon, England.

Aston Martin's fortunes have been hit also by coronavirus-related delays to James Bond spy blockbuster "No Time To Die".

The company launched on the stock market in 2018 to great fanfare.

However, losses almost doubled in 2019, as the group crashed spectacularly on weak global demand linked also to a Chinese economic slowdown.

Aston subsequently clinched a cash injection from Stroll at the start of last year.

As part of the deal, the Racing Point Formula One team -- whose drivers include Lawrence Stroll's son Lance Stroll -- has rebranded as Aston Martin for the 2021 season.