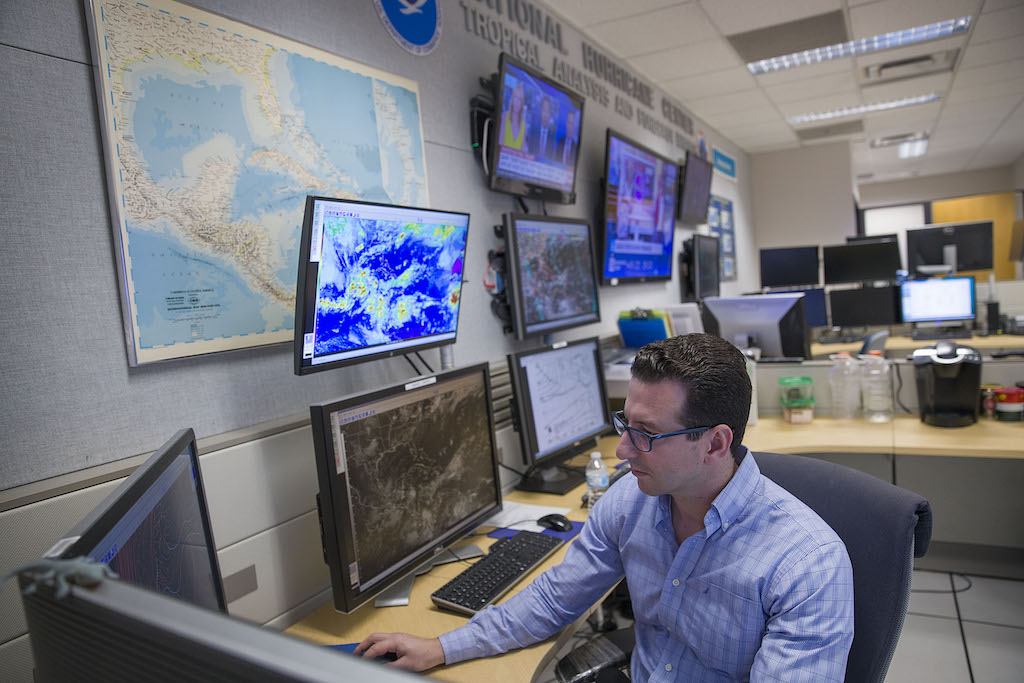 MIAMI - The 2019 Atlantic hurricane season begins on Saturday, and authorities are warning coastal residents to stock up on supplies and remain vigilant after a spate of intense storms in recent years.

Over the past three years, four powerful hurricanes made landfall in Florida or skirted the coast, pummeling the Sunshine State after a decade of relative calm.

For Ken Graham, director of the National Hurricane Center in Miami, this is not the time to be complacent.

"You just have to prepare every single year," Graham told AFP.

Graham, a trained meteorologist, said the number of serious storms in the last few years has made the public more aware of the need to have water, food and medicine at the ready when a storm is coming.

But unfortunately, that awareness tends to fade with time.

After a storm hits, "it's fresh on their mind. So I think you have an increased preparedness... but it's stressful too because you just went through and it's scary," Graham said.

In 2016, Hurricane Hermine was the first to strike Florida in a decade.

Then came Matthew, which caused widespread damage in Haiti but largely spared Florida.

The following year, Irma wreaked havoc in the Caribbean and the Florida Keys. And in 2018, Michael -- a massive category five storms -- devastated the Florida Panhandle.

Other parts of the US have been hit hard in recent years -- Harvey slammed Houston in 2017 and Maria ravaged Puerto Rico that same year. Last year, Florence took aim at the Carolinas.

Many of these areas are struggling to recover from damage caused by the storms.

"If the last years have taught us anything, they've taught us that we need to be prepared," said Daniel Kaniewski, who leads pre-disaster efforts at the Federal Emergency Management Agency.

The Atlantic hurricane season runs from 1 June through 30 November.

Subtropical storm Andrea jumped the gun and was the first named storm of the year, forming briefly in the Caribbean in May.

"This tax holiday is a perfect opportunity for Floridians to get essential supplies and make a plan for the very real possibility of storm impact," he said in a statement.