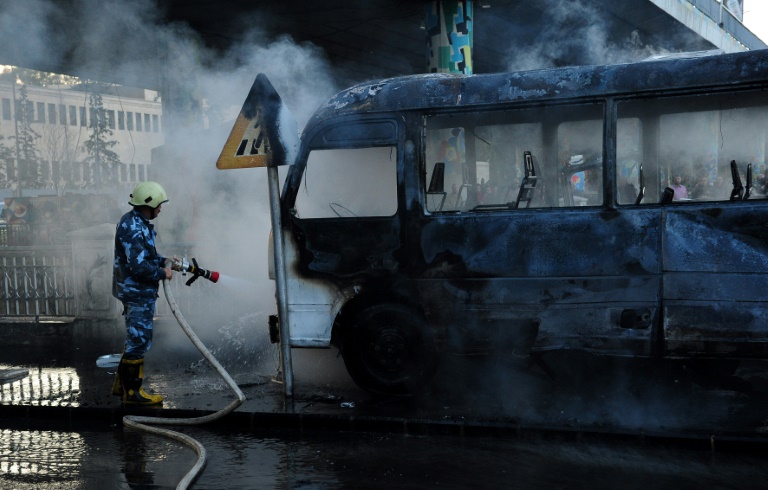 DAMASCUS - A rare bombing of an army bus in Damascus and government shelling shortly after of a town in rebel-held northwest Syria killed at least 27 people Wednesday, in the deadliest flare-up in months.

READ: US rules out normalising with Syria's Assad

Two bombs planted on an army bus in central Damascus were detonated early in the morning, killing 14 people, in the worst such attack there in four years, state news agency SANA reported.

The war-torn country's capital had been largely spared such violence since troops and allied militias retook the last significant nearby rebel stronghold in 2018.

There was no immediate claim for the bombing, but government shelling shortly after killed 13 people in Idlib province, parts of which are controlled by groups that have claimed such attacks in the past.

"A terrorist bombing using two explosive devices targeted a passing bus" at a key bridge in Damascus, the state news agency said, reporting that at least three people were wounded.

Images released by SANA showed first responders searching the charred shell of the bus and what it said was a bomb squad defusing a third device nearby. 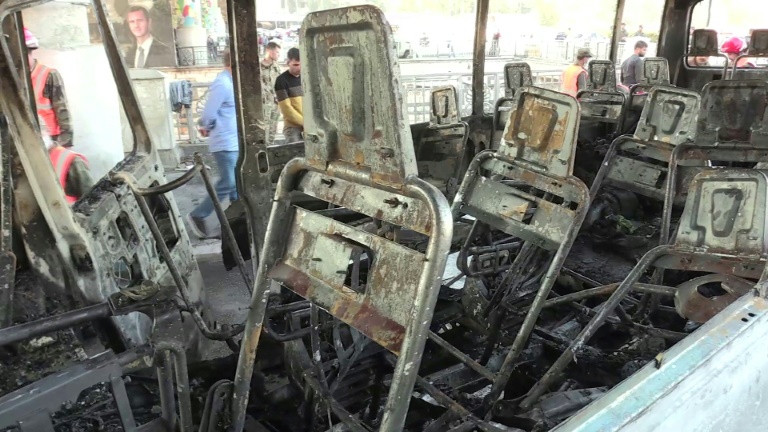 SANA quoted a military source as saying the bombs were detonated as the bus passed near the Hafez al-Assad bridge, close to the national museum.

"We hadn't seen violence of that type in a long time," a fruit vendor who gave his name as Salman told AFP at the scene. "We thought we were done with such attacks."

The bus attack is the deadliest in Damascus since a bombing claimed by the Islamic State jihadist group targeted the Justice Palace in March 2017, killing at least 30 people.

Around an hour after Wednesday's attack, Syrian army shelling struck the rebel-held town of Ariha in Idlib province.

The Syrian Observatory for Human Rights said rockets struck a busy area as students were heading to school. 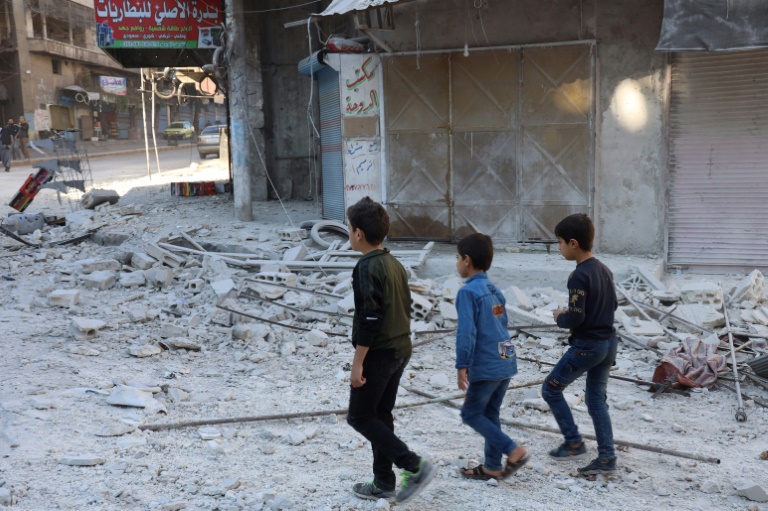 Debris fills the streets of the rebel-held Syrian town of Ariha after shelling by government forces kills 13 people, four of them children, just as pupils were headed to school

It was the highest civilian toll since a March 2020 truce brokered by Turkey and Russia effectively put fighting in Idlib on hold, the Observatory said.

"At 8:00 am (0500 GMT) we woke up to the bombardment. The children were terrified and were screaming," said Bilal Trissi, a father of two who lives nearby.

"There are children who died and people who lost their limbs... We don't know why, what are we guilty of?"

The Save the Children charity said the shelling caused minor damage to two schools in the area.

The UN children's agency condemned the shelling, calling it a "reminder that the war in Syria has not come to an end".

The Damascus bombing too will challenge the government's assertion that the decade-old war is over and that stability is guaranteed for reconstruction and related investment.

Ten years into Syria's war, President Bashar al-Assad's regime has been striving to claw itself out of international isolation, with some success.

Key Damascus ally Iran described the bus attack as "cowardly", saying it "will not undermine the determination of the Syrian government and people in their fight against terrorism."

Syria's war erupted with the brutal repression of unarmed protests demanding regime change in 2011 and it has left around half a million people dead. 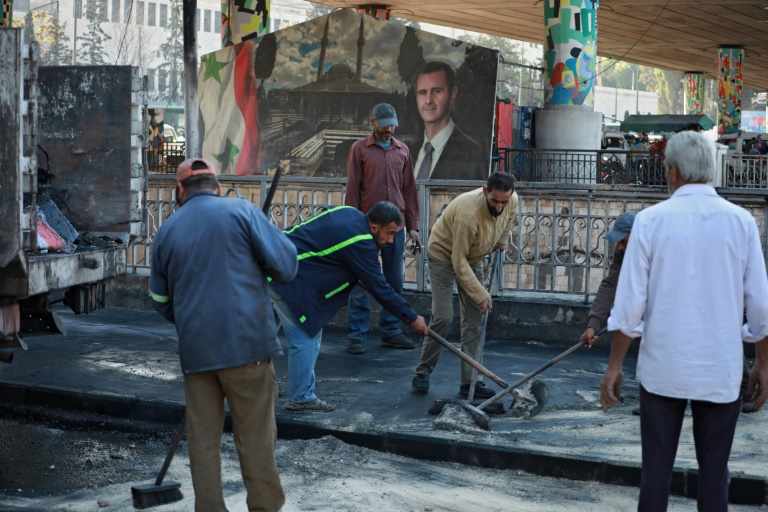 Assad's position once hung by a thread, but Russia's military intervention in 2015 marked the start of a long and bloody fightback.

The IS group's "caliphate" that once straddled swathes of Syria and Iraq shrank to its death in eastern Syria in early 2019.

Since then, the government's main focus has been the Idlib region, now home to many rebels who were forced to surrender elsewhere.

It is dominated by the jihadist group Hayat Tahrir al-Sham (HTS), which includes leaders of Al-Qaeda's former Syria franchise and over which Turkey has some sway. 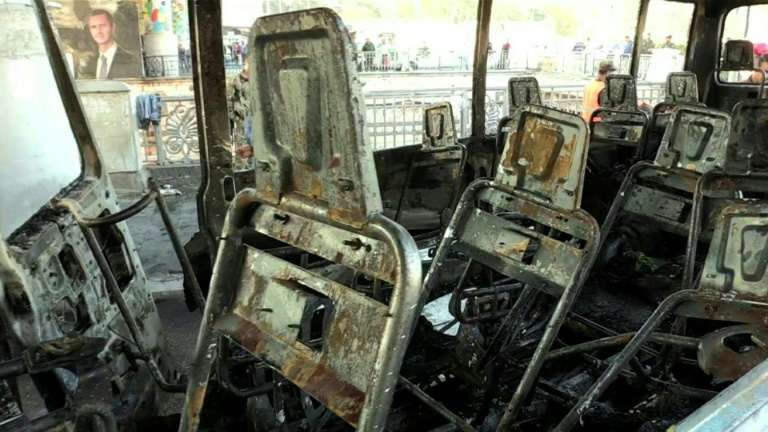 Also Wednesday, six members of a pro-government militia were killed in an arms depot blast in the central province of Hama, the Observatory said.

The pro-government Al-Watan daily reported the same death toll and said a "technical error" caused the explosion, without elaborating.