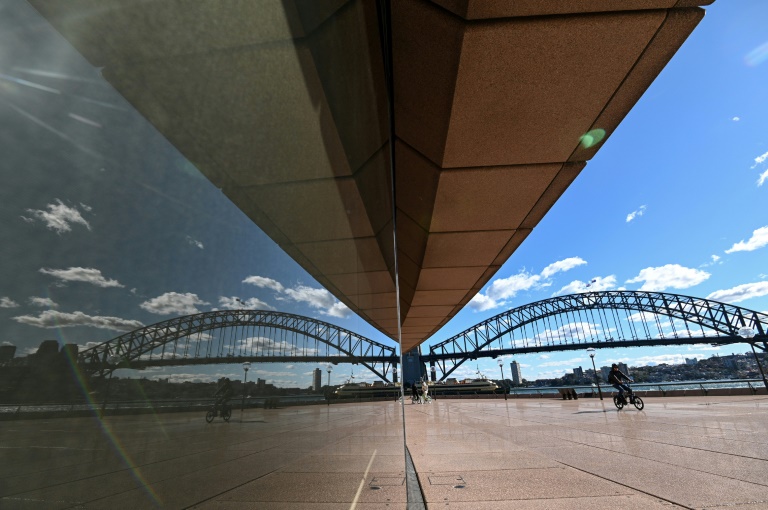 Sydney's normally bustling harbourside centre was nearly deserted after its lockdown took effect, a shock for a city that had returned to relative normality after months with very few Covid cases

SYDNEY - Australia's largest city Sydney entered a two-week lockdown on Saturday to contain a sudden Covid surge, but several European nations lifted restrictions despite the global spread of a highly contagious form of the disease.

While vaccination drives have brought down infections in numerous - mostly wealthy - countries, the rise of the Delta variant which first emerged in India has stoked fears of new waves of a virus that has already killed nearly four million people.

Sydney's normally bustling harbourside centre was nearly deserted after its lockdown took effect, with officials bracing the public for a spiralling crisis. 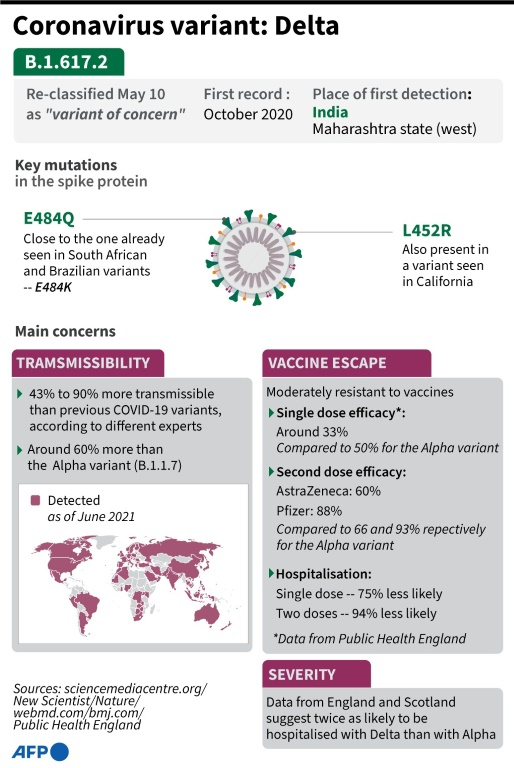 "We do need to brace ourselves for a potentially large number of cases in the following days," said Gladys Berejiklian, the Premier of New South Wales state.

"When you have a contagious variant, like the Delta virus, a three-day lockdown doesn't work - if we're going to do this we need to do it properly," she added.

The new restrictions apply to some five million people across Sydney, along with hundreds of thousands of others living in nearby population centres.

Many are reeling from the shock of the sudden onset of the outbreak in a city that had returned to relative normality after months with very few cases.

"We've been struggling to get back from the lockdowns of last year," said Chris Kriketos, 32, who works at a family-run bakery in central Sydney.

"Today just feels like another kick while you're slowly getting up."

Globally, the pandemic is still slowing down, with the World Health Organization (WHO) reporting the lowest number of new cases worldwide since February and decreasing deaths attributed to the coronavirus.

But concerns over the Delta variant have prompted new restrictions in countries that had previously managed to control their own outbreaks. 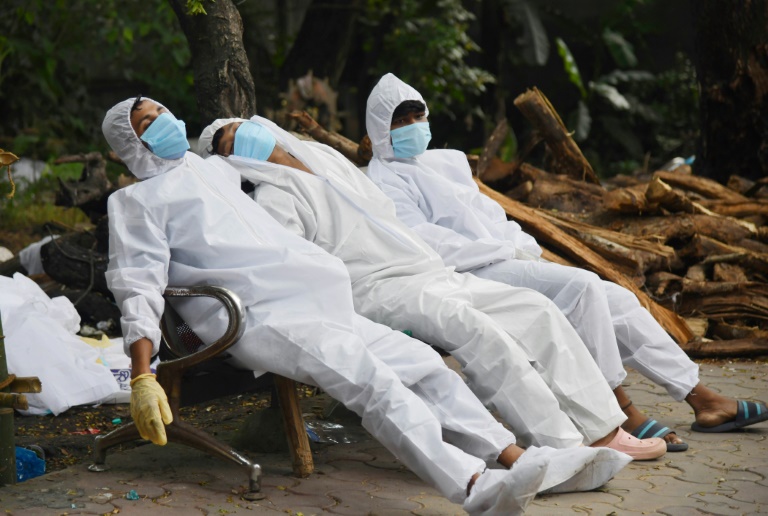 "There is currently a lot of concern about the Delta variant," WHO chief Tedros Adhanom Ghebreyesus told a Friday press conference.

"Delta is the most transmissible of the variants identified so far, has been identified in at least 85 countries and is spreading rapidly among unvaccinated populations," he added.

Spain nonetheless brought an end to mandatory outdoor mask-wearing on Saturday, a year after the rule was first introduced in the wake of the devastating first wave of the virus through Europe.

The decision came despite the announcement of a major coronavirus cluster in the capital Madrid, traced to an end-of-school-year student trip to the holiday island Mallorca, with more than 2,000 people ordered to self-isolate.

The Netherlands ended its rules on outdoor mask-wearing, also easing some restrictions on indoor dining and reopening discotheques to patrons who tested negative for Covid. 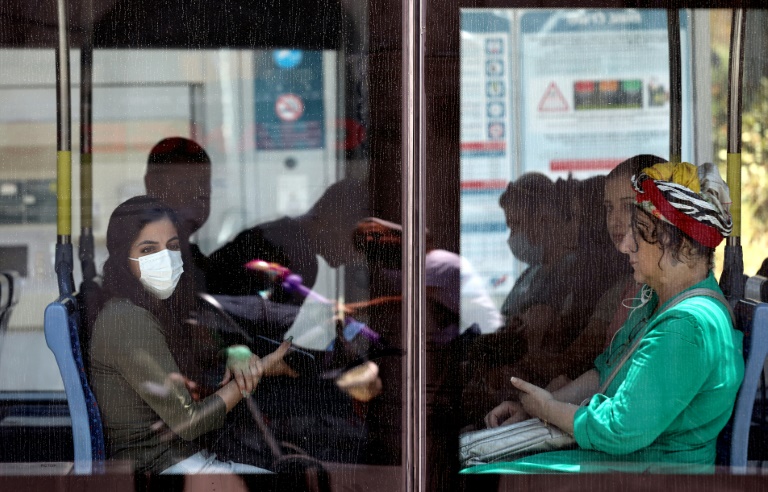 Israel, which has one of the world's most successful vaccination campaigns, has seen infections linked to the variant surge since dropping a requirement to wear masks in enclosed public places 10 days ago

And Switzerland scrapped most of its remaining coronavirus restrictions on Saturday, after Health Minister Alain Berset said this week that the country's use of Pfizer-BioNTech and Moderna vaccines gave adequate protection against the Delta variant.

But Delta is so contagious that experts say more than 80 percent of a population would need to be jabbed in order to contain it -- a challenging target even for nations with significant vaccination programmes.

While several studies have shown that vaccines are slightly less effective against Delta, they are still highly effective -- but only after the second dose. 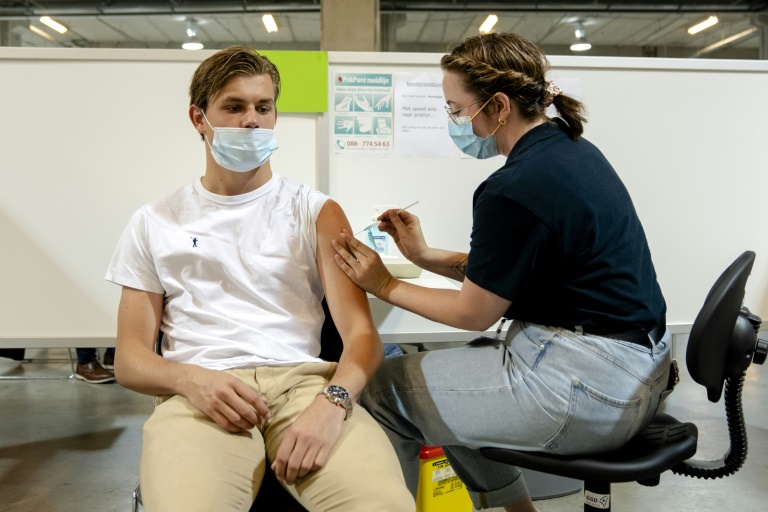 Israel, which has one of the world's most successful vaccination campaigns, has seen infections linked to the variant surge since dropping a requirement to wear masks in enclosed public places 10 days ago.

After four days of more than 100 new cases a day - including 227 on Thursday - the health ministry reversed the decision.

The head of Israel's pandemic response taskforce, Nachman Ash, said the rise in cases was not yet matched by a parallel rise in hospitalisations or deaths.

While Africa has so far been spared the worst of the pandemic, infections are surging at an alarming rate in at least 12 countries.

The Delta variant has been reported in 14 African countries, with unprecedented hospital admissions and fatalities pushing health facilities to the brink, the Africa Centres for Disease Control and Prevention said.

According to the WHO, about one percent of the continent's population is fully vaccinated, the lowest ratio globally.