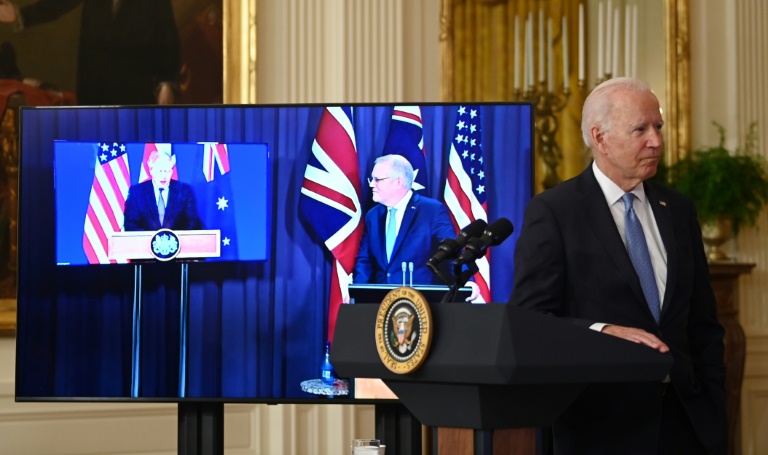 Not developing nuclear weapons, but building a fleet of at least eight state-of-the-art nuclear-powered submarines with American and British help.

In one swoop Morrison ripped up several local political taboos -- chiefly a long-standing ban on nuclear power and ingrained caution about stoking military tensions with China.

"Until very recently -- perhaps until 12 hours ago" the idea would have been "fringe" according to Sam Roggeveen of Sydney's Lowy Institute, describing the ground shift felt Down Under.

The deal -- jointly announced with President Joe Biden and British Prime Minister Boris Johnson -- gives Australia access to potent US military firepower refused even to close allies such as Israel.

It would allow Australia's military to travel, and strike targets, far from its coast.

Nuclear subs "are quieter, faster and have longer endurance, which will allow Australia to deploy its future submarines to Indo-Pacific locations for much longer periods of time", Ashley Townshend of the United States Studies Centre at the University of Sydney told AFP. 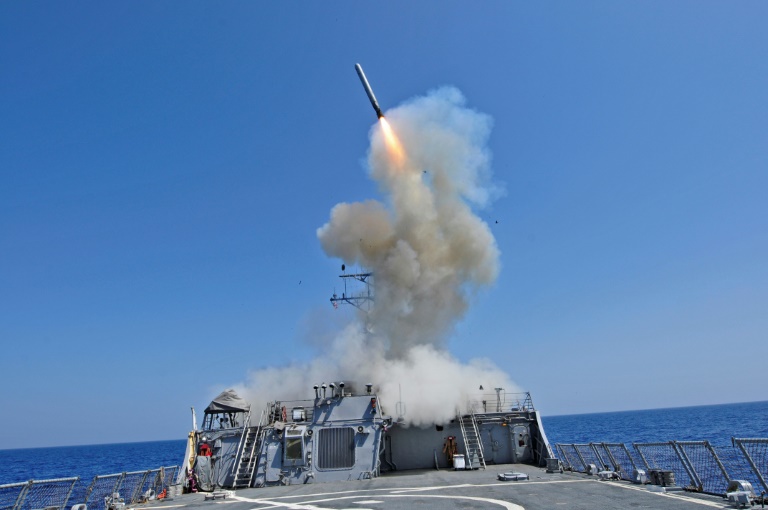 Australia had sketched plans to dramatically tool up its military in 2020 as threats from China mounted and trust in the United States alliance waned after Donald Trump's mercurial presidency.

This agreement would seem to bind Australia to the US and Britain for decades to come.

It "may be the first of many, including the deployment of US long-range strategic strike weapons, including missiles and stealth bombers, to Australia", said Michael Sullivan, an international relations expert at Flinders University.

"Eventually," he said, that could also mean "the redeployment of some US forces to Northern Australia from US bases on Okinawa and Guam, which are increasingly vulnerable to Chinese military attack".

- Playing with the big kids -

But that close embrace and Australia's new capability put a middleweight power at the centre of growing tensions between heavyweights Washington and Beijing.

Not everyone believes that is a wise move.

Former Australian prime minister Paul Keating was scathing, saying the decision would lock Australia into "any military engagement by the United States against China" and reverse decades of engagement with Asian neighbours.

Some "240 years after we departed from Britain, we are back there with Boris Johnson, trying to find our security in Asia through London", he said.

In a series of secret phone calls ahead of the public announcement, Morrison tried to reassure regional allies from Singapore to Wellington that the decision was based on ensuring "security and prosperity in the Indo-Pacific".

But it will have come as a shock to many Pacific capitals, who will have to work through the implications for weeks and years to come -- not least Beijing.

"It's unlikely to be viewed as anything but a move against China," he said. "I won't be surprised if they don't take it well."

The new project also raises questions about Australia's long-standing ban on nuclear energy and is sure to fuel fierce debate at home and among nuclear-sceptic Pacific neighbours.

New Zealand quickly made clear the subs would not be permitted in its territorial waters.

Morrison said the next 18 months would include "an intense examination of what we need to do to exercise our nuclear stewardship responsibilities here in Australia".

Nuclear power has been highly controversial in Australia and Canberra formally banned the use of nuclear energy in 1998, though the country has rich deposits of uranium.

Morrison insisted Australia was "not seeking to establish nuclear weapons or establish a civil nuclear capability".

"And we will continue to meet all of our nuclear non-proliferation obligations," he added.

Adam Bandt, leader of the Greens party, described the nuclear-powered subs as "floating Chernobyls", telling AFP the decision risked a backlash from Australians.

"Australia is a middle power with a lot to lose if conflict escalates in our region," he said.

"Our prime minister is turning up the temperature and putting Australia right in the firing line."