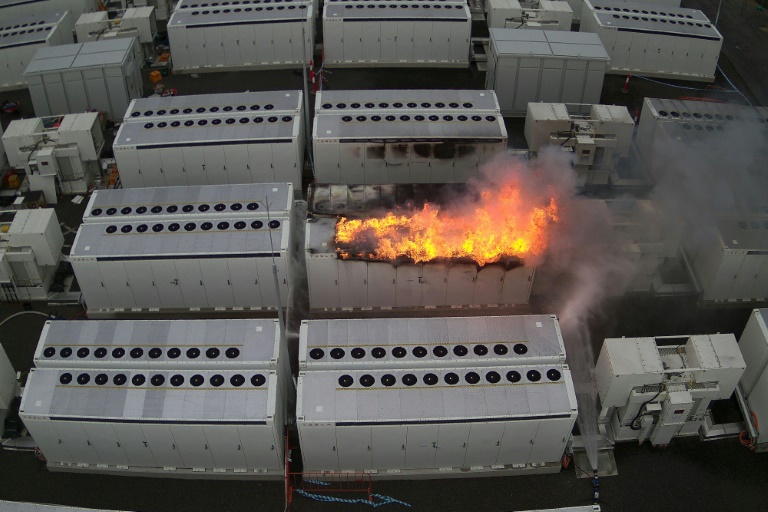 A fire from a 13-tonne lithium battery unit at a Tesla battery site in Australia. AFP/Fire Rescue Victoria

VICTORIA - A blaze at a massive Tesla battery site in Australia that started three days ago was brought under control on Monday, firefighters said.

A 13-tonne lithium battery inside a shipping container had caught fire at the site near Geelong, about an hour's drive from Australia's second city Melbourne, the Country Fire Service (CFA) said.

"There was one battery pack on fire to start with, but it did spread to a second pack that was very close to it," incident controller Ian Beswicke said in a statement. 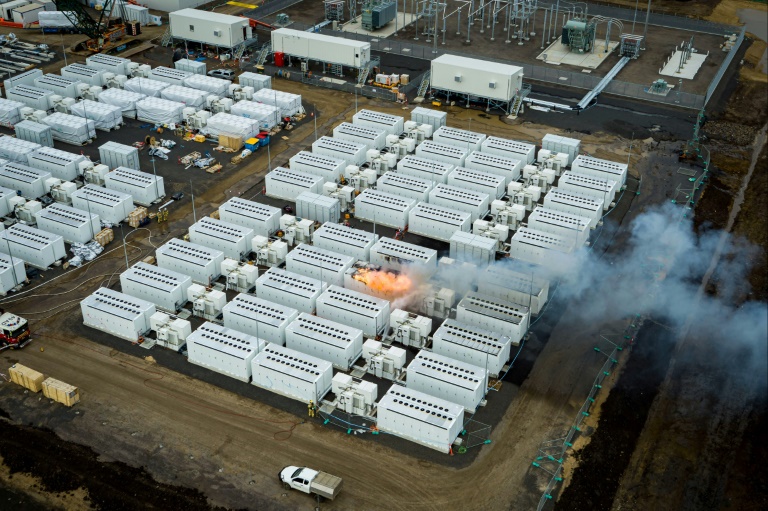 Images released by the CFA showed a cloud of smoke rising from one of the units at the site.

The fire service said the incident had been declared "under control" on Monday.

"Firefighters have successfully completed the operation of opening all doors to the container of the battery, with no sign of fire," the CFA said in an update.

Fire authorities said the cause of the blaze was unknown.

"A smaller number of firefighters and fire trucks from CFA will remain on scene for the next 24 hours as a precaution in case of reignition, the update added. 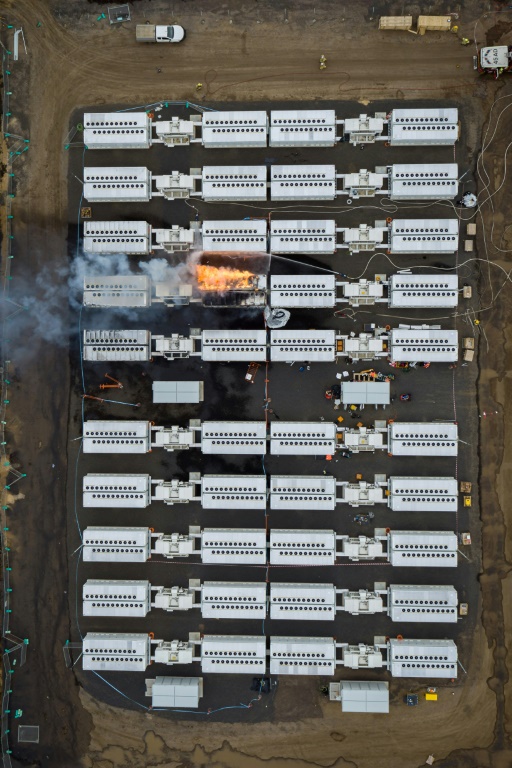 Fire authorities said the cause of the blaze was unknown

The battery site -- one of the largest in the world -- is designed to store energy produced by renewables and send power to the grid.

Local residents were initially warned about the possibility of toxic smoke but the Environmental Protection Agency said monitoring had shown "good air quality" near homes.

Neoen Australia managing director Louis de Sambucy said no one was injured in the incident, and with the site disconnected from the grid, there had been no impact on electricity supply.

"Investigation preparations are underway and physical inspections will commence once the CFA have completed their procedures," he said.