Australia vows to enforce Covid rules ahead of Djokovic decision 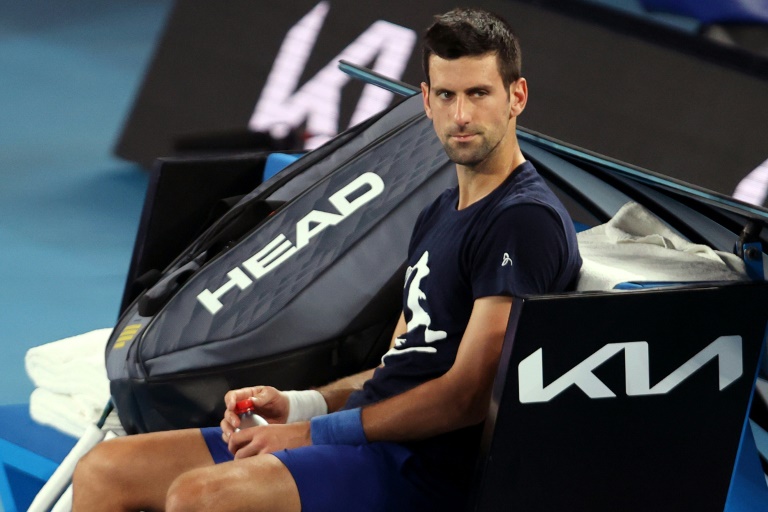 The Serbian world number one practised on the Australian Open courts in the morning for his attempt to secure a 10th title at the tournament, which starts in three days.

Victory in the competition, in which he is the top seed, would deliver a record 21st Grand Slam.

Prime Minister Scott Morrison's government has come under fire for not deciding sooner on whether to eject the 34-year-old tennis ace, an avowed vaccine sceptic.

Djokovic's legal team had scored a win Monday by quashing the cancellation of his visa by Melbourne airport border control over his Covid-19 vaccination status.

Since then, Immigration Minister Alex Hawke has threatened to use his own powers to tear up Djokovic's visa a second time.

A report in The Australian said Djokovic's lawyers would challenge a fresh cancellation of his visa.

Djokovic's legal team was "expected" to file an injunction against deportation, the newspaper said without citing a source.

Finance Minister Simon Birmingham said Australia only lets in foreign nationals who are fully vaccinated against Covid-19 or have an acceptable medical exemption.

"That policy has not changed and we will continue to apply that policy rigorously," Birmingham told national broadcaster ABC.

The visa battle with Djokovic is politically charged in Australia, which has endured nearly two years of some of the world's toughest coronavirus restrictions.

General elections must be called by May.

Opposition Labor Party senator Kristina Keneally said it was now 58 days since Djokovic had been granted a visa to enter Australia.

"@AlexHawkeMP needs to decide now whether Djokovic stays or goes," she said on social media.

"The Morrison Govt is just incompetent. This is a farce." 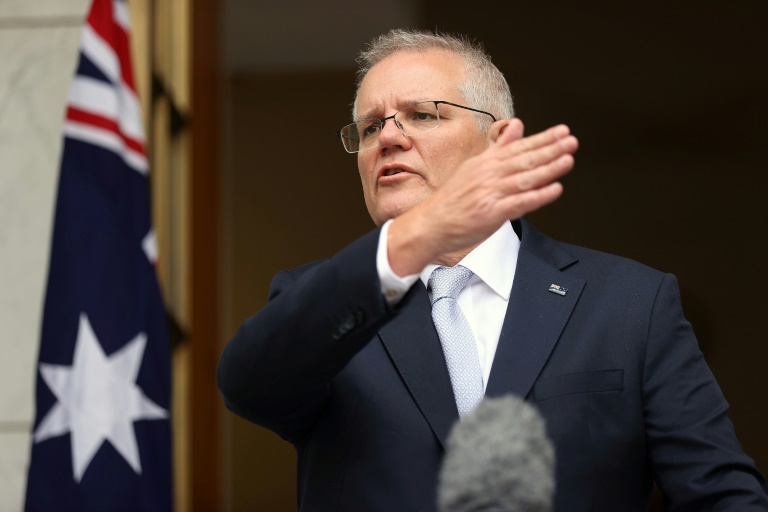 Some tennis players say Djokovic should now be allowed to play, but not all have been supportive.

"For sure he has been playing by his own rules," Tsitsipas said in an interview with Indian broadcaster WION.

"It takes a lot of daring to do and (is) putting a Grand Slam at risk... I don't think many players would do that."

Nearly everyone in the Australian Open had been vaccinated, Tsitsipas said. But others "chose to follow their own way which kind of makes the majority look like they're all fools".

Djokovic flew into Melbourne airport on January 5 claiming a vaccine exemption because of a positive PCR test result on December 16.

Border agents rejected his exemption, saying a recent infection was an insufficient justification, tore up his visa and placed him in a detention centre. 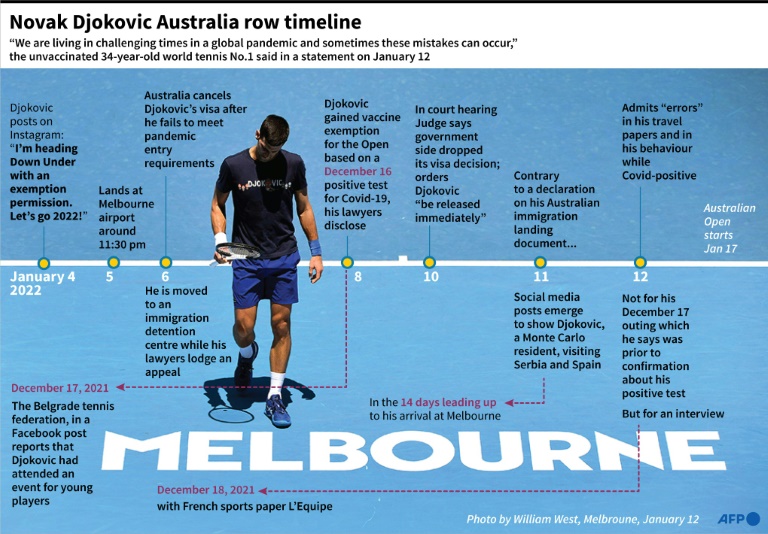 Djokovic overturned the visa decision because border officials at the airport failed to give him the agreed time to respond.

The tennis ace described reports about post-infection outings without a mask in Serbia as "misinformation" in an Instagram post on Wednesday.

On the day of his claimed positive test in Serbia, he attended a ceremony to honour him with stamps bearing his image. The following day he attended a youth tennis event. He appeared at both apparently without a mask.

Djokovic said he only received the PCR test result after going to the children's tennis event on December 17.

But he admitted that he also went ahead with an interview with French sports daily L'Equipe on December 18.

"On reflection, this was an error of judgement and I accept that I should have rescheduled this commitment," Djokovic said.

The journalist who carried out the L'Equipe interview, Franck Ramella, said he had been unaware at the time of the interview that Djokovic was Covid-positive. 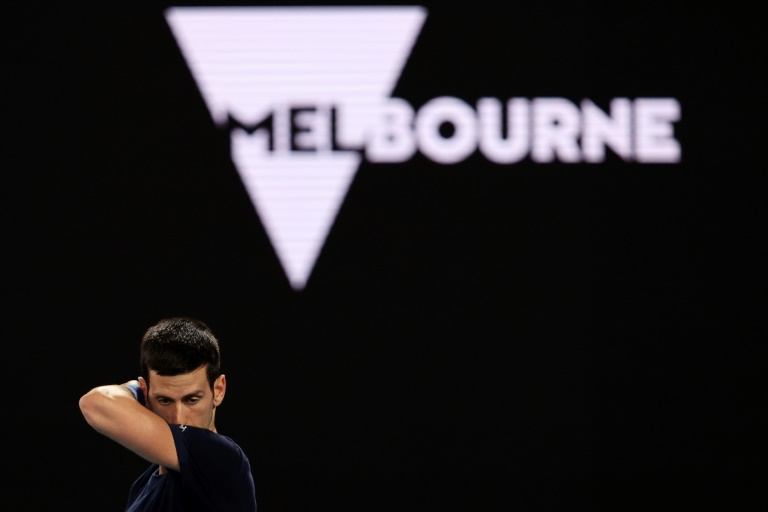 The Serbian world number one is looking to secure a 10th title at the Australian Open, as well as a record 21st Grand Slam

The tennis star also admitted to a mistake on his Australian travel declaration, in which a box was ticked indicating that he had not, or would not, travel in the 14 days before flying to Melbourne.

Social media posts and reports show he flew from Serbia to Spain during that period.

Djokovic blamed his support team for this. "My agent sincerely apologises for the administrative mistake in ticking the incorrect box," he said.

Or the minister could act on character grounds if he believes Djokovic may flout Australian public health orders, based on his failure to self-isolate in Serbia.

In this scenario, Djokovic would likely have to return to detention during the legal fight, Levingston said.

The player would also have the option of being voluntarily deported, he said.

"He has available to him what is called the 'common law remedy of self-help' -- which is to leave the country," the lawyer explained.

As Covid-related hospitalisations rose in Melbourne, the Victorian state government said Thursday it would cap spectator capacity at the Australian Open at 50 percent.