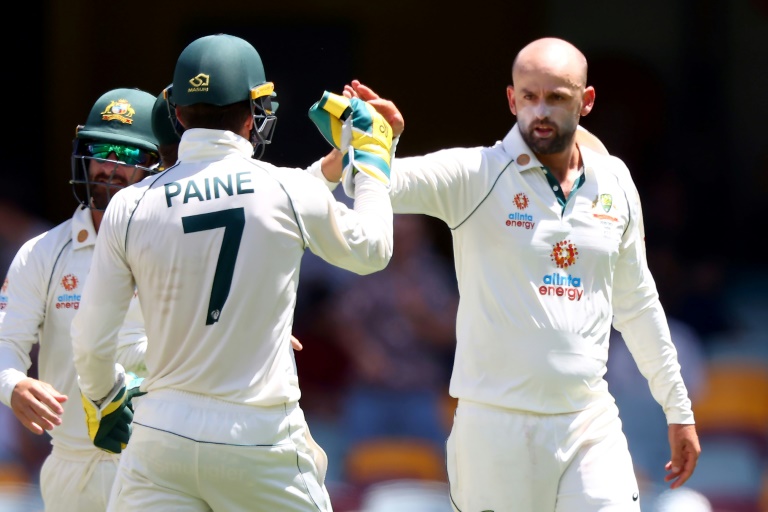 SYDNEY - Australia's bowlers want Tim Paine behind the stumps for the first Ashes Test against England because he is "the best keeper in the world", spin king Nathan Lyon said Thursday.

Paine quit as Test captain in disgrace last week over a historical text message scandal, but is keen to keep playing.

Selectors must decide whether to cut him loose and start afresh or show loyalty amid a groundswell of support to keep him in the team for the opening clash in Brisbane on December 8.

Opener Marcus Harris on Wednesday said Paine had the backing of the Australian squad and Lyon -- who is one wicket away from claiming 400 Test scalps -- reiterated this.

"The selectors always said they were going to pick the best available XI and in my eyes Tim Paine is the best keeper in the world," he said. "I know I want him.

"Every bowler's relationship with (him) is exceptional and Tim Paine is a very loveable guy and a very well-respected guy within the changeroom."

Lyon added that he could "100 percent guarantee he (Paine) has the full support of the Australian changeroom".

"Tim made a mistake, he's owned it, for me that shows great courage, to be honest."

Paine quit ahead of a series of lewd text messages with a female colleague in 2017 being made public.

He was investigated at the time and cleared of any breach of cricket's code of conduct, but said he was stepping down as skipper because his actions "do not meet the standard of an Australian cricket captain".

His replacement is yet to be announced with Pat Cummins and Steve Smith the frontrunners to lead the side.