Australian Open and Djokovic - where the Grand Slam stands 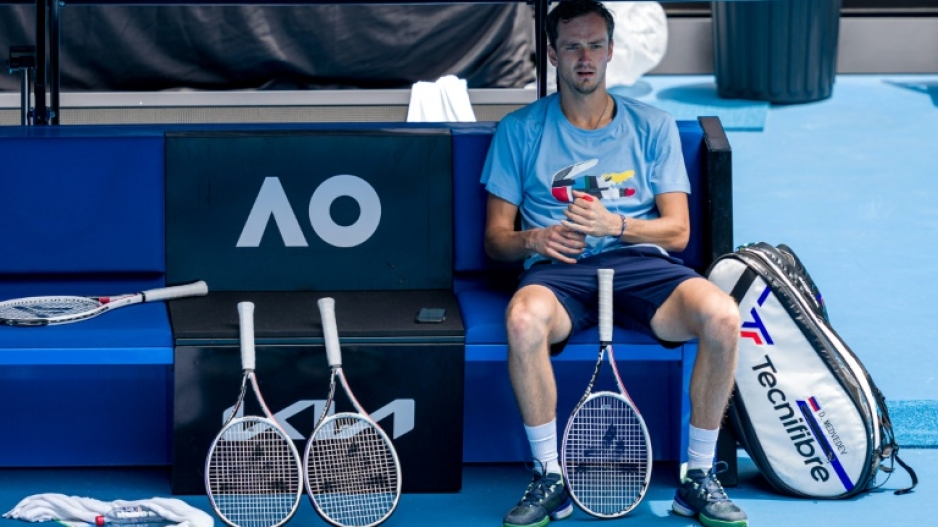 MELBOURNE - Novak Djokovic's hopes of defending his Australian Open title are in severe doubt after he was detained again in Melbourne on Saturday, just two days before the start of the Grand Slam.

It came after Australian authorities ripped up his visa for a second time and declared the unvaccinated world number one a threat to the public because of his views about being jabbed.

A federal court hearing is scheduled for Sunday as the Serbian fights against deportation.

AFP Sport looks at where it leaves the Australian Open:

- Is Djokovic still in the draw? -

The 34-year-old is chasing a record-breaking 21st Grand Slam, which would make him the most successful men's tennis player in history. He was named the top seed and remains in the draw to face fellow Serbian Miomir Kecmanovic, ranked 78th in the world, in the first round on Monday. He would be expected to play on Rod Laver Arena, the biggest venue at Melbourne Park.

- What happens if he is deported? -

If he is deported, the Australian Open will be missing its defending champion. It does not massively change the draw, but it would need to be reconfigured. According to the rules, the most likely outcome would be that the fifth seed, in this case Russia's Andrey Rublev, takes Djokovic's place. In terms of favourites for the championship, Djokovic's absence would see second seed Daniil Medvedev in pole position along with 20-time Grand Slam champion Rafael Nadal. Roger Federer is injured and not there.

Of all his Slam achievements, winning the crown this time would be the most extraordinary of all, given Djokovic's badly disrupted build-up including several nights in a detention centre. If he plays he will also need to defy a hostile crowd -- his actions have made him public enemy number one in a city which endured one of the longest Covid lockdowns in the world.

- What has the Australian Open said? -

Tennis Australia, which organises the Grand Slam, has refused to get involved publicly as the saga has dragged on. TA has been accused of misleading players over the Covid-19 vaccine requirements for entering the country. Australian media has called on tournament chief Craig Tiley -- who has also largely kept stum -- to quit.

- What does the tournament do now? -

Not a lot, it sits and waits like everyone else for Sunday's court hearing. Paul McNamee, a former Australian Open tournament director, said that the so-called 'Happy Slam' was in "limbo".