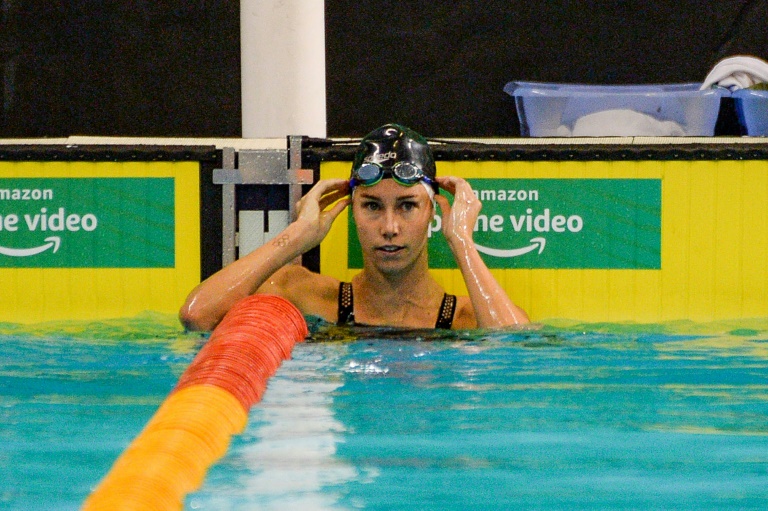 ADELAIDE - Emma McKeon reinforced her status as a gold medal favourite in the 100m freestyle at the Tokyo Olympics on Wednesday, scorching to victory ahead of veteran Cate Campbell in the Australian trials.

The 27-year-old, who won four medals at the 2016 Rio Games, made a statement in the morning heats at Adelaide with a blistering 52.19secs, the world's best this year, and touched in 52.35 to win the final.

She now owns the world's three fastest times of 2021 as she zeroes in on the 51.71 world record set by Sweden's Sarah Sjostrom four years ago.

Campbell was second in 52.59 to book her spot at a fourth Olympics.

Australia has such depth in the sprints that Madi Wilson and Meg Harris also went under 53 seconds, boding well as they target a hat-trick of gold medals in the women's 4x100m freestyle relay.

China's Zhang Yufei is the only other swimmer to dip under the milestone this year.

"I'm been pretty happy with how I've been swimming this week," said McKeon, who has also qualified in the 200m freestyle, where she won bronze in 2016, and the 100m butterfly.

She will attempt to add a fourth event when she contests the 50m freestyle on Thursday, the final day of the six-day meet.

"Obviously this is the trials not the Olympics and that's where the pressure is and my focus is now just on the Olympics in five weeks," she added.

Campbell, who was the hot favourite in Rio only to finish sixth, said she was ecstatic at making a fourth Olympics as she strives to add to her five-medal haul.

"Relief is the presiding emotion right now," she said.

"I dreamt of going to the Olympics since I was nine years old, most people get to do it once in their life and here I am nearly 30 years old and going to my fourth. It's honestly a dream come true."