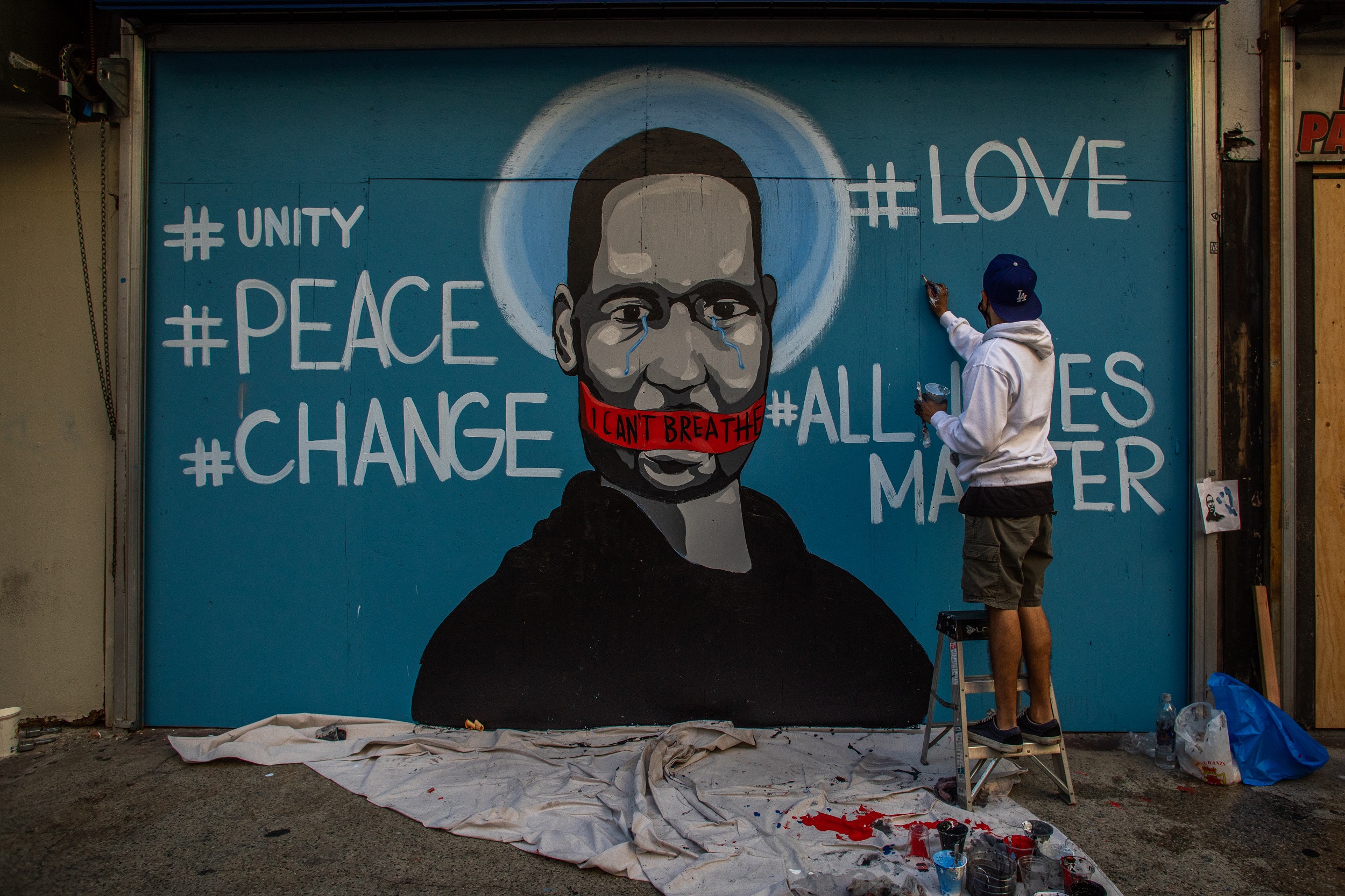 An artist paints a mural in Downtown Los Angeles in protest against the death of George Floyd, an unarmed black man who died while while being arrested and pinned to the ground by the knee of a Minneapolis police officer.

MINNEAPOLIS - An official autopsy ruled that George Floyd, the African-American man whose death at police hands set off unrest across the United States, died in a homicide involving "neck compression".

Floyd died of "cardiopulmonary arrest complicating law enforcement subdual, restraint, and neck compression," and the manner of death was "homicide," the Hennepin County Medical Examiner in Minneapolis said in a statement.

READ: US cities under curfew after fresh anti-race protests, looting

The statement added that the "manner of death is not a legal determination of culpability or intent."

It emphasised that under Minnesota state law "the Medical Examiner is a neutral and independent office and is separate and distinct from any prosecutorial authority or law enforcement agency."

IN PICTURES: Protests flare around US over George Floyd killing​​​​​​​

Ellerbe confirmed to ESPN that Floyd's family had accepted Mayweather's offer to pay for funeral services.

"He'll probably get mad at me for saying that, but yes, (Mayweather) is definitely paying for the funeral," Ellerbe said.

The lawyer for Floyd's family said that a funeral will be held on June 9 in Houston.