Bangladesh hope to rebound in T20 series with West Indies 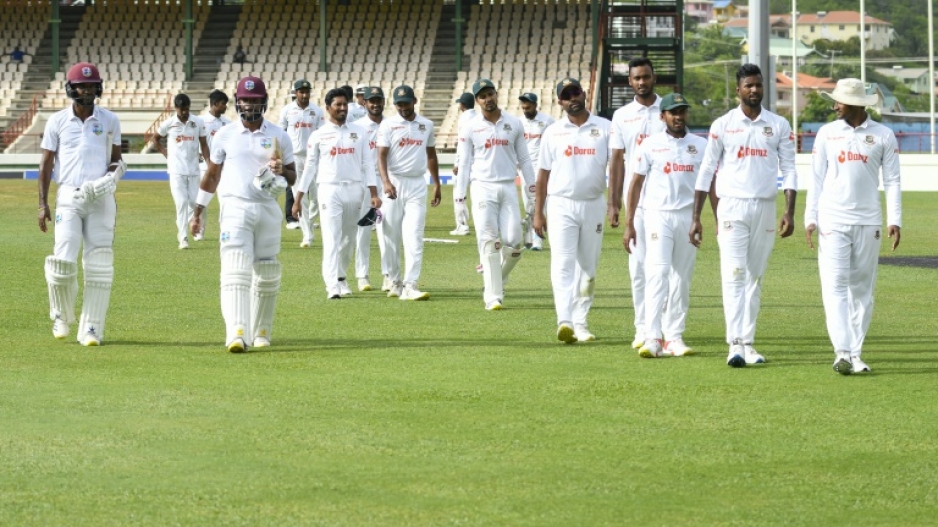 Comprehensively beaten in both Test matches by the West Indies, Bangladesh's cricketers are hoping the clouds of uncertainty ahead of their three-match T20 International series will blow away in time for Saturday's opening match

ROSEAU, Dominica - Comprehensively beaten in both Test matches by the West Indies, Bangladesh's cricketers are hoping the clouds of uncertainty ahead of their three-match T20 International series will blow away in time for Saturday's opening encounter at Windsor Park in Dominica.

While it is expected the visitors will be much more competitive in both the T20I's and then the three-match One-Day International series which rounds off their tour, question marks over the availability of key players could have an unsettling effect on a squad in dire need of stability and direction.

Even after he endorsed Bangladesh's greater affinity to the white ball formats of the game, and especially the 50 overs-per-side version, information coming out of Dhaka suggests Test captain Shakib al Hasan will miss the ODI leg of the campaign.

This is apparently because these matches do not form part of the ODI Super League where points are earned towards qualification for next year's World Cup in India.

"I expect us to be a lot more competitive in the white ball formats," said Shakib in the immediate aftermath of his team's ten-wicket defeat in the second Test in St Lucia on Monday which gave the West Indies a 2-0 sweep of the series.

"The One-Day format is something we always do well in and we are not far behind in the T20 format either so I believe we will put on a show and be very competitive against the West Indies."

Recent history bears out that confidence as Bangladesh won both the ODI and T20I series on their last visit to the region in 2018.

At last year’s World T20 in the United Arab Emirates and Oman, West Indies just managed to hold on for a three-run victory over the Bangladeshis, the only victory for the then title-holders at the main group stage of a massively disappointing campaign.

Apart from Shakib's anticipated absence for the ODI's, there is also speculation that three players originally selected in the T20I squad -– Mohammad Saifuddin, Shohidul Islam and Yasir Ali -– will not be involved in the two matches in Dominica at the weekend and the finale in Guyana on July 7.

Unconfirmed reports also indicate Taijul Islam will be Shakib's replacement for the ODI's, all three of which will be played in Guyana.

Although buoyant following the successes in the Tests, West Indies also have issues over player availability.

Regular opener Evin Lewis is not undergoing a fitness test as had been requested by the selectors, middle-order batsman Shimron Hetmyer is nursing an injury while all-rounder Fabian Allen has been granted leave of absence after originally being selected in the white ball squads.

Nevertheless, Desmond Haynes, the outstanding former opening batsman and now chairman of selectors, is expecting the T20I and ODI teams to pick up from where the Test squad left off.

"I'm not going to be sitting here and talking about how we've turned the corner or anything like that," he said on Wednesday.

"But I just want to recognise the success we've had so far and also the players who have been doing a good job for us."

All-rounder Kyle Mayers, 'Man of the Series' across the two Tests and fast bowler Alzarri Joseph, the leading wicket-taker in the series with 12 victims, are included in the T20 squad to be led by Nicholas Pooran with Rovman Powell as his vice-captain.

Windsor Park will be seeing its first senior men's international action since the last Test of the series against Pakistan in May, 2017.

The island was devastated by the passage of Hurricane Maria in September of that year, necessitating considerable restorative work on Dominica’s premier sporting venue.