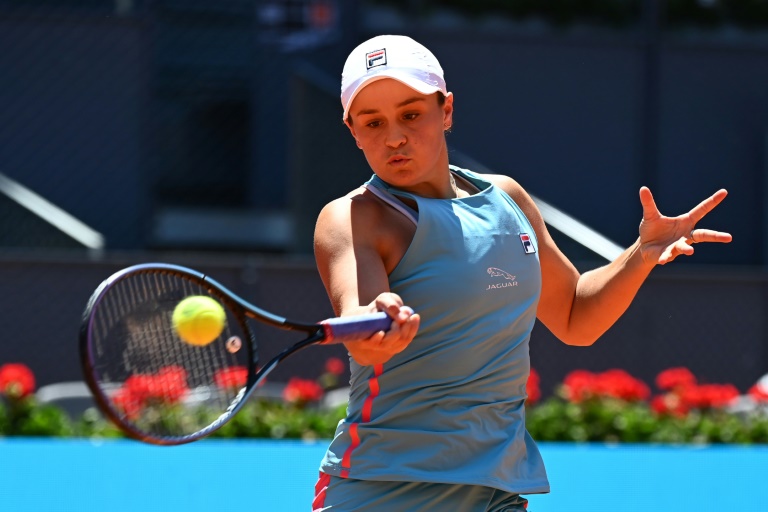 Ashleigh Barty is one win away from a fourth title of the season. AFP/Gabriel Bouys

MADRID - Ashleigh Barty cruised into the Madrid Open final on Thursday with a 6-4, 6-3 win over Paula Badosa, as the world number one avenged last month's loss to the Spaniard in Charleston.

Barty, the 2019 French Open champion, is targeting a fourth title of the year following her wins at Melbourne's Yarra Valley Classic, in Miami and on clay in Stuttgart.

The top seed shaded a tight opening set against the 62nd-ranked Badosa, the first Spanish woman in the tournament's 12-year history to make the semi-finals.

She converted her third set point when Badosa doubled faulted at 4-5, a single break of serve proving decisive for the Australian.

Barty dropped serve herself to start the second set but broke twice in succession to regain control and make it 16 straight wins on red clay.

She will play fifth seed Aryna Sabalenka of Belarus or Russia's Anastasia Pavlyuchenkova in Saturday's final.