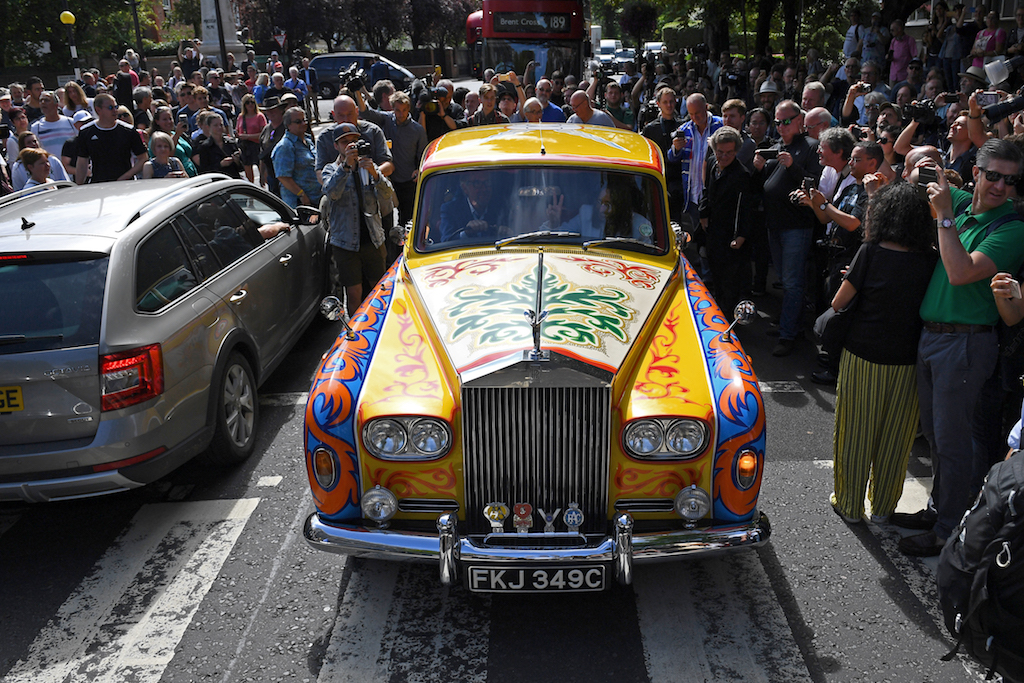 LONDON - Hundreds of Beatles fans came together outside London's Abbey Road Studios on Thursday to celebrate the 50th anniversary of the band making one of the most iconic album covers of all time.

Fans mobbed the pedestrian crossing exactly five decades on from the moment when Britain's legendary Fab Four walked across for the photo that was used on the sleeve of their final studio album, Abbey Road.

The shot of John Lennon leading bandmates Ringo Starr, Paul McCartney and George Harrison over the zebra crossing is instantly recognised all over the world.

Beatles tribute band Fab Gear pulled up in a psychedelic Rolls-Royce and recreated the moment, as fans halted the traffic.

Mary Anne Laffin, 66, flew in from New York to be at what she called a "holy shrine".

As a youngster, she ran on the pitch when The Beatles played at New York's Shea Stadium in 1966.

"I was overcome, climbed over all the seats and ran, trying to get to the stage. I got carted off by the police."

She added: "It's exciting to see all these people that also love them, and how much they've meant to the world."

The idea stemmed from a sketch by McCartney of stickmen on the zebra crossing.

The picture was taken at around 11:35 am on August 8, 1969 by Scottish photographer Iain Macmillan.

The time of day was chosen to avoid fans, who knew that the band typically turned up at the studios in the mid-afternoon.

Macmillan stood on a stepladder in the street, while a policeman stopped the traffic.

Macmillan took six frames, of which the fifth one was used - the only one with the band stepping in unison over the six zebra stripes.

The photo shoot was over in about 10 minutes.

The album's final recordings were done 12 days later on August 20.

Abbey Road was released on September 26 - six days after Lennon privately told his bandmates he was quitting the group.

The album contained 17 tracks, including Harrison's Something and Here Comes the Sun, Starr's Octopus's Garden, Lennon's Come Together, and the closing medley of scraps of unfinished songs largely by McCartney.

The front cover, unusually, did not feature the name of the band or the album.

However, the record, and its sleeve became cherished classics.

The cover also fuelled the "Paul Is Dead" conspiracy theory.

Some people believed that McCartney having a cigarette in his right hand despite being left-handed proved he was an imposter, and saw hidden messages in him walking out of step with the others and being barefoot.

Abbey Road Studios is in St. John's Wood, a wealthy residential part of northwest London, and McCartney still lives a few streets away.

Some 190 of The Beatles' 210 songs were recorded at the world's first purpose-built recording studio.

It has drawn Beatles pilgrims from across the world ever since, with countless fans having walked over the zebra crossing, replicating the picture.

The crossing is also continuously live-streamed on the studio's website.

The crossing gained Grade II protected status in 2010, meaning that it is recognised as nationally important and of special interest.

"It was very emotional and moving. There was an aura about it," said Janet Barnett, 68, from Broadstairs in southeast England, after joining in the 50th-anniversary celebrations.

Chris Barnett, 63, added: "They changed music forever. They sang about love and peace and you could feel that.

"In another 50 years, people will still be here doing it." 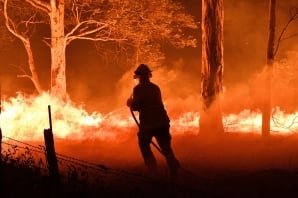