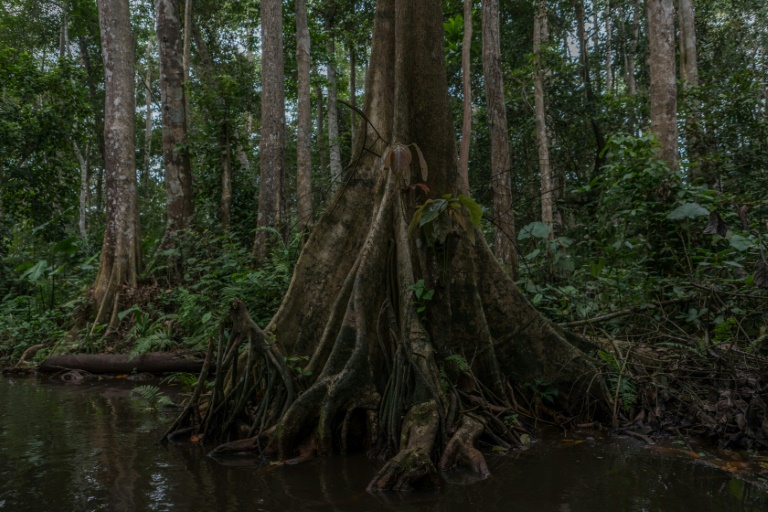 Home to once bustling flora and fauna, experts now warn that the fragile environment, one of the last of its kind in the West African country and accessible only by canoe, is at risk of disappearing.

The 3,000 hectares of forest, which takes its name from the river Hlan, is home to 241 plant and 160 animal species including the rare red-bellied monkey, the marsh mongoose and the sitatunga, a swamp-dwelling antelope.

Perched at the top of a gigantic tree squawks a hornbill -- a big bird known for its long, down-curved and colourful bill, similar to toucans.

"Hornbills feed on insects and fruits. They like to follow monkeys around because they force insects to come out when they move around, making it easier for hornbills to catch," explained Vincent Romera, a French ornithologist and photographer. 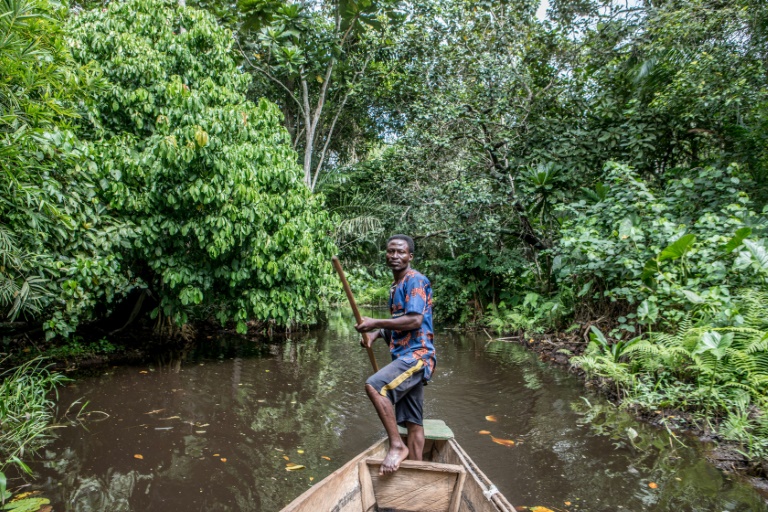 With his binoculars, Romera admires a family of monkeys jumping from tree to tree, while keeping a clear distance.

"The animals here have become fearful," he says. He's considering using camera traps to try to photograph them, but also to count the forest's animal population.

"The numbers are in free-fall," he says.

Sometimes, the forest's noisy concert is interrupted by gun shots, he says, probably from poachers.

Communities living around the forest "need money, so those who can shoot go and kill animals," explained Roger Hounkanrin, a local tourist guide.

Despite steady economic growth in recent years, poverty is widespread in Benin, especially in rural areas, and 40 percent of the population lives below the poverty line according to World Bank data. 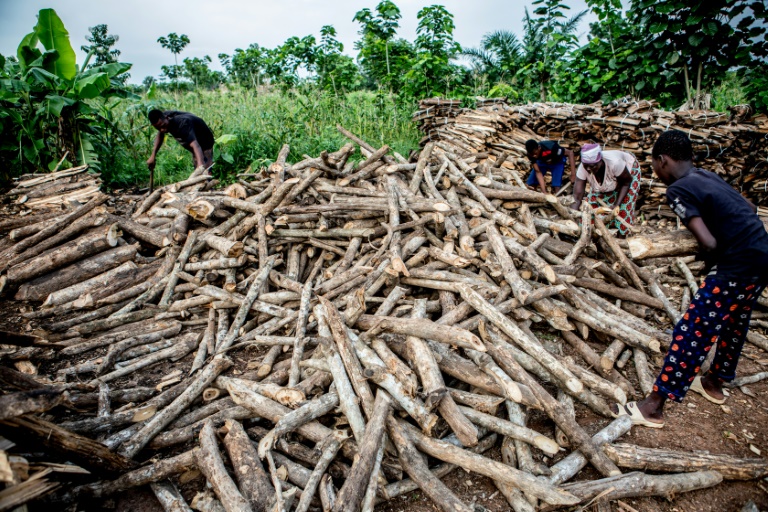 Between 2005 and 2015, Benin's forest cover was slashed by more than 20 percent, according to the World Bank

On the side of the road that lines Hlanzoun forest, lizards, crocodiles and snakes killed by hunters are sold and bought. Monkeys, too, are sometimes sold for meat.

But even more than poaching, excessive logging threatens the forest.

Between 2005 and 2015, Benin's forest cover was slashed by more than 20 percent according to the World Bank, and the deforestation rate continues to be high at 2.2 percent annually.

Trees are cut down for firewood, and the fermented sap of palm trees is used to make a local alcohol, sodabi.

The destruction of the forest habitat reduces areas where animals can thrive, forcing them towards farms to find food and exposing them to poachers. 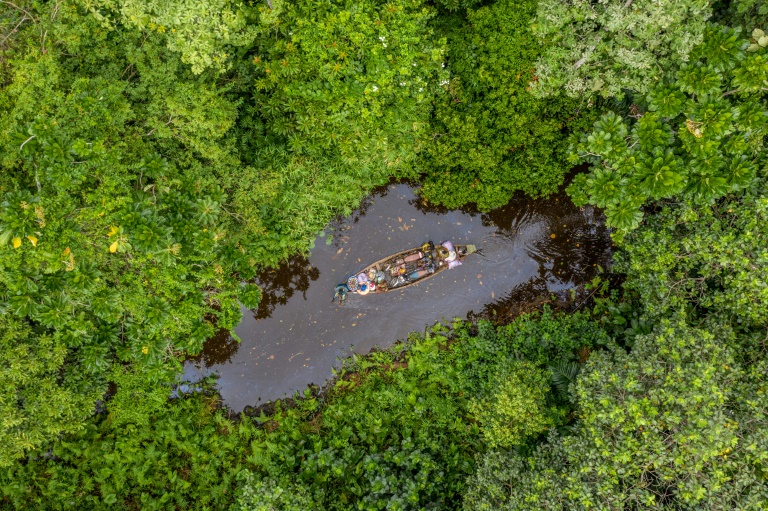 The government does not officially recognise Hlanzoun despite lobbying efforts

"This is a location that is at risk of disappearing," said local agricultural economist Judicael Alladatin.

"It's a poor area and we can't blame people for wanting to feed themselves," Alladatin said, urging authorities "to create conditions for alternative sources of income."

The government does not officially recognise Hlanzoun forest despite lobbying efforts of several NGOs and scientific papers on the forest since 2000.

But it has started to recognise the importance of safeguarding forests in general, according to the World Bank, with recently updated forest policy and tax systems.

In Hlanzoun, the state "must act quickly" said Bodjrenou, and "support forest communities so that they can continue to make profit... but in a different way" by developing agriculture, trade and sustainable tourism.