Biden arrives at US Capitol for inauguration 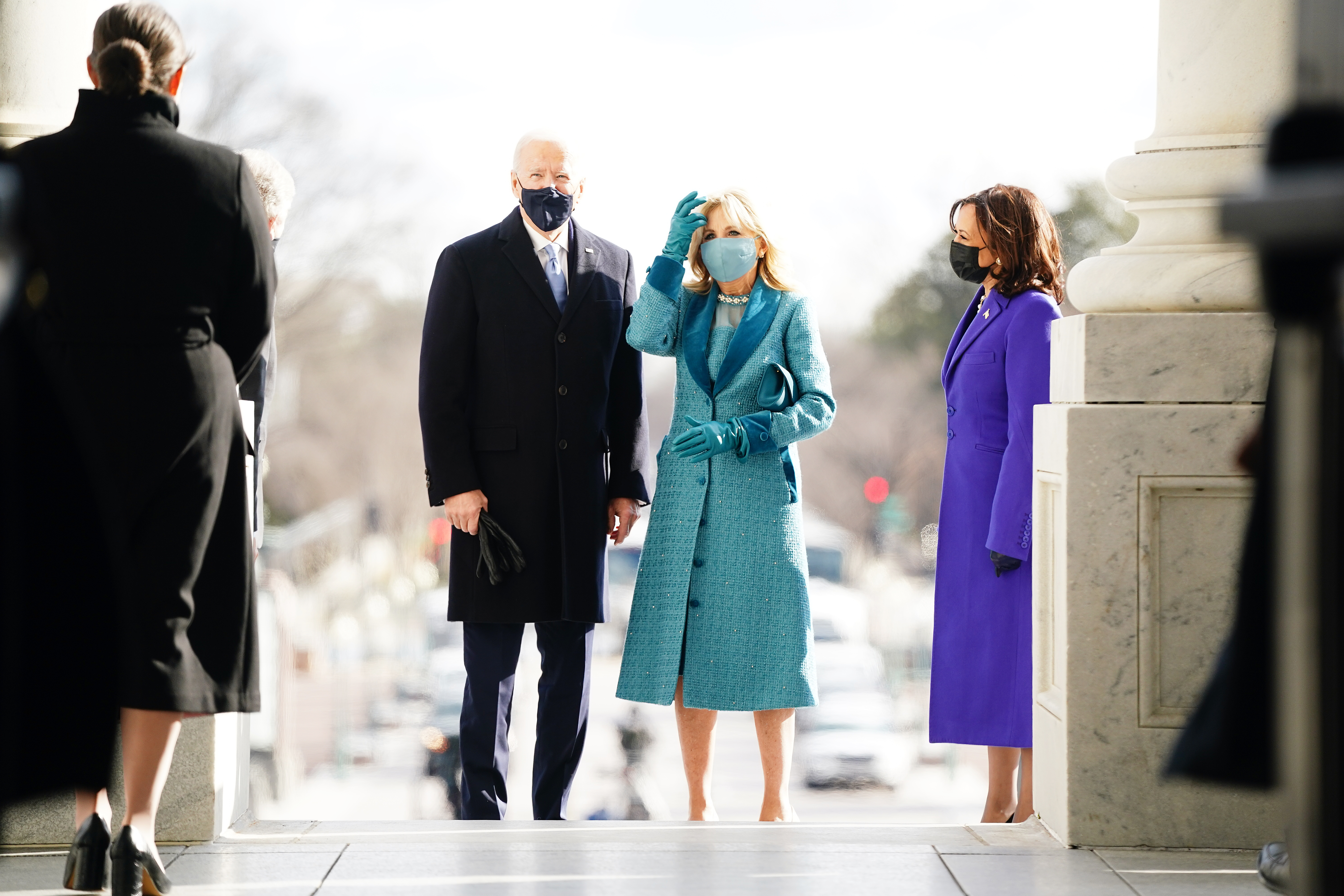 President-elect Joe Biden (L) and Jill Biden (C) with Vice President-elect Kamala Harris (R) arrive at the East Front of the US Capitol for his inauguration ceremony to be the 46th President of the United States in Washington, DC, on January 20, 2021.

Biden, 78, is to be sworn in at noon (1700 GMT) by Supreme Court Chief Justice John Roberts as the 46th president of the United States.

Harris, 56, will be the first woman to become vice president.

Donald Trump left Washington three hours before Biden's swearing-in, the first American president to skip the inauguration of his successor in more than 150 years.

The inauguration comes exactly two weeks after Trump supporters stormed the Capitol in a bid to disrupt the certification by Congress of Biden's November election victory.

Among those attending the ceremony are former presidents Barack Obama, George W. Bush and Bill Clinton.

Vice President Mike Pence will also be present after skipping a departure ceremony for Trump at nearby Joint Base Andrews earlier in the day.