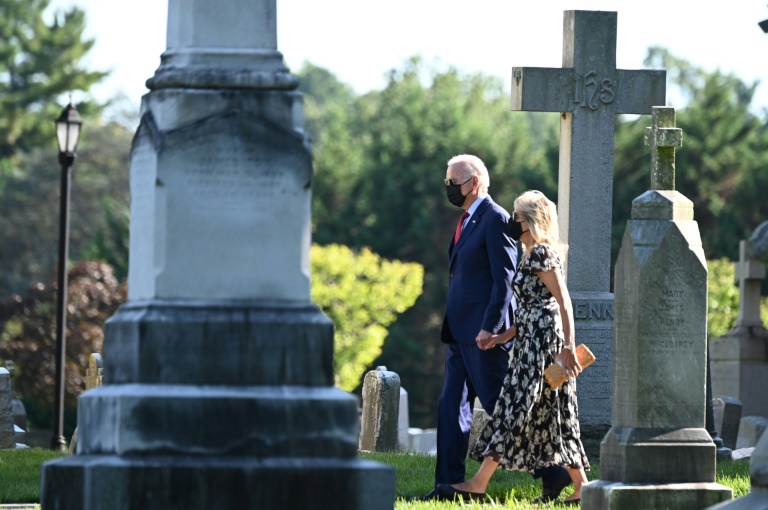 US President Joe Biden and First Lady Jill Biden often go to Mass at St. Joseph on the Brandywine church in Wilmington, Delaware when they are at their family home

WASHINGTON - US President Joe Biden, America's second Catholic president, and his wife Jill will have an audience with Pope Francis at the Vatican on October 29, the White House announced Thursday.

Biden's Vatican visit will come ahead of his participation in the G20 summit in Rome on October 30-31. From Italy, he is scheduled to travel to Glasgow for the COP26 climate change summit.

"They will discuss working together on efforts grounded in respect for fundamental human dignity, including ending the Covid-19 pandemic, tackling the climate crisis, and caring for the poor," the White House said in a statement.

The 78-year-old Biden is a practicing Catholic, who attends Mass at least once a week. John F. Kennedy was the country's first Catholic president.

Biden often quotes scripture, and sometimes wears a rosary around his left wrist from the Basilica of Our Lady of Guadalupe in Mexico that his son Beau was wearing the day he died of brain cancer in 2015.

When Biden took office, the pope warmly congratulated him and said he hoped the new president's decisions would be "guided by a concern for building a society marked by authentic justice and freedom."

Recognizing that Biden has his work cut out for him, the pontiff wished him success in fostering "understanding, reconciliation and peace within the United States."