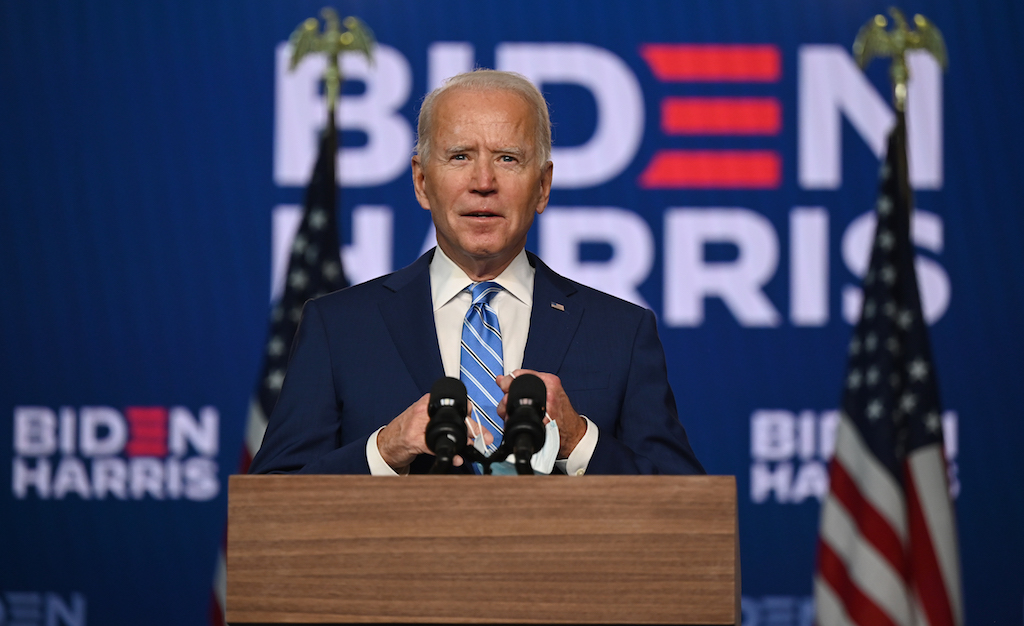 WASHINGTON - US President-elect Joe Biden plans to kick off his new administration Wednesday with orders to restore the United States to the Paris climate accord and the World Health Organization, aides said.

Biden will sign 17 orders and actions just hours after being sworn in as US leader to break from policies of departing President Donald Trump and set new paths on immigration, the environment, fighting COVID-19 and the economy, they said.

In first-day moves, he will end Trump's much-assailed ban on visitors from several majority-Muslim countries and halt construction of the wall that Trump ordered on the US-Mexico border to stem illegal immigration, the aides said.

He will also set a mask mandate on federal properties to stem the spread of COVID-19; restore protections of valuable nature reserves removed by Trump; and seek freezes on evictions and protection for millions behind on their mortgages due to the coronavirus pandemic.

He also plans to send a bill to Congress to revamp immigration policies and give millions of undocumented migrants living inside the country a path to citizenship that the Trump administration denied.

Biden's staff said he wanted to hit the ground running given the deep health and economic challenges facing the country.

Biden "will take action - not just to reverse the gravest damages of the Trump administration - but also to start moving our country forward," the aides said in a statement.

"These actions are bold, begin the work of following through on President-elect Biden's promises to the American people, and, importantly, fall within the constitutional role for the president."

Many of the actions will take government policies back to where they were on January 19, 2017 - the final day of the Barack Obama-Joe Biden administration, before Trump entered office and took a wrecking ball to many of their initiatives.

Jeff Zients, the new president's point-man for fighting the pandemic, said Biden would start by establishing an office of Covid-19 response inside the White House.

A 100-day "masking challenge" will be led with a presidential order for wearing masks in all federal properties and activities, setting the standard for private companies, individual states and communities to follow suit, Zients said.

Wednesday "starts a new day, a new, different approach to managing the country's response to COVID-19 crisis," he said.

To underscore Biden's decision, Zients said, leading US coronavirus expert Anthony Fauci will lead a delegation to take part in the WHO Executive Board meeting on Thursday.

"America's withdrawal from the international arena has impeded progress on the global response and left us more vulnerable to future pandemics," he said.

READ: Biden team says US will not lift travel bans, despite Trump statement

Biden will reverse Trump decisions to ease emissions and efficiency standards, and rescind the permit for the Keystone XL pipeline, a large project that would bring relatively high-polluting Canadian oil into the United States.

"The day-one climate executive orders will begin to put the US back on the right footing, a footing we need to restore American leadership, helping to position our nation to be the global leader in clean energy and jobs," said McCarthy.

Other actions by the new president will require a government-wide, proactive equality effort for minority groups, in hiring, contracting, and service.

"The President-elect has promised to root out systemic racism from our institutions," said Susan Rice, his Domestic Policy Council director.