Biden seeks to turbo-charge climate fight, but can US lead? 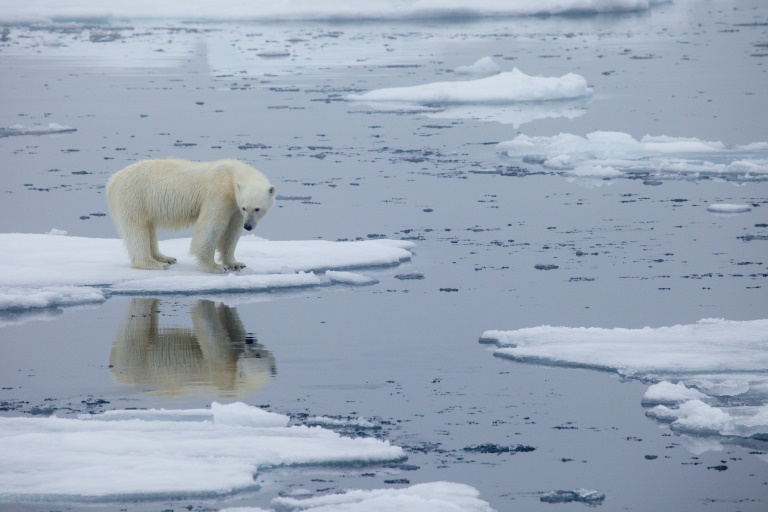 A polar bear stands on melting sea ice in Svalbard, Norway in 2013

WASHINGTON - President Joe Biden hopes to give a shot of adrenaline to the planet's sluggish fight against climate change with an Earth Day summit but a question lingers -- can the United States be trusted to lead?

The two major international accords achieved on climate, the Paris Agreement and the Kyoto Protocol, were both crafted through intense US diplomacy only to be shunned by Washington, with new administrations denouncing them as unfair.

This time around, the United States under Biden is aiming big and going fast.

Biden has invited 40 leaders to participate in the April 22-23 summit, an extraordinary undertaking for a president in place for just three months, even with the gathering taking place virtually.

The administration will set the stage for the summit by unveiling what it has teased will be ambitious new US targets for reducing emissions responsible for climate change, as Congress considers Biden's massive $2 trillion infrastructure package that heavily focuses on a green transition. 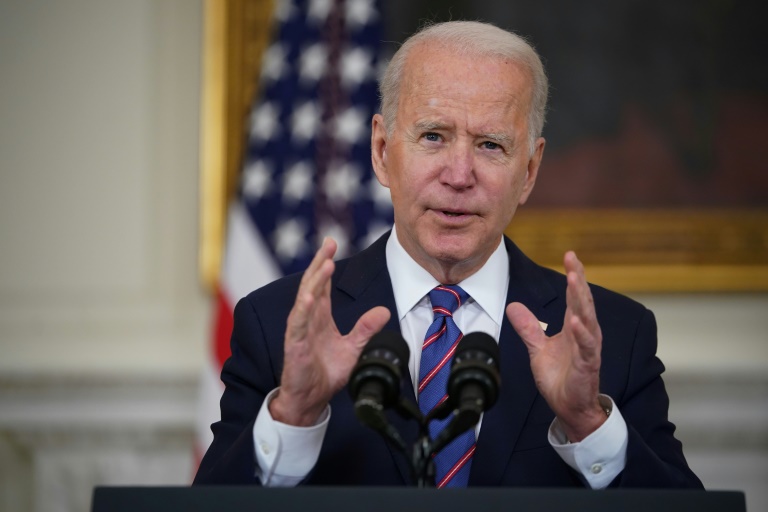 US President Joe Biden, speaking at the White House on April 2, 2021, is hoping to ramp up global action on climate through a virtual summit

"This is an event President Biden set for himself to do. It wasn't imposed externally. So you can expect that he wants to make it visual to the rest of the world that the United States can and will lead on climate," said Alice Hill, a senior fellow at the Council on Foreign Relations who advised former president Barack Obama on climate.

"Of course there's this cloud over the entire summit -- the question of whether the United States is really back for the long term," she said.

"That's probably the most frequently asked question I hear -- how can we trust the United States?"

Canadian Prime Minister Justin Trudeau, in an interview with AFP, put it this way: "The commitment that the US has shown after a few years away from the climate table is something that people will be looking to ensure that it is serious, that it is committed."

Political momentum has grown as evidence of climate change mounts, with the six years since 2015 all the hottest ever recorded, worst-case scenarios coming true on the melting of polar ice and a growing number of severe storms, droughts and other disasters.

Biden on his first day in office returned the United States to the 2015 Paris Agreement, reversing the decision of his predecessor Donald Trump, an ally of the fossil-fuel industry who mocked the science behind climate change.

"The world is confident that the US is back and is going all out to make up for lost time from the Trump years," said Alden Meyer, a senior associate at E3G think tank and veteran watcher of climate negotiations.

"Could Trump or someone like Trump come back in 2024? It's definitely a possibility and that's on everybody's mind," he said.

But he said the Biden administration appeared determined to "lock in" emission reductions -- and lead the rest of the world with it. 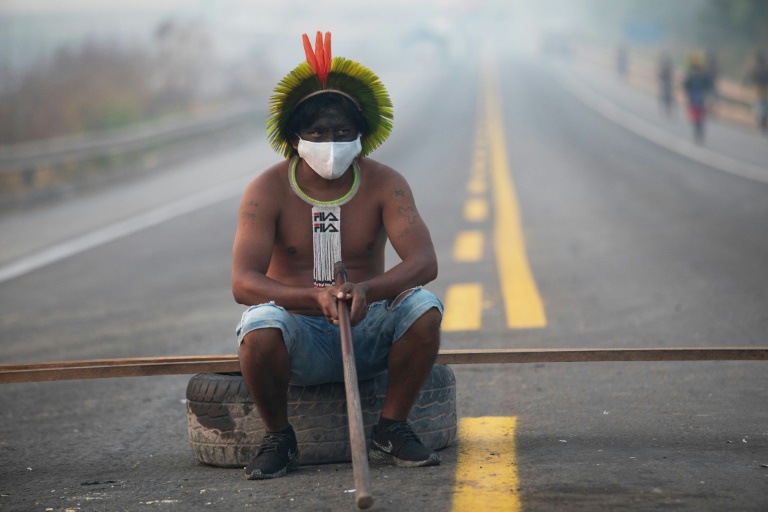 A member of the Kayapo tribe blocks a highway on the outskirts of Novo Progresso in Para State, Brazil, in August 2020 to protest illegal logging and mining in the rainforest and to seek action against Covid-19

Meyer said that major announcements were also possible from a number of other nations including Canada and South Korea.

Brazilian President Jair Bolsonaro, a Trump ally, ahead of the summit promised Biden he would honor his country's previous commitment to end illegal deforestation by 2030, although environmentalists are skeptical on his record on preserving the Amazon -- which serves a vital role sucking up carbon.

John Kerry, who negotiated the Paris Agreement as Obama's secretary of state and has joined Biden as US climate envoy, has also reached out to adversaries, arguing that not working with them would be "just killing yourself" on a planetary challenge.

The United States and China issued a joint statement Saturday emphasizing they are "committed to cooperating" on climate change, following Kerry's visit to the country -- by far the world's largest emitter -- in the run-up to the summit.

The statement came despite sky-high tensions between Washington and Beijing on a host of other issues.

Kerry also met briefly on climate with Russian Foreign Minister Sergei Lavrov when the two found themselves at the same hotel in New Delhi, a US official said.

In the absence of the United States under Trump, China took an increasingly prominent role alongside the European Union, the longstanding champion of climate agreements, with President Xi Jinping last year pledging to go carbon neutral by 2060.

Chinese foreign ministry spokeswoman Hua Chunying ridiculed the new US tone, tweeting: "Its return is by no means a glorious comeback but rather a truant getting back to class." 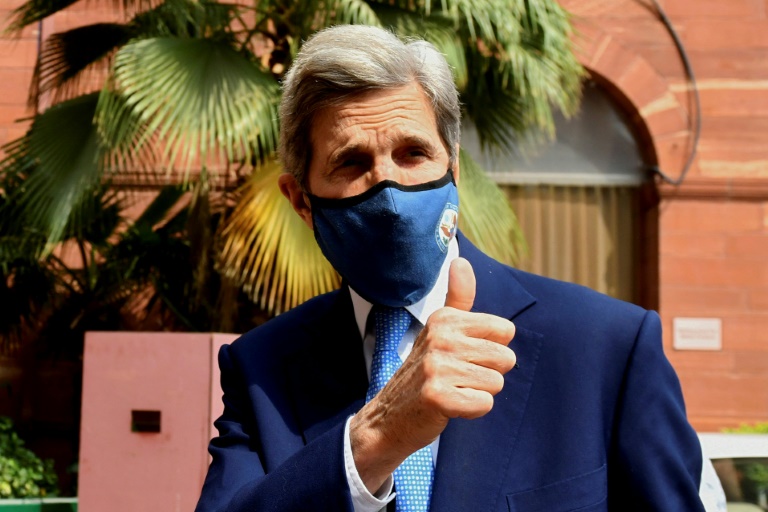 A UN report found in December that the world was heading to warming of three degrees Celsius (5.4 degrees Fahrenheit) above pre-industrial levels -- far higher than the Paris goal of checking the rise at two degrees Celsius and aiming for 1.5.

Biden and Kerry want the summit to provide an early push to secure a strong outcome in November at the UN-led climate conference in Glasgow -- setting vigorous action plans by 2030, not just aspirations for mid-century.

The Covid-19 pandemic brought a momentary dip in emissions -- and, some hope, may lead to a change in attitudes.

"After the crisis we have witnessed, we can't continue on a path of development that hurts the planet," he said.