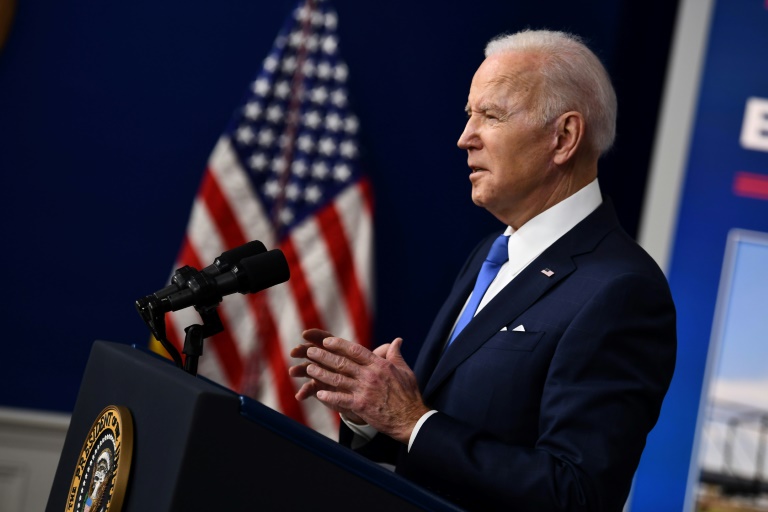 WASHINGTON - The White House has been taking on water this week with President Joe Biden facing challenges from North Korea and Russia, stubborn inflation and setbacks on voting rights and the fight against the Covid pandemic.

On Friday, in an attempt to right the ship, Biden held an event to tout his giant plan to rebuild the country's crumbling infrastructure.

"There is a lot of talk about disappointment in things we haven't gotten done," the president said. "We're going to get a lot of them done.

"But this is something we did get done," he said of the $1.2 trillion infrastructure bill that allocates funds to fix bridges and roads, scrap lead water pipes, build an electric vehicle charging network, and expand broadband internet.

Biden signed the bill at the White House on November 15 amid great fanfare.

At his side was a smiling Senator Kyrsten Sinema.

On Thursday, the Democratic senator from Arizona, in a speech on the Senate floor, torpedoed the 79-year-old president's efforts to enact voting rights bills designed to protect minority voters.

To pass the bills, Democrats need the support of Sinema to change the rules of the Senate requiring a supermajority of 60 votes to bring legislation to the floor.

Democrats have just 50 seats in the 100-member Senate and without Sinema signing on to do away with the rule known as the filibuster the bills are doomed.

Biden personally invested much of his political capital in trying to get the voting rights bills passed, warning in a pair of speeches that democracy was in danger and lashing out at his predecessor Donald Trump and Republicans in general.

Biden received another blow on Thursday when the conservative-dominated Supreme Court struck down his vaccination-and-testing mandate for large businesses.

That same day, his national security advisor acknowledged that despite America's diplomatic efforts, Russia continues to pose a threat to Ukraine.

And on Friday, North Korea carried out its third missile test of the year, thumbing its nose at the United States even as Washington imposes new sanctions. 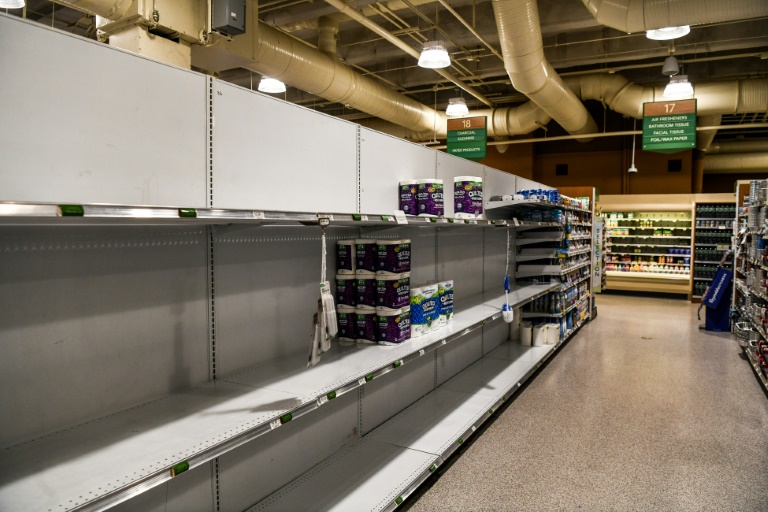 Empty shelves in a Florida supermarket

The dire week is a reminder that Biden, who took office a year ago with ambitious promises, has very little room for manoeuvre.

As shown by Sinema, his control of the Senate is tenuous, and the Supreme Court has taken a hard turn to the right.

On the economic front, inflation is at its highest since 1982 and shelves are distressingly empty in some supermarkets amid supply chain issues.

And then there's Covid.

There's a shortage of testing kits, hospitalizations are at a record high and the Omicron variant is rampant.

In the latest poll from Quinnipiac University, just 33 percent of those surveyed said they approved of the job Biden is doing. Other polls have his ratings slightly higher, around 42 percent.

"An agenda doesn't wrap up in one year," Psaki told reporters. "We're going to continue to fight for every component of his agenda."

Time could be running short, however, with the midterm elections just around the corner in November.

The party in power has traditionally done poorly in the midterms and Democrats risk losing control of both the House of Representatives and the Senate.