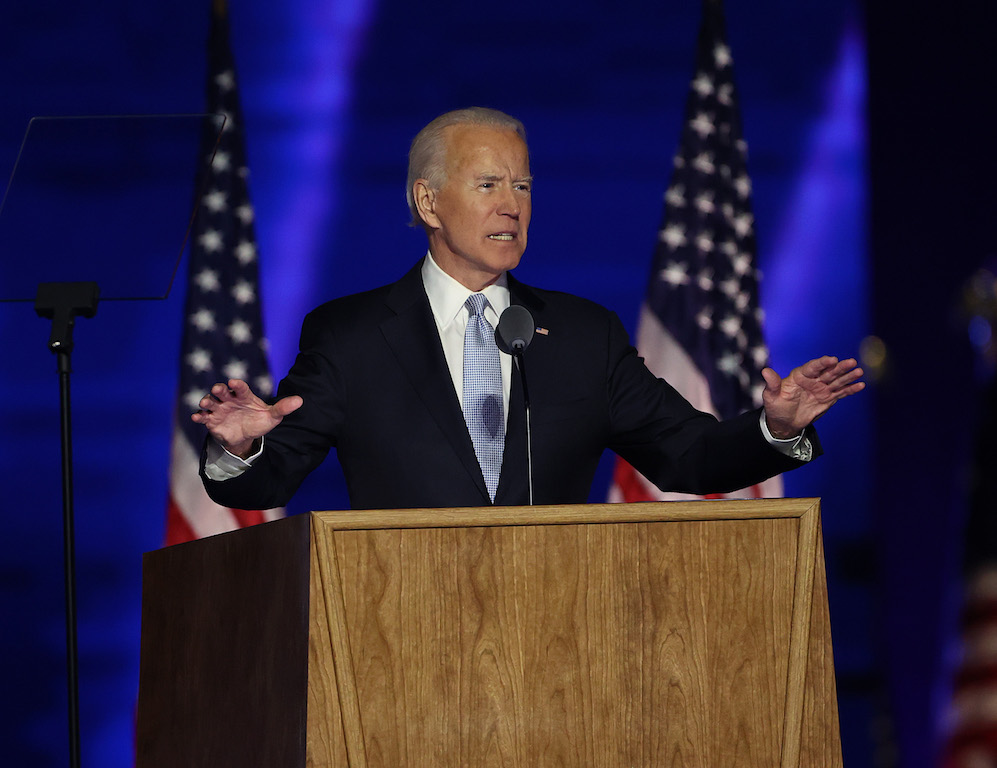 Biden's pledge, in his first national address since defeating Trump, followed three days of record infections in the United States and came as the nation's death toll surpassed 237,000.

READ: Biden pledges to be president 'for all Americans'

In France, where a dramatic increase in infections has heaped pressure on hospitals, 306 new confirmed fatalities took the national death toll above 40,000.

The United States has long been the worst-hit nation.

Critics of Trump have blamed this on his chaotic response, which has seen him discredit the top US infectious disease expert, discourage face masks and speak at crowded campaign rallies.

At Biden's victory event, which took into account social-distancing guidelines, the president-elect announced top scientists would be appointed to his coronavirus task force on Monday.

"On Monday I will name a group of leading scientists and experts as transition advisors to help take the Biden-Harris plan and convert it into an actual blueprint that will start on 20 January 2021," Biden told supporters.

Earlier in the day, he had emphasised the urgency he placed on beating the pandemic.

"I want everyone, everyone, to know on day one we're going to put our plan to control this virus into action," Biden said before he had been declared the winner.

Global infections have surged past 49 million, with Europe in recent weeks becoming the new pandemic epicentre.