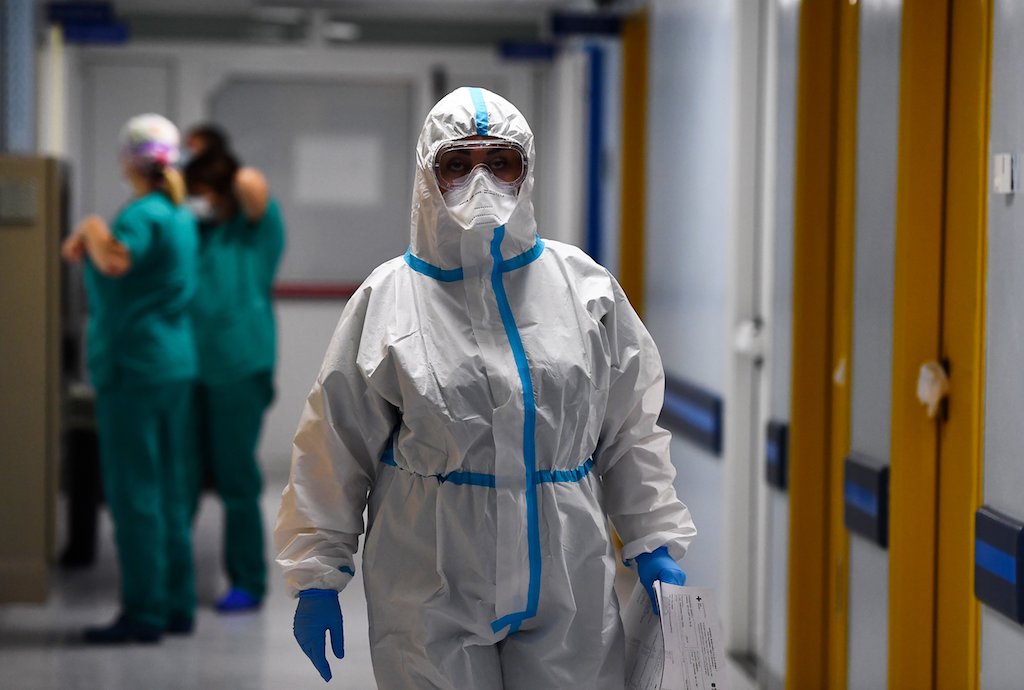 WASHINGTON - The United States reported record new coronavirus cases for the third day in a row, as Joe Biden vowed to act against the pandemic on "day one" if he wins the presidential election in the world's worst-hit nation.

Global infections have surged past 49 million and Europe has become the new pandemic epicentre in recent weeks with more than 300,000 deaths -- nearly a quarter of the global total.

More than 127,000 new infections were reported in the US on Friday, the third straight day of record cases, as votes from the bitterly fought election were still being counted.

No winner has been declared but Biden promised he would not waste time in addressing the pandemic if he is victorious.

"I want everyone, everyone to know on day one we're going to put our plan to control this virus into action," the Democrat said.

The infection figures came as President Donald Trump, who survived a bout of Covid-19 in October and has been widely criticized over his handling of the crisis, trailed his Democratic challenger in the vote count.

US cases are fast approaching 10 million, with more than 236,000 deaths, and the pandemic has hammered the world's biggest economy, leaving millions jobless.

Trump has been a vocal opponent of lockdown measures, citing their impact on the economy, and has repeatedly clashed with his own government's experts over coronavirus policy.

Unlike Biden, Trump held massive campaign rallies ahead of the November 3 vote, insisting the US was "rounding the turn" despite the virus surges.

Senior members of his administration have contracted the virus recently with Trump's chief of staff Mark Meadows the latest to test positive, media said late Friday.

The pandemic has been cited as one of the factors for the delay in US election results, with state authorities deluged with millions of ballots mailed by citizens not willing to risk infection by voting in person.

Across the Atlantic, Greece became the latest European nation to enter lockdown Saturday with the continent reeling from a second, relentless coronavirus wave.

Under the measures, which came into force before daybreak, Greeks can only leave home if they receive authorization to a mobile phone request. Essential shops can stay open, including supermarkets and pharmacies.

On the first day of the second lockdown, Athens woke to checks on vehicle movements and doubled fines for not wearing masks, up to 300 euros.

But hairdressers have been allowed to stay open for two more days and they were booked out.

"I want to have my hair done so that what I see in the mirror every morning during lockdown won't cause me sadness," said Petrina, ahead of her Sunday appointment.

The measures follow the imposition of restrictions in Italy, France, Ireland and Britain, while Switzerland is also being hit hard by the virus.

Thousands of demonstrators were expected to gather in Leipzig on Saturday to protest against mask-wearing and new curbs to halt the virus spreading across Germany.

Poland was imposing fresh measures Saturday too, closing most shopping centres. The government is also shutting cinemas, theatres, galleries and other cultural institutions and making hotels available for business travellers only.

Governments are also exploring mass testing as a way to curb the pandemic.

In England, Liverpool on Friday began the country's first city-wide coronavirus testing program. All 500,000 residents will be offered repeat tests, even if asymptomatic, under a pilot scheme that could be rolled out nationwide if successful.

Britain on Saturday banned entry to all non-resident foreigners coming from Denmark after a mutated version of the coronavirus linked to mink farms was found in humans.

With populations growing increasingly weary of lockdowns, protests have broken out in some countries. Demonstrators and the police have clashed in parts of Italy and the Czech Republic in recent weeks.

Giorgio Gori, the mayor of Bergamo -- the epicentre of Italy's coronavirus crisis earlier this year -- said "there is more tiredness and more distrust around" than during the first lockdown after people protested outside his home.

The Italian government announced new measures early Saturday to help businesses and families cope with the latest restrictions, including a national night curfew and lockdown in four regions.