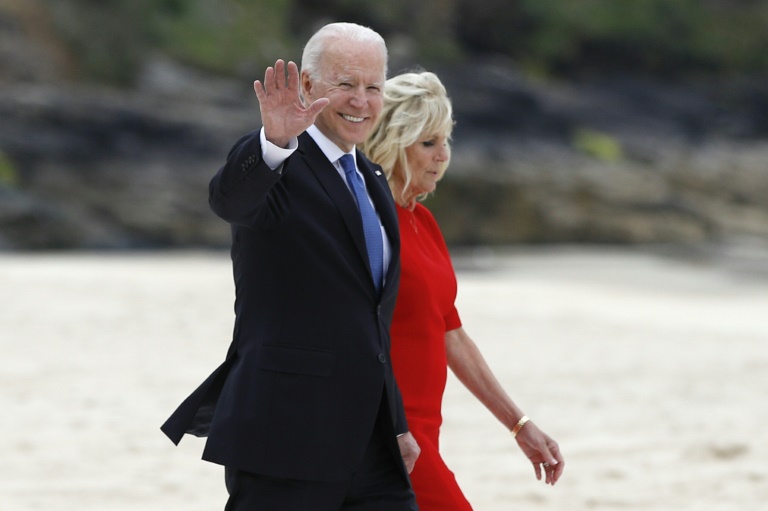 Mocked by Trump as 'Sleepy Joe', Biden has shown no lack of vim in his public appearances at the G7

US - "Everybody in the water!" President Joe Biden joked to his fellow G7 leaders at a family photo on the beach, underlining an assured transformation in tone from the antagonistic Donald Trump.

Where Trump alienated and exasperated, undermining the Western alliance at every turn, Biden declared that "America is back!" after starting his first foreign tour as president in Britain.

US service personnel were standing stiffly to attention in respect for their commander-in-chief as Biden addressed them on Wednesday at an air force base in eastern England.

"Please, at ease," he said, urging them to relax. "I keep forgetting I'm president."

It was hard to imagine such an avuncular line ever coming from Trump, and G7 leaders have been equally at ease in the company of the 78-year-old former senator and vice president.

French President Emmanuel Macron, after contesting a years-long battle of wills with Trump, eagerly grabbed Biden by the arm for a good-natured chat after Friday's G7 photo at Carbis Bay in southwest England.

With Britain going ahead with the elite club's first in-person summit in nearly two years, Biden is back in his element having amassed decades of foreign policy experience: glad-handing on the world stage. 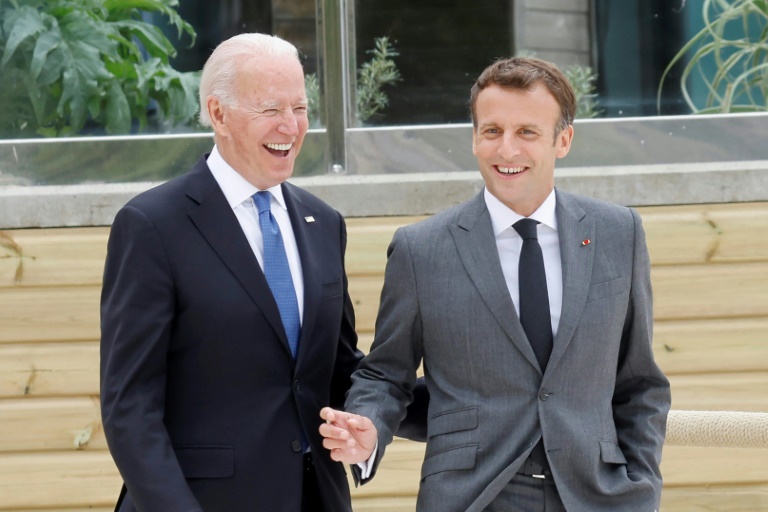 France's President Emmanuel Macron, who endured a years-long battle of wills with Trump, enjoyed a good-natured chat with Biden at the G7

The oldest president yet, he has sometimes stumbled over his words in the initial stages of a gruelling eight-day tour that will climax in showdown talks with Russian President Vladimir Putin in Switzerland.

But while mocked by Trump as "Sleepy Joe", Biden has shown no lack of vim in his public appearances at the G7.

"He has been getting ready for 50 years," White House press secretary Jen Psaki said.

"He's known a number of these leaders for decades... and there's nothing like face-to-face engagement in diplomacy," she said, as Biden corrals Western leaders into a tougher line on China and Russia.

He is on solid ground at the G7. The leaders of Canada, France and Germany all endured tongue-lashings from Trump, and there is palpable relief at the reversion to traditional diplomatic modes.

It is a stark contrast to Trump's first presidential trip to Europe, in May 2017, for a NATO summit in Brussels and a G7 in Sicily. At one point he unceremoniously shoved aside Montenegro's leader at a family photo. 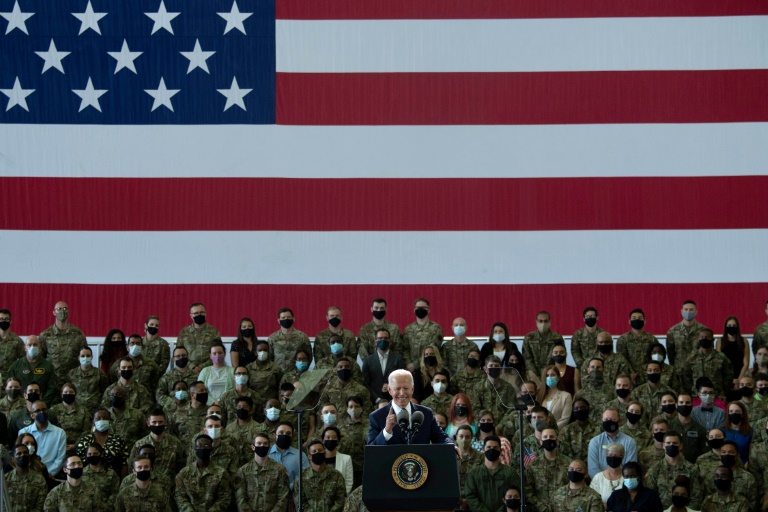 'Please, at ease,' Biden told US service personnel upon his arrival in England. 'I keep forgetting I'm president.'

But while the mood music has turned more harmonious, Biden's tour will be judged on results, according to Stephen Pomper, interim chief of policy at the International Crisis Group.

"Of course the G7 crowd will prefer 'America is back' and 'democracy delivers' to Trump's tirades and shakedowns," he said.

"The big question is whether this meeting can help generate the kind of energy, vision and unity that Washington wants to project given the competitive challenges it now faces."

Looming large among those challenges is confronting Putin at next Wednesday's lakeside summit in Geneva, and the G7's European members are not quite as gung-ho in taking on either Russia or China.

But for the time being, Biden can boast of having restored some of America's popularity abroad after it plunged to historic lows during the Trump years.

According to a survey carried out in 16 countries by the Pew Research Center, 62 percent of people now have a "favourable image" of the world's leading power, compared with only 34 percent in 2020.

Biden's rapid moves to take the United States back in to the World Health Organization and the Paris climate accord met with strong approval among those surveyed in Canada, Europe and the Asia-Pacific. 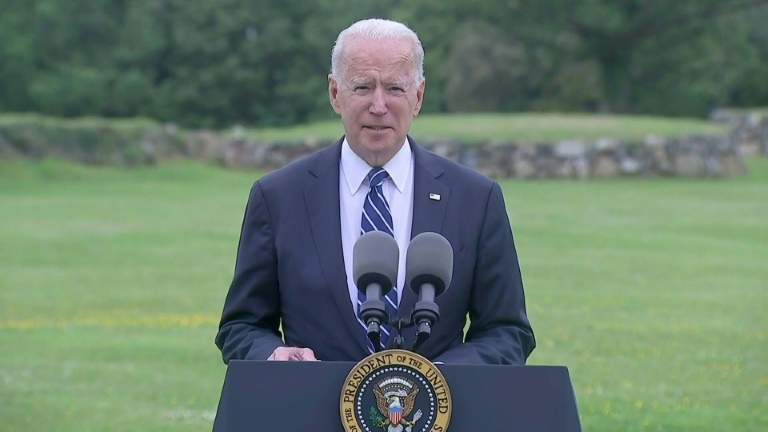