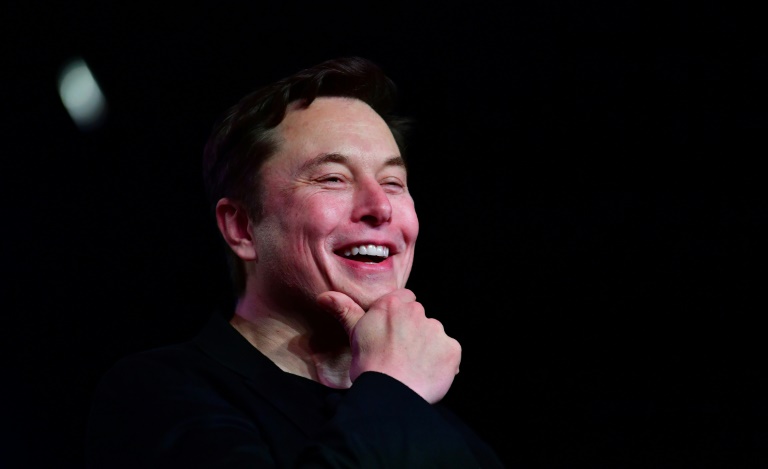 NEW YORK - The share of global wealth of the world's richest people soared at a record pace during the Covid pandemic, a report on inequality showed.

Since 1995, the slice held by billionaires has risen from one percent to three percent, according to the World Inequality Report.

"This increase was exacerbated during the Covid pandemic. In fact, 2020 marked the steepest increase in global billionaires' share of wealth on record," the document said.

The club of the richest one percent has taken more than a third of all additional wealth accumulated since 1995, while the bottom 50 percent captured just two percent.

"After more than 18 months of Covid-19, the world is even more polarised," Lucas Chancel, co-director of the World Inequality Lab at the Paris School of Economics, told AFP.

"While the wealth of billionaires rose by more than 3.6 trillion euros ($4-trillion), 100 million more people joined the ranks of extreme poverty," said Chancel, noting that extreme poverty had been previously falling for 25 years. 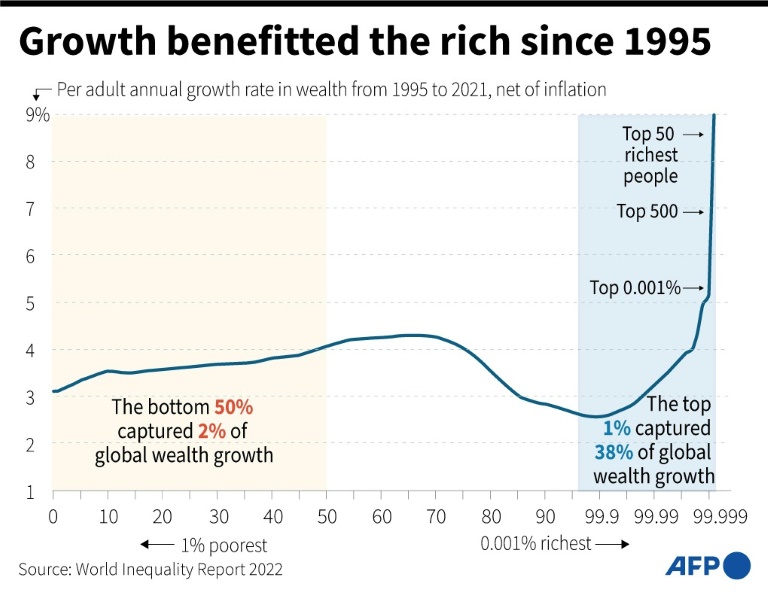 Growth benefitted the rich since 1995

A real-time ranking by Forbes magazine shows that the top 10 richest people each have a net worth exceeding $100-billion, with Tesla boss Elon Musk on top with around $265-billion.

According to the report, the world's 52 richest individuals have seen the value of their wealth grow by 9.2 percent per year for the past 25 years, well above less wealthy social groups.

Women's share of total global income from work was less than 35 percent, up from near 30 percent in 1990 but short of parity with men.

Europe was the world's most equal region, with the richest 10 percent taking 36 percent of the income share, whereas the Middle East and North Africa was the most unequal as the wealthiest 10 percent of society took 58 percent of income.

Chancel, the study's lead author, said state intervention was crucial in the fight against poverty but that wealthier nations were able to act more during the coronavirus pandemic. 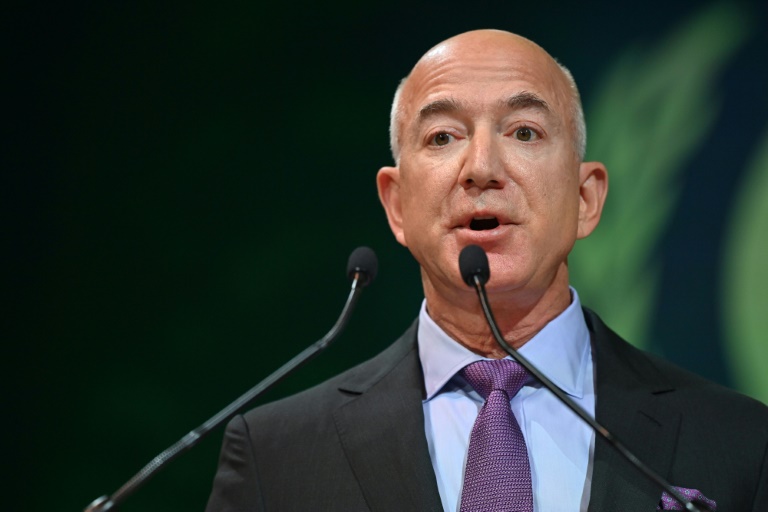 All but two of Forbes' top 10 richest people are tech industry leaders, including Amazon's Jeff Bezos, whose fortunes have been turbocharged by soaring company share prices

Rich countries introduced measures such as furlough and increased social security payments during the crisis to prop up income levels and save jobs, which states with fewer resources did not replicate.

The 228-page report, whose contributors include French economist Thomas Piketty, calls for a "modest progressive wealth tax on global multimillionaires" in order to redistribute wealth, along with measures to prevent tax evasion.

"Given the large volume of wealth concentration, modest progressive taxes can generate significant revenues for governments," the report said.

It added that today's taxes excessively target property and should instead include all forms of wealth, particularly financial assets, which make up the core of modern fortunes.

The authors also recommended the creation of an international financial register to allow authorities to monitor taxpayers' assets and capital income and reduce tax evasion.