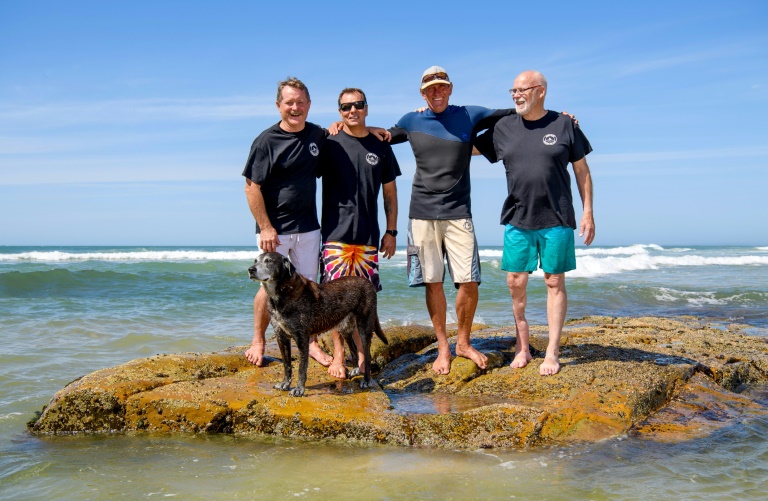 Bite Club started as a small group for survivors of shark encounters, but now includes victims of dog maulings, alligator bites and even a hippo attack. AFP/Wendell Teodoro

SYDNEY - The first rule of Bite Club is you talk to Dave Pearson, a shark attack survivor who connects hundreds of people from around the world to support each other "beyond the bite".

The 58-year-old almost died a decade ago when a bull shark tore into his arm while he was surfing off Australia's east coast.

Since the day when friends hauled him to shore -- away from the three-metre predator that dragged him around the bottom of the ocean before losing interest -- he has been helping others escape the psychological grip of nightmare attacks.

"My life is shark attacks," the wind, sun and surf-weathered Aussie told AFP, still dripping wet after another day on the waves at the beach where he was bitten.

"You know if there's a shark attack somewhere in the world, I'll hear about it." 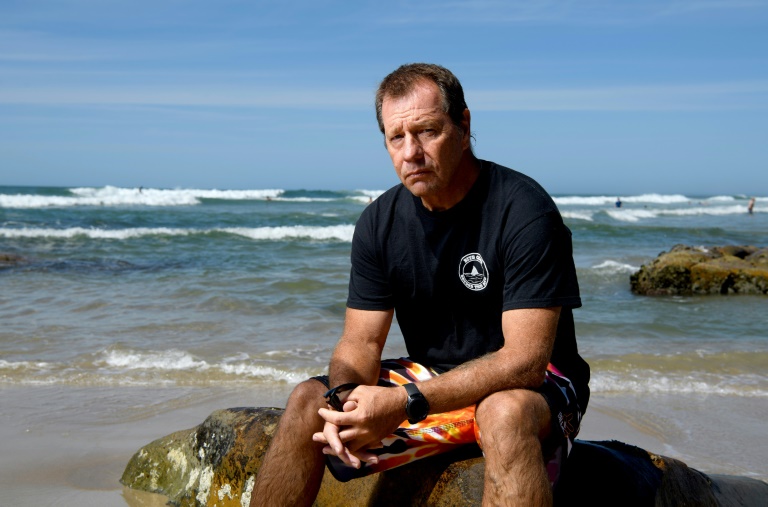 Dave Pearson realised the power of talking to others who shared his ordeal after he almost died when a bull shark tore into his arm. AFP/Wendell Teodoro

Pearson is the founder of Bite Club, initially a small group for survivors of shark encounters that now includes victims of dog maulings, alligator bites and even a hippo attack.

Its members -- nearly 400 people in all -- usually meet in person at least once a year, but some meet more often for a casual surf while the rest keep in contact on social media.

The club acts as a network for survivors to seek out support from the group when they need it most, and Pearson says he spends most nights speaking with at least one member over the phone.

He realised the power of talking to others who shared his ordeal even before he had left the hospital. By chance, Lisa Mondy -- bitten a few days before him -- was recovering in the same facility.

"Everybody was there to wish me the best, but until I spoke with Lisa it was like, they didn't really understand what my head was going through," said Pearson.

The brutality of maulings -- combined with the media attention they receive -- can shake survivors, victims, their relatives and rescuers for years and in some cases cause post-traumatic stress disorder.

When Kevin Young's 19-year-old son Zac was killed by a tiger shark while surfing on a reef near Coffs Harbour in 2013, he felt like a hurricane had swallowed him.

"I was inside the eye of that storm, and I feel like I've been here ever since," Young said.

His son's legs were almost completely severed in the attack but, clinging to life, he paddled across to his three friends to tell them he loved them and prayed for their protection from the killer shark lurking below.

Surrounded by water thick with their friend's blood, the trio -- at the time aged 14, 15 and 19 -- paddled Zac back to shore on their shoulders, in a journey that took nearly half an hour.

By the time they reached the beach, nothing could be done to revive Young's son, despite their efforts.

"Those three boys, in my mind, became men that day," said Young. "I'm indebted to them for life in what they tried to do for my son."

Like Pearson, Young speaks of others' pain before his own. Each of his son's rescuers has paid a psychological price, he said. 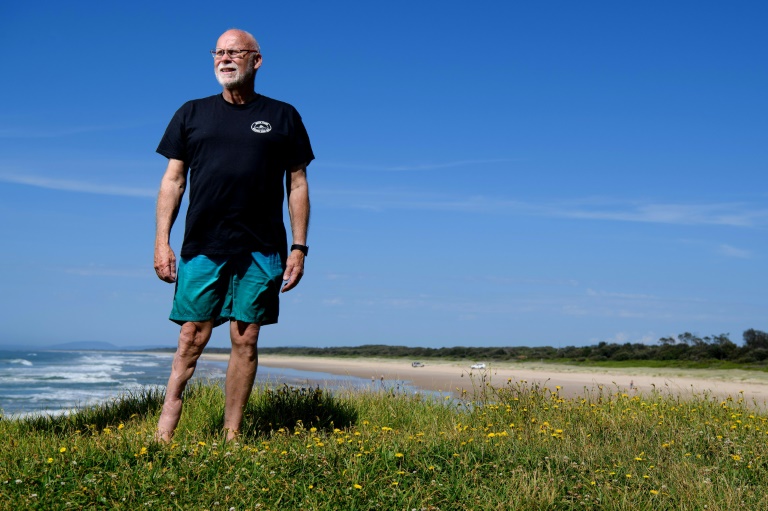 Ray Short was 13 years old in 1966 when a shark clamped down on his leg while swimming near Wollongong. AFP/Wendell Teodoro

"Whether it's a partner, the wife, the son, the daughter, a friend, or just a community member -- there's so many people affected."

Young says it is a privilege to serve in a club that helps support people who would otherwise be left to struggle alone.

That includes people like Ray Short, who was 13 years old in 1966 when a shark clamped down on his leg while swimming near Wollongong.

"It's just something that was never there when I was young. If you got to meet or hear from one or two other shark bite victims, it was amazing," Short says.

"Now there's a group there that can all sit and relate to each other."

Pearson says that while the group is closely connected, the perspective of members is varied: some become anti-shark, pushing for culls, while others become conservationists. 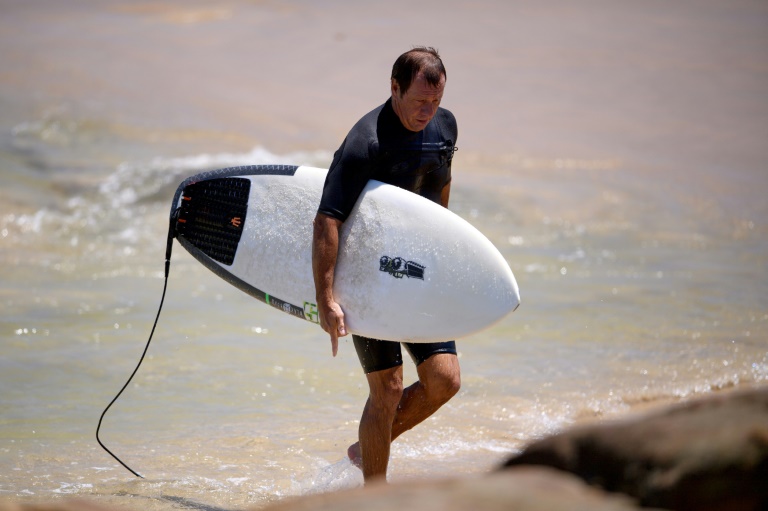 Leaving the ocean behind was never an option for Pearson -- or for many in the group. AFP/Wendell Teodoro

Similarly, paths to recovery differ. But leaving the ocean behind was never an option for Pearson -- or for many in the group.

"Surfing has changed for me, and in fact, it's probably more special now than it used to be because I know the consequences," he said.

Young knows at least one of his son's friends struggled to return to the waves. But "all of us are surfers -- that's our place, that's our zen place," he added.

Shark attacks are still incredibly rare, but last year was especially tough for the group, with seven people killed in 22 unprovoked incidents around Australia, according to the Taronga Conservation Society. 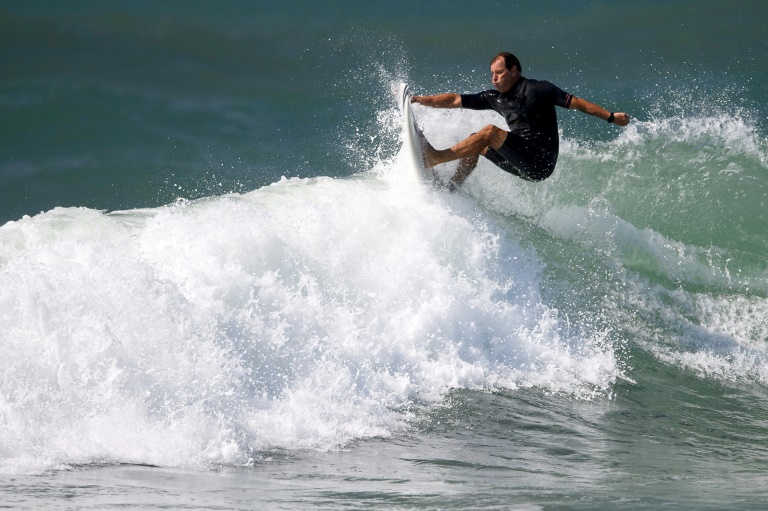 This makes it the deadliest country in the world for shark bites in 2020, according to global data compiled by the Florida Museum of Natural History's shark research program.

"I met with probably four families last year who lost someone, and it is tough," Pearson said. "It's hard, every attack brings your attack back."

Pearson still works hard for his members, but says that more than anything, he wants to prevent more people joining the Bite Club.