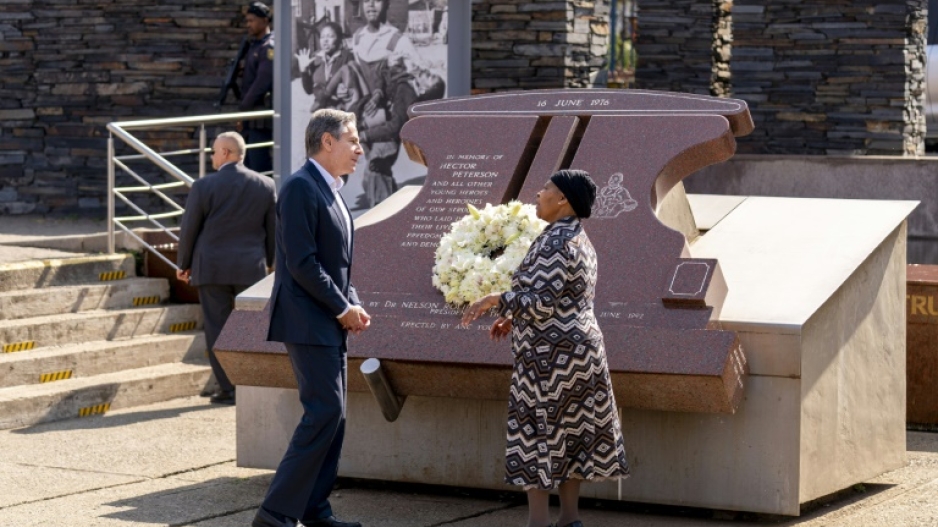 US Secretary of State Antony Blinken was shown around South Africa's Hector Pieterson Museum, built in memory of students killed in a 1976 protest, by Pieterson's sister Antoinette Sithole

JOHANNESBURG - US Secretary of State Antony Blinken kicked off a three-nation African trip Sunday paying tribute to the Soweto Uprising, a student protest whose tragic ending galvanised the world against the apartheid regime.

His visit comes as Washington scales up diplomacy to counter Russian influence on the continent and follows hot on the heels of an extensive tour of Africa by Russian Foreign Minister Sergei Lavrov.

For his first stop, the US top diplomat chose South Africa, a leader in the developing world, which has remained neutral in the Ukraine war, refusing to join Western calls to condemn Moscow, which had opposed apartheid before the end of white minority rule in 1994.

Blinken laid a wreath and toured the Hector Pieterson Museum, built in memory of students killed in a 1976 protest which became one of the watersheds in the anti-apartheid movement.

During the afternoon visit to Soweto township, the heartland of South Africa's anti-apartheid struggle, Blinken was shown around the museum by Pieterson's sister Antoinette Sithole.

"What's so extraordinary about this museum is that it's living history because it's inspiring people to see the power that young people can have to make change," Blinken said after the tour.

He made reference to the iconic black-and-white picture of a dying Hector Pieterson being carried away by a teary fellow student after security forces opened fire on the young protesters.

The photograph "probably did as much to open hearts and open minds and raise consciousness about apartheid and about the struggle for equality and freedom as anything".

Pieterson's story "really resonates because we have our own struggle for freedom and equality in the United States", Blinken said.

Over 170 were gunned down when thousands of black students protested at being forced to study in Afrikaans, the language of the white-minority regime.

Blinken will Monday hold talks with South African counterpart Naledi Pandor and also make a policy announcement on the US government's new Africa strategy, Pretoria said in a statement.

The two will "discuss ongoing and recent developments relating to the global geopolitical situation," it said. 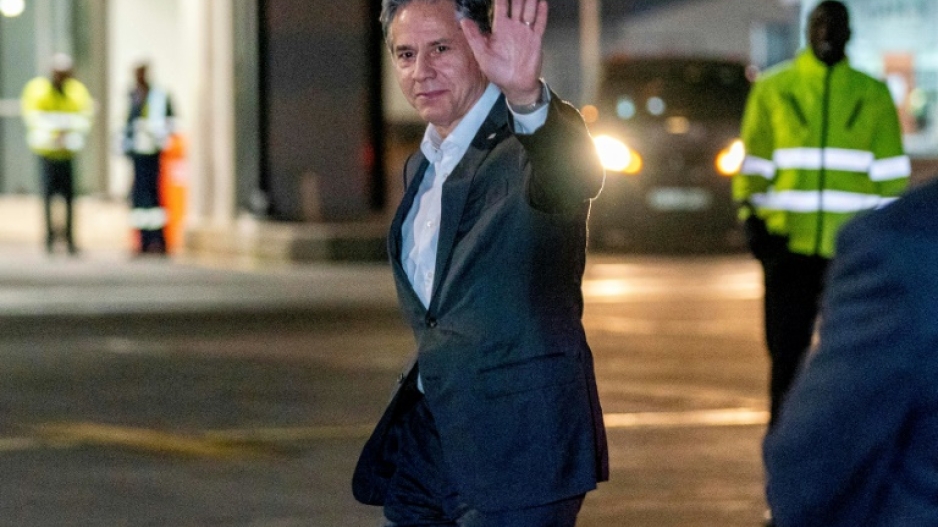 The US State Department last month said African countries were "geostrategic players and critical partners on the most pressing issues of our day".

Vulnerable countries in Africa and elsewhere in the world have been hard hit by the fallout from the Ukraine war that has sent prices of fuel and food soaring.

For Fonteh Akum, head of the Pretoria-based think tank Institute for Security Studies, Blinken's visit will help the US understand the southern African country's position.

It will also aim "to bring South Africa further into the Western fold", Akum told AFP.

The US wants to "engage differently and... move towards understanding Africa's agency in international relations and therefore the growth in diplomatic engagements," the expert said.

That Blinken is coming after Lavrov and Macron, "basically shows that Africa is entering a phase within which there is another bout of great power competition over the continent," said Akum.

It is Blinken's second trip to Africa since his appointment early last year.

He will visit the Democratic Republic of Congo later this week, with the aim of boosting support for sub-Saharan Africa's biggest country as it battles to turn the page on decades of conflict.

Blinken's tour will then wind up in Rwanda, which has seen a flare-up in tensions with DR Congo after it accused Rwanda of backing M23 rebels, a charge Kigali denies.