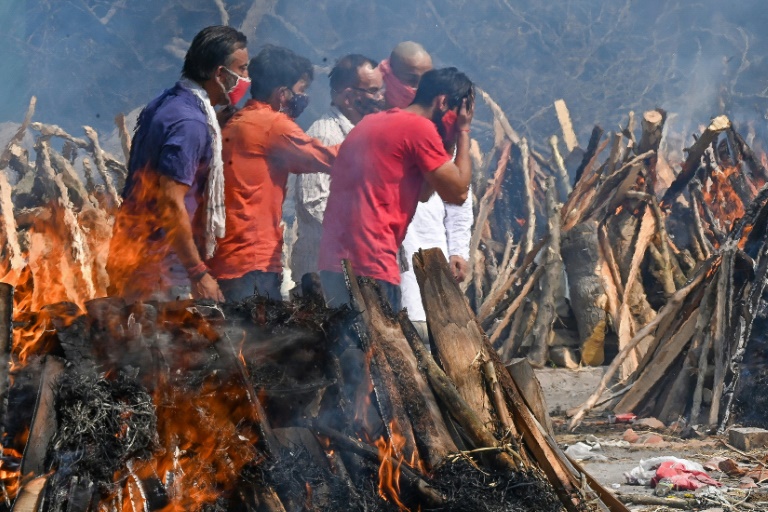 The explosion in infections in India -- 350,000 new cases were recorded there on Tuesday alone -- has driven a surge in global cases

NEW DELHI - Bodies of COVID-19 victims lay burning on Tuesday in funeral pyres cramming New Delhi's sidewalks and car parks amid an explosion of new cases, as foreign aid began arriving to surging hotspot India in efforts to keep the pandemic at bay.

While rising vaccinations in the United States have allowed the country that was once the worst hit by coronavirus to relax its mask-wearing in some locations, India is suddenly in the overwhelming grip of the crisis.

Crates of ventilators and other oxygen devices from Britain were unloaded at a Delhi airport on Tuesday, the first emergency medical supplies to arrive in the country where infection and death rates are growing exponentially.

The United States has also pledged to export millions of AstraZeneca vaccine doses, while President Joe Biden hailed the "stunning" progress his nation by contrast has made to get the pandemic under control.

The explosion in infections in India - 350,000 new cases were recorded there on Tuesday alone - has driven a surge in global cases to 147.7-million and the virus has now killed more than 3.1 million people worldwide.

In New Delhi, AFP images showed smoke billowing from dozens of pyres lit in a car park that had been turned into a makeshift crematorium.

"People are just dying, dying and dying," said Jitender Singh Shanty, who is coordinating more than 100 cremations per a day at the site in the east of the city.

"If we get more bodies then we will cremate on the road. There is no more space here," he said, adding: "We had never thought that we would see such horrible scenes."

Despite India's status as the "pharmacy of the world", the biggest producer of generic drugs has been unable to meet the demand for antiviral medication such as remdesivir. 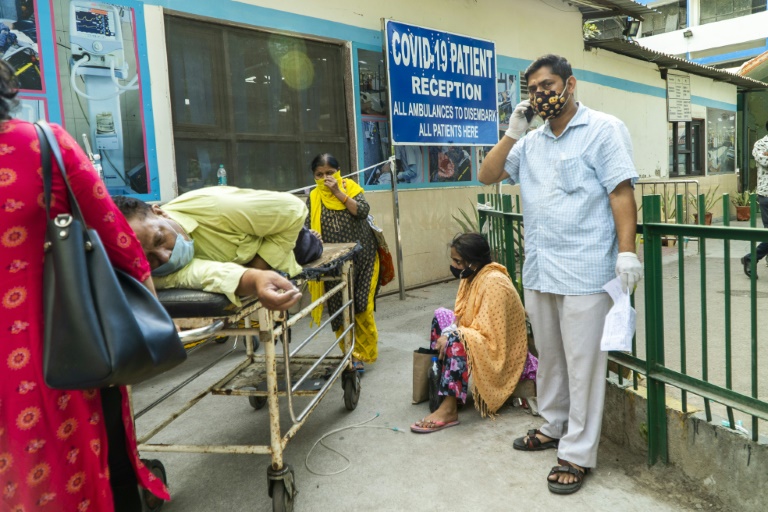 Despite India's status as the "pharmacy of the world", the biggest producer of generic drugs has been unable to meet the demand for antiviral medication such as remdesivir

Many doctors say the drug is not essential for the treatment of COVID-19, but hospitals have been prescribing it anyway.

"This government has failed us so much that those who can normally survive also die," said one exhausted man, Vinod Kumar, as he waited in line for medication.

'We'll be there for them'

The US, France, Germany, Canada, the EU and the World Health Organization have all promised to rush supplies to India. 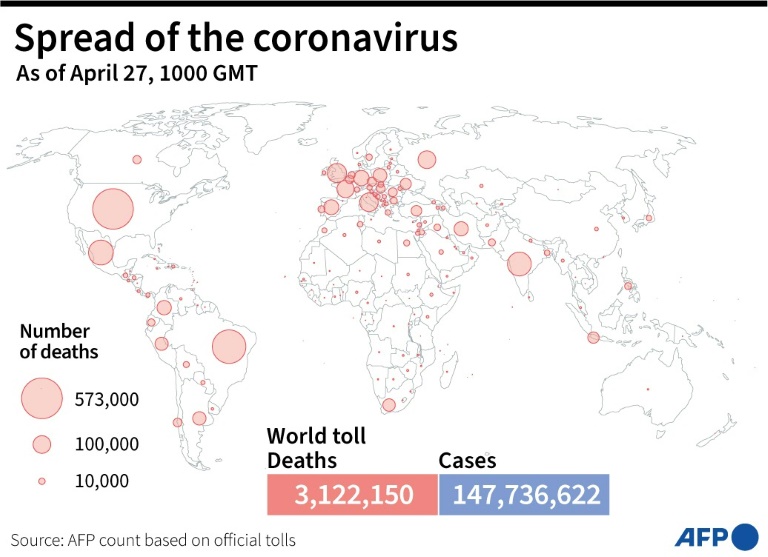 On Monday Biden announced the United States would send up to 60 million doses of the AstraZeneca Covid-19 vaccine abroad.

While Washington has not decided yet which countries will be the recipients, India appears to be a leading contender after Biden spoke with Prime Minister Narendra Modi.

"India was there for us, and we will be there for them," Biden tweeted, referencing India's support for the United States when it was enduring the worst of its COVID-19 crisis.

And the EU said the first shipment of aid from the bloc's member states to India would be delivered "over the coming days."

At the same time, many countries are shutting their borders to travellers from India.

Spain said it will impose a 10-day quarantine on all travellers arriving from India beginning Wednesday.

Australia has also cut all passenger air travel with India, suspending flights until at least May 15, leaving a host of high-profile cricketers stuck there after playing in the lucrative Indian Premier League.

In Fiji, an outbreak of the Indian variant has forced the capital into lockdown after the island nation had avoided infections for a year, with health officials saying they fear a "tsunami" of cases. 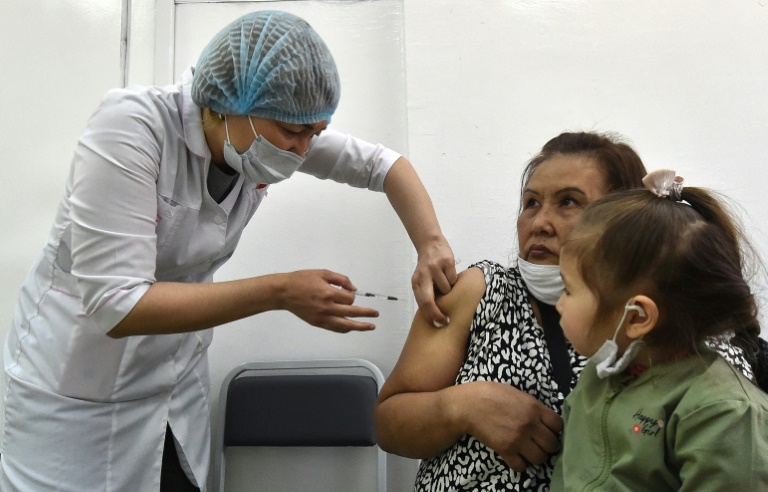 While there are still no signs of the pandemic abating globally, some western countries are tentatively starting to ease lockdowns that have strangled their economies for more than a year as their inoculation campaigns gather momentum.

"While we still have a long way to go in this fight... we've made stunning progress because of all of you, the American people," Biden said Tuesday.

"Cases and deaths are down - down dramatically from where they were when I took office."

Italy - the first European country to be hit by the pandemic in early 2020 and still one of the worst affected - reopened its bars, restaurants, cinemas and concert halls Monday. 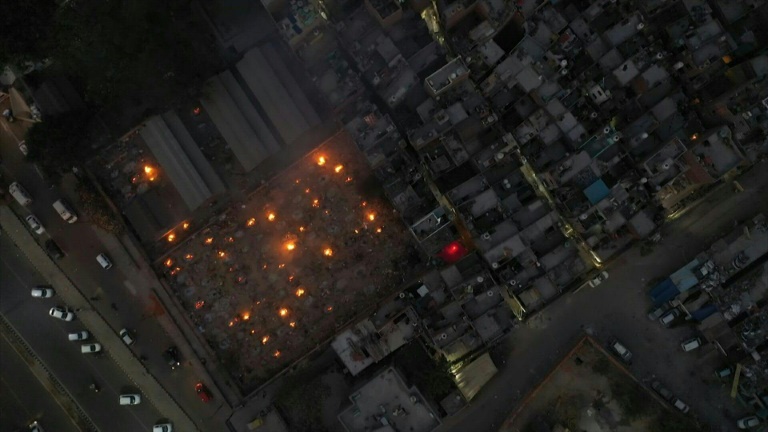 But in the sports and entertainment sectors, the pandemic continues to take its toll.

In Japan, officials and organisers insist the Olympic Games will go ahead in three months' time, despite a new virus state of emergency in Tokyo and several other regions.