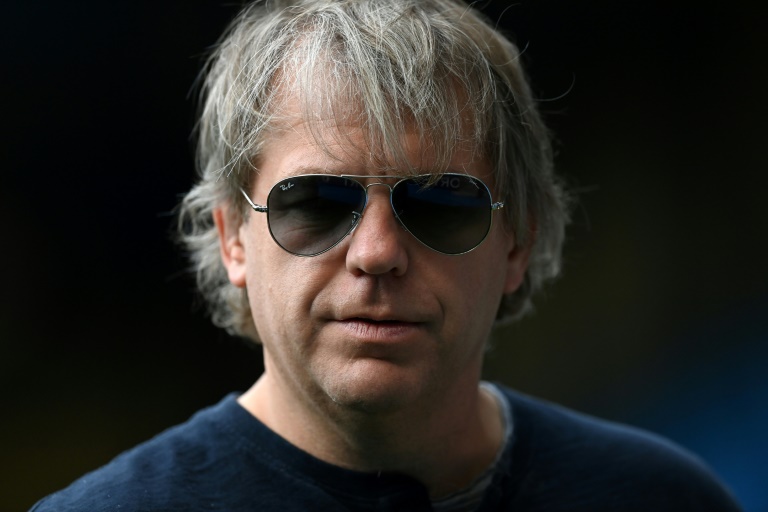 LONDON - Todd Boehly's consortium has secured Chelsea's future but the hard work is just beginning for the latest American billionaire to be lured by the promise of Premier League riches.

Boehly's group has received approval from the British government and Premier League is required to seal the £4.25 billion ($5.3 billion) deal.

Having masterminded the purchase from Roman Abramovich in less than three months despite numerous complications due to government sanctions targeting the Russian, Los Angeles Dodgers co-owner Boehly will now focus on reaping the rewards of his labours.

The American has grand ambitions for the west London club as he targets sustained success on the pitch and financial growth off it.

Discussing a previous attempt to purchase Chelsea that was rebuffed, Boehly told Bloomberg in 2019: "What you are trying to build with these teams, you are really trying to A, win and B, be part of the community."

The Premier League's global brand is a key driver of Boehly's interest as it provides the opportunity to benefit from significant broadcast revenues and merchandising.

"It's the highest-quality play, it's the best players," Boehly said. "You also have a media market that's just developing."

Some football financial analysts believe leading Premier League clubs could be worth more than £10 billion within a decade.

California investment group Clearlake will be Chelsea's majority shareholder as part of the consortium, with Boehly becoming controlling owner.

While the consortium is clearly motivated by guaranteeing a return on their investment, Boehly would be wise to learn from the experiences of his fellow American owners at Liverpool, Manchester United and Arsenal.

John Henry's Fenway Sports Group has steered Liverpool back to the top of the game with a series of smart moves, crucially landing boss Jurgen Klopp, surrounding him with innovative lieutenants and providing the backing required to land his transfer targets.

In contrast, Manchester United owners the Glazer family and Arsenal's Stan Kroenke have endured furious fan protests after presiding over precipitous declines in their clubs' fortunes.

Chelsea have a solid foundation thanks to the sterling work of boss Thomas Tuchel, who won the Champions League in his first season and this campaign secured a third-place finish in the Premier League while reaching two domestic cup finals despite the distractions of the sale saga.

Significantly, Boehly already has institutional knowledge of what it takes to grow a club's brand, while putting out a winning team.

He was a key member of the ownership group that bought the Los Angeles Dodgers from Frank McCourt in 2012 for $2 billion -- then a record for a North American sports team acquisition.

In the decade since Guggenheim Baseball Management -- the investment group that also includes Mark Walter and Los Angeles Lakers great Magic Johnson -- took over a Dodgers team in disarray, the club have become perennial contenders.

They reached the World Series three times in four years, coming away empty-handed in 2017 and 2018 before winning the title in 2020.

The turnaround, along with the revitalisation of Dodger Stadium, was fuelled by a multi-million-dollar media deal and, under Boehly and his co-investors, the Dodgers have eclipsed the New York Yankees as the biggest-spending club in MLB.

"There is only one Dodgers," Boehly said at the time of the purchase. "It's not, 'Oh well, if you don't get this one, you can go get that one.'"

Boehly left Guggenheim Partners in 2015 and co-founded the holding company Eldridge Industries, of which he is the chairman and chief executive.

He is also chairman of Security Benefit, which has a commercial partnership with the Dodgers, and MRC, an entertainment company with businesses spanning film, TV, media and data.

Boehly has also expanded his sports interests. He is a part-owner of the Women's National Basketball Association's Los Angeles Sparks and last year joined with Walter to purchase a stake in the NBA's Los Angeles Lakers.

In recent weeks, Boehly has been able to attend matches at Stamford Bridge, both in the directors' box and also mixing in the stands among supporters.

The laid-back American appears to have the common touch, but emulating the sustained success of the Abramovich era -- with 19 major trophies in 19 years -- will be the true test of Chelsea's new regime.