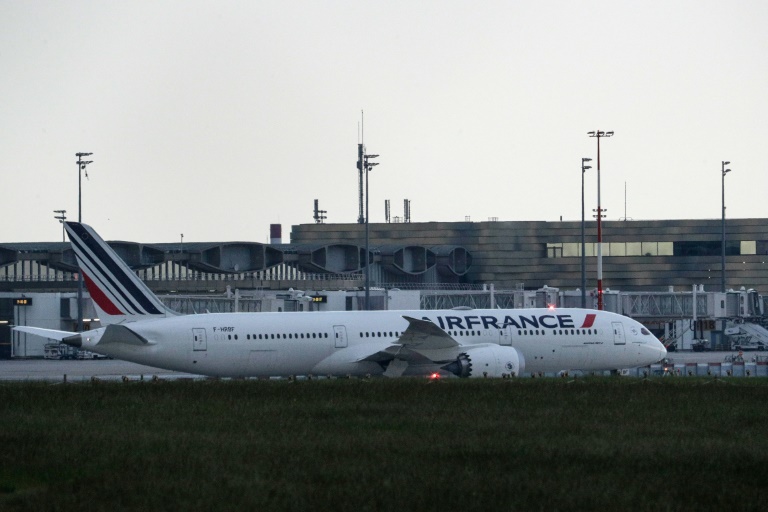 Deliveries on the 787 have been halted since May, a major factor in the company's third-quarter loss. AFP/Geoffroy van der Hasselt

NEW YORK - Boeing's troubles with the 787 plane dragged down results in the third quarter, resulting in another loss as the aviation giant struggles to fully recover from earlier stumbles.

Boeing reported a loss of $109-million, compared with a loss of $449-million in the year-ago period.

The company announced $1-billion in new expenses connected with the 787 Dreamliner, with $183-million coming in the third quarter.

A second charge of $185-million connected to the delayed test flight of the unmanned CST-100 Starliner capsule also hit results.

"We are driving stability across our operations, investing in our future and positioning our teams to deliver for our customers as the market recovers," said Boeing Chief Executive David Calhoun.

Boeing halted deliveries of the 787 in May following a series of issues with the plane. Earlier this month, the company said it would rework undelivered 787s after being notified by a supplier that some parts were not manufactured properly.

"The company continues to focus 787 production resources on conducting inspections and rework and continues to engage in detailed discussions with the FAA regarding required actions for resuming delivery," Boeing said, adding that it is currently producing two 787 jets per month.

Revenues rose eight percent to $15.3-billion, reflecting the benefit from returning deliveries of the 737 MAX. The jet was grounded for 20 months following two fatal crashes that plunged the company into a crisis that still reverberates.

Earlier this month, a US federal grand jury charged a former Boeing chief test pilot with misleading aviation regulators during the certification process for the 737 MAX.