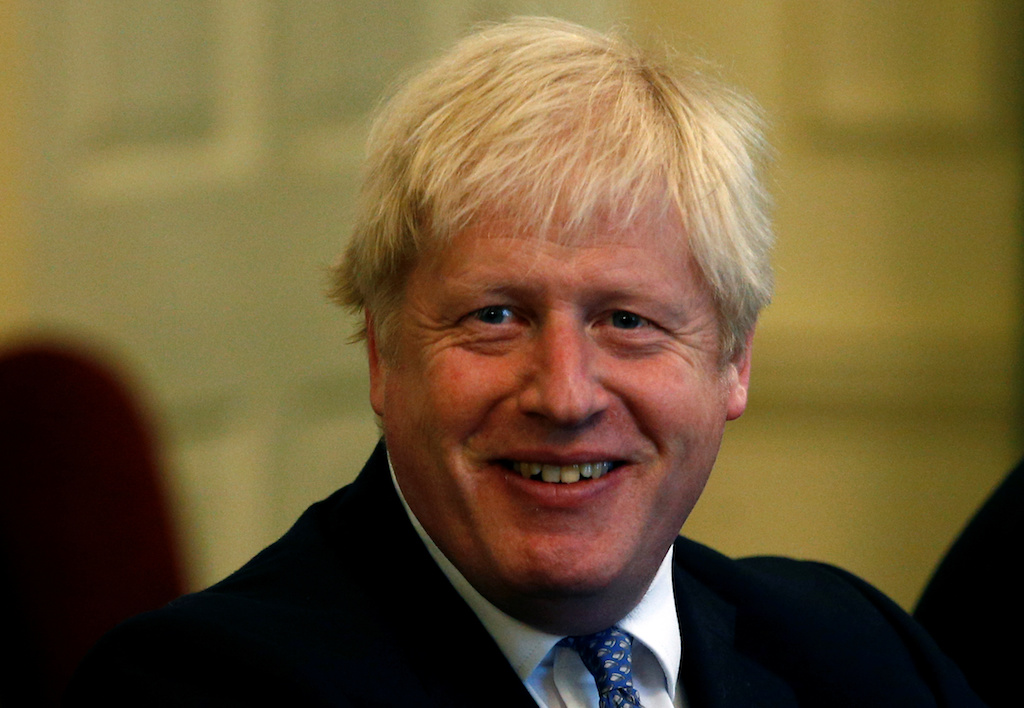 LONDON - British Prime Minister Boris Johnson has said he was not embarrassed after being filmed lying to the father of a sick child angrily confronting him during a hospital visit on Wednesday.

Johnson was stopped by the dad, whose daughter was being treated at the London facility, to hear complaints about cuts to health funding and criticism that he was using the visit as a "press opportunity".

The British leader could then be heard telling the father that "there's no press here" -- despite media standing nearby filming the incident.

"What do you mean there's no press here -- who are these people?" the man responded irately, gesturing towards the cameras, as the befuddled British leader struggled to respond.

Clips of the footage posted to social media immediately provoked a storm, with many commentators pointing out Johnson had clearly lied during the interaction.

Backers of the prime minister noted the father, who was revealed as Omar Salem, was an activist for the main opposition Labour Party.

Johnson took to Twitter late on Wednesday to address the incident -- without commenting on the falsehood he had told.

"I'm glad this gentleman told me his problems," he stated. "This isn't an embarrassment this is part of my job.

"It doesn't matter if they agree with me."

The uncomfortable confrontation for Johnson came on the same day Britain's Supreme Court heard accusations he is the "father of lies" over his decision to suspend the parliament.

Aidan O'Neill, a lawyer representing around 75 parliamentarians challenging the move, argued Johnson's advice to Queen Elizabeth II to shut down the legislature in the run-up to Brexit was unlawful.

"The mother of parliaments is being shut down by the father of lies," he told the court on the second of three days of hearings on the case.