Bottas on top ahead of Hamilton in opening Silverstone practice 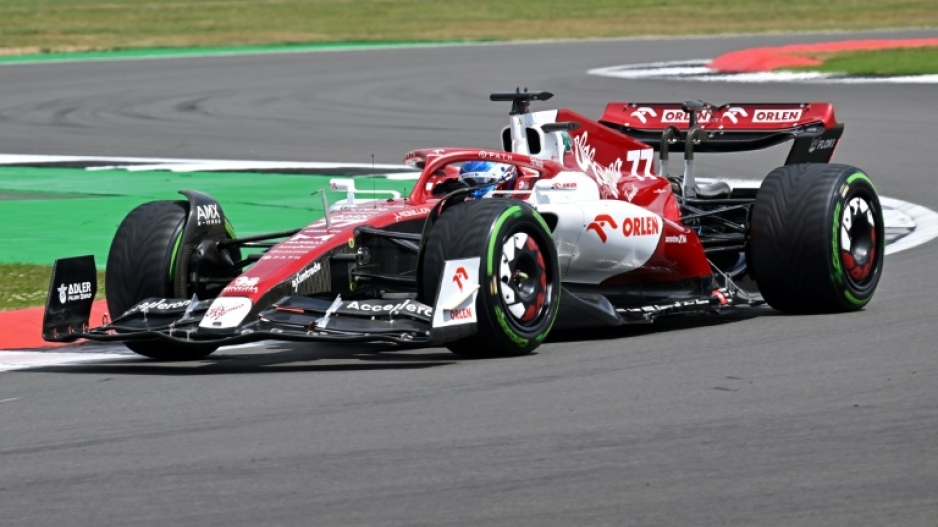 The Finn, who was Hamilton's Mercedes team-mate before moving teams this year, clocked a best lap time of one minute and 42.249 seconds in a relatively dull session with limited serious running for fast lap times.

Seven-time world champion Hamilton, the subject of offensive racist and homophobic comments by Nelson Piquet reported this week, was half a second adrift of Bottas, but ahead of Carlos Sainz, his Ferrari team-mate Charles Leclerc and Mick Schumacher of Haas.

There was little meaningful action and few incidents, but the session ended with a red flag when the under-pressure Lance Stroll spun into a gravel trap at Copse in his Aston Martin.

Bottas set his time on intermediate tyres in the closing stages after consistent rain had prevented any dry running for the teams, nine of which had arrived at Silverstone with major car upgrade packages. Only Alpha Tauri chose to appear with an unchanged car.

On a cool, wet day at the former airfield in central England, the heavily-upgraded Mercedes cars were first out and ran side-by-side down Wellington straight, to the delight of a big crowd, on what was merely an installation lap.

The rain intensified as Ferrari joined the action, but typically of the area the circuit was wet in parts, but remained dry elsewhere.

After 20 minutes, 17 of the 20 drivers had ventured out, but mostly to explore the track as Sainz, on intermediate tyres, clocked 1:42.967 in a brief spell of drying conditions.

By half-time in the session, only nine had registered competitive lap times, with Sainz leading Bottas and Leclerc and Hamilton re-emerging to please the fans and evaluate the package of new parts on his car.