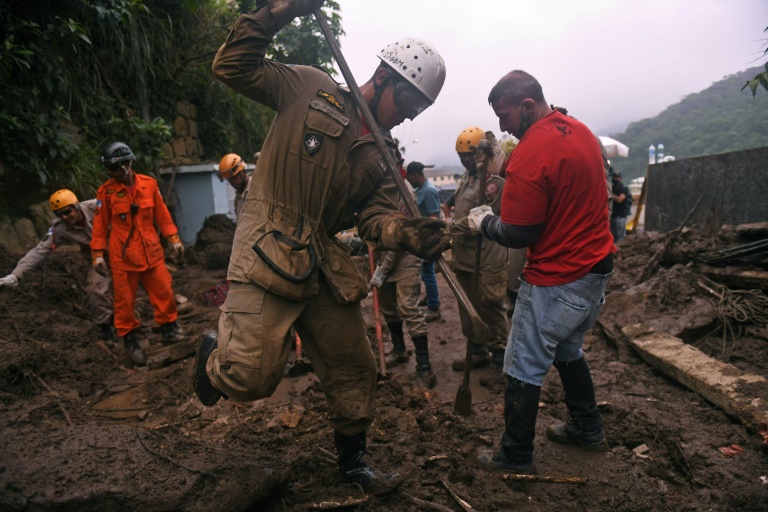 Firefighters and volunteers are seen during a rescue mission after a giant landslide at Caxambu neighborhood in Petropolis, Brazil, on February 19, 2022

The new toll means the storm is now the deadliest in the history of the southeastern city, a picturesque tourist town that was the 19th-century summer capital of the Brazilian empire.

It surpassed another violent storm in 1988 that claimed 171 lives.

Nearly a week after the tragedy, 143 of the 176 bodies recovered so far have been identified, officials said.

Twenty-four people were rescued alive in the early hours after the storm, but there is little chance now of finding more survivors beneath the wreckage, authorities say.

President Jair Bolsonaro flew over the disaster zone Friday, saying it looked like something "out of a war."

"I am deeply saddened to hear of the tragic loss of life and destruction caused by the terrible floods in Brazil," she said.

"My thoughts and prayers are with all those who have lost their lives, loved ones and homes, as well as the emergency services and all those working to support the recovery efforts."

Officials say at least 847 people are being housed in shelters after losing their homes or being forced to evacuate.

In the past three months, at least 230 people have died in severe storms in Brazil.

Experts say the violent rains are being made worse by climate change.